September 17, 2010
Your roving investigative reporter nonamedufus has learned that Terry Jones, who threatened last week to burn the Koran, inflaming - so to speak - an international uproar, has set his sights on a new target. 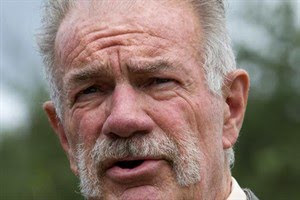 Koran Cuckoo
The former nincompoop nobody, in an attempt at a full half-hour of fame, exclusively told nonamedufus of his plans. "Christians are being persecuted by them. They're attempting to influence Americans and gain acceptance as an extremist force in this country", said Pastor Jones. "My congregation - those that are left after last week's little flame fiasco - and I are dead set against letting them overrun us, taking over our society and leading us into damnation."

When asked why he was continuing to persecute Muslims, Jones replied, "Muslims? Are you nuts, man? I'm talking about something much worse: those screaming tween twit fans of that infidel Justin Bieber!" 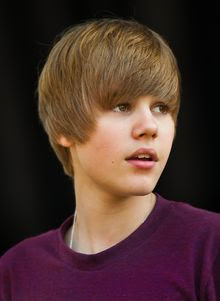 Satan's Singing Spawn?
Jones says he plans to burn Bieber records. "I haven't heard them but I know Bieber is of the devil. We're going to put a torch to that little Canuck crooner's catalogue. It's time to usher in a new order."

Jones said if need be he'd call on other members of his former comedy troupe to assist him. "Of course Chapman's dead, but Idle, Cleese and Palin aren't up to anything else right now. I'm sure my fellow Pythoners will pitch in." And he aded, "People think this Dove congregation's dead. No it's not. It's just sleeping." 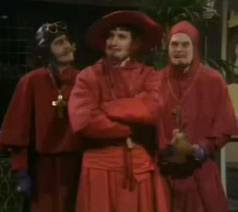 No one expects the Bieber inquisition.
Unlike the reaction to his plan to burn the Koran, Christians and Muslims alike rejoiced around the world.


This post appeared originally at my home away from home The Parody Files.

Cruella Collett said…
About time! I haven't heard any of Bieber's records either, but I have seen several pictures of him, and I know in my heart that there is no way anyone can have a hair-do like that and NOT be affiliated with Satan.
17 September 2010 at 08:22

nonamedufus said…
Cruella: You know I really have to apologize on behalf of all Canadians for springing Justin Bieber on the world. First William Shatner, then Celine Dion and now this. I am so sorry. ;(
17 September 2010 at 08:47

K A B L O O E Y said…
There is NO WAY any of the Pythons could be that stupid (and I don't mean stupid based on your funny parody, but based on the cold, dumb, inflammatory facts). Well, maybe Graham Chapman would have spouted that nonsense as a sick joke, but look what that kind of attitude did for him.
17 September 2010 at 09:48

nonamedufus said…
KABLOOEY:They might have gotten a good skit out of the whole thing. Maybe they'd have Jones in high rubber boots shouting from the middle of the street "May brain hurts."
17 September 2010 at 10:38

Anonymous said…
See there's always something positive to find about people even someone as jacked-up like Mr. Cuckoo Koran.

nonamedufus said…
I love this quote from the "other" Terry Jones:

"Ludicrous concepts…like the whole idea of a “war on terrorism”. You can wage war against another country, or on a national group within your own country, but you can’t wage war on an abstract noun. How do you know when you’ve won? When you’ve got it removed from the Oxford English Dictionary?"
17 September 2010 at 13:24

Kelly said…
Sign me up for a Bieber Burning! Or better yet, tie him to a chair and let people have at that god-awful coiffure of his.
17 September 2010 at 13:47

nonamedufus said…
Quirks: How hot can you stand your BBQ sauce. I've got some "Holy Shit Habanero Hot Sauce" I can share. You're welcome.
17 September 2010 at 16:12

nonamedufus said…
Kelly: Wow! Who knew so many people had a hate on for this crooning Canuck. It gives us Canadians something other than the weather and Toronto to complain about.
17 September 2010 at 16:15

00dozo said…
dufus: Hardly - I was using a phrase coined by two characters in Second City TV - it was their general solution to everything they didn't like. Yeah, obscure.
17 September 2010 at 17:37

nonamedufus said…
00dozo: Oh, you're talkin' about Big Jim McBob and Billie Sol Hurok. Why didn't you say so. A most appropriate Canadian reference!
17 September 2010 at 20:09