November 02, 2010
Okay. Take heed all you animal lovers. If you're contemplating expressing your ardour for our four legged friends by making love to a donkey you'd best put it out of your mind unless you want it's owner to kill you.
Hee-haw. Don't laugh. It's true.
That's exactly what happened in Portugal where some guy slashed the throat of another guy who violated his donkey. 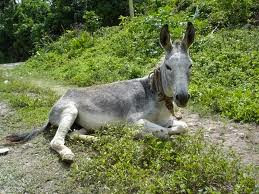 Anybody got a cigarette?
The fella's name was Jaime Pires but locals called him Jaime Sheep because he was quite well known for making the rounds with local animals. Police discovered Jaime in a pool of blood wearing women's underwear. Sure, the guy wasn't kinky enough bonking donkeys he had to wear women's undergarments while doing it.
Boy, I've heard of Dr. Dolittle, but this guy did a lot - almost every animal in the Village of Proenca-a-Velha, Portugal.
This guy really played around. He wasn't true just to one donkey. Gives new meaning to stuffing the turkey. Not to mention makin' bacon or that rock and roll classic ram-a-llama-ding-dong.
Maybe the guy was upset with the owner. I mean, after all, he rode his ass all the way to Proenca-a-Velha. 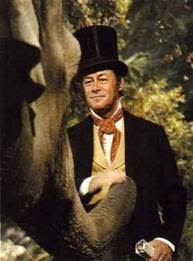 Dolittle my eye.
And he didn't just talk to the animals, as the song goes. He chatted them up, bought them dinner and then got down and rolled around in the mud with them. If you know what I mean.
It behooves me to say this but now I know why Ol' McDonald said "Ee-ie-ee-ie-oh!"

http://howtobecomeacatladywithoutthecats.blogspot.com said…
You forgot about the Push-Me-Pull-You! Explains that animal!
2 November 2010 at 08:44

nonamedufus said…
Boom Boom: Well I don't know if he encountered any of those. It might have doubled his pleasure, though
2 November 2010 at 08:52

nonamedufus said…
Anji: Wow, that's interesting. I think with this guy, though, a donkey with pyjamas wouldn't have stood a chance.
2 November 2010 at 11:12

And I'm sorry but I have to correct you sir.

nonamedufus said…
Quirks:
Q: Do donkeys smoke after sex?
A: I dunno. I never looked.

00dozo said…
I guess he was hardly sheepish about pursuing such endeavours.
2 November 2010 at 16:31

Linda Medrano said…
Dufus, I have no idea what to say about this guy. I'd like to see him try this with my pit bull Honey. He would have ended up a changed man.
2 November 2010 at 17:39

nonamedufus said…
Nicky: I don't know why, but that llama thing came to me out of the blue. Now if the guy's name had have been Al I might have been able to work something in about an alpaca.
2 November 2010 at 18:31

nonamedufus said…
Ziva: You should have done your research. After all you could have burro-d a little deeper.
2 November 2010 at 18:32

nonamedufus said…
Linda: Well that may be but you have to give this guy an A for his dogged determination.
2 November 2010 at 18:34

nonamedufus said…
HumorSmith: I think you definitely may be on to something.
4 November 2010 at 07:57

MikeWJ at Too Many Mornings said…
I got really drunk once in college and saw this movie. I think it was a movie. Anyway, I still throw up every time I get near a bottle of tequila and a donkey.
4 November 2010 at 18:28

nonamedufus said…
Mike: I stayed away from donkeys. Although I knew a couple of asses in college.
6 November 2010 at 19:28

And I'm sorry but I have to correct you sir.