November 05, 2010
Randy Quaid, despite his protestations to the contrary, is crazy. The Hollywood actor and his equally loopy life-partner Evi are seeking amnesty in Canada. Uh, huh. Why? Because the the two are convinced "Hollywood star whackers" are out to kill them just as they have Chris Penn, David Carradine and Heath Ledger. 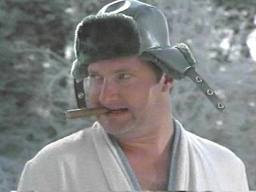 Say what? Oh, yeah. Now you know why they call Southern California "la-la land". These two are a couple of fruit loops.

And you thought the Baldwin brothers were Hollywood's haywire family. 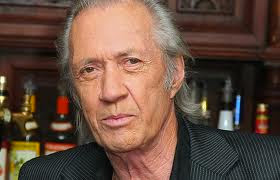 I'm starting a petition right now to urge the Government of Canada to send Randy Quaid back to where he came from. Who'll join me?

Think about it. What's next? Charlie Sheen seeks refugee status because he'll be persecuted by prostitutes in his homeland? Paris Hilton hightails it North because someone told her, in her words, "It's hot." Oh, I know, I know. David Spade wants to start life over in a Canadian sit-com. He'd be better off in the witness protection program where no one would see him. Oh, then I guess a Canadian sit-com would be perfect. I mean, holy crap, folks. Canada could soon be deluged by freaked-out unfunny Hollywood types. We could become a dumping ground for around the bend American actors.

And if you let one in, you'll have to let them all in. And you know what'll happen then? Geez, Celine Dion will want to come home. 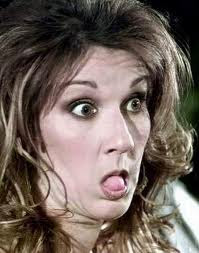 Dion - Weird!
This whacked-out tale first appeared at Parody Files, a pretty whacky place in itself.

But you hurt me wicked hard when you dissed fruit loops. That happens to be one of my faves, brings back many loony and loopy memories.

I think Quaid actually played "himself" in Independence Day - I mean, really, he played it perfectly.
5 November 2010 at 15:02

nonamedufus said…
Linda: Yeah, that other guy's definitely dead. Quaid only died in a movie.
5 November 2010 at 18:14

Whitey said…
Couldn't we just put them all in the Michael Moriarty compound in Maple Ridge?
6 November 2010 at 18:11

nonamedufus said…
Whitey: Hey, that's a great idea. I completely forgot about Michael Moriarty. This harbouring of American ass-hats started when we gave that guy citizenship after he drank himself silly in Halifax bars after his turn on Law and Order. Why do we keep doing this to ourselves?
6 November 2010 at 19:23