Some Random Just Us Tweets

The anti injustice campaign continues over at Humor Bloggers Dot Com. I'd like to use this occasion to get something off my chest. Is it me or has Twitter become a new haven for spam?
Now don't get me wrong. I like Twitter. It's a great time waster. But in a good way, not a waste of time if you know what I mean. I know others though who have stopped twittering but I'm afraid I'm still hooked. I mean how else would I know what a ditz Kirsty Alley was or how shallow John Mayer was. Or that John Larroquette has a blip.fm addiction. Or that Danny deVito is right over the edge. I mean sometimes Twitter's way better than, say, TMZ or Entertainment Tonight. Imagine if Michael Jackson had tweeted? 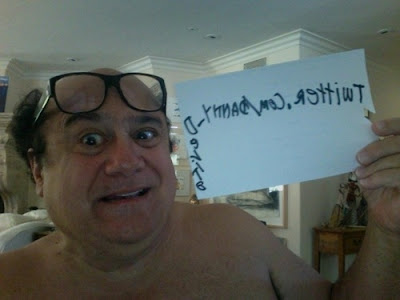 But as with anything else, you've got to take the good with the bad. And sometimes Twitter has become a deep injustice to my intelligence and my patience. For example, does anybody know what the white teeth secret is that dentists don't want you to know about? If you do, let me know, eh? People keep tweeting that question, but no one seems to know the answer. Well, except maybe for those tweeters that waste their 140 character messages - and my time - posing that question. It's what RevTwt is all about. People get paid for including links in their tweets that drive chirpers to product-laden sites. Hey, if I wanted to be inundated with ads, I'd watch TV!
Horoscopes. Another bizarre tweet subject. Why do people want other people to know what their horoscope is? Has anyone actually clicked on the link to see the horoscope of a total stranger. If you have, I hope you're not stalking, I mean following me. I mistakenly subscribed to this service when I started chirping and just recently unsubscribed. Just sharing a little TMI for my liking. 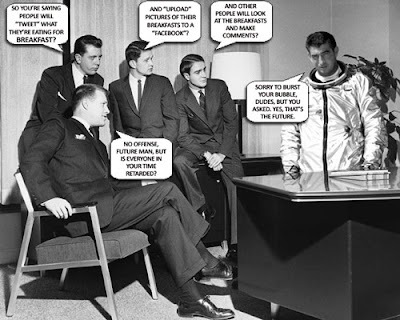 And what's with every wanna-be porn star in North America wanting to follow me? Not a week goes by where I don't get several notifications from users with erotic-sounding names that they're following me. Hey, I'm a happily married, middle-aged, white guy. If only we had Twitter in high school.
Finally a tweet pal of mine @deadrooster (now there's a username to go with this story) shared with me something that came his way, in a manner of speaking - a Twitvert for penis enlargement. Now these things are always coming my way as e-mail spam. How they found out I'll never know. But to cut our story short, metaphorically speaking, the link to the tweet promises men they can...
...enlarge your penis 1-4 inches using the penisadvantage.com natural penis enlargement system or your money back...
And just what might be this mastiff-inducing magical marvel? Read on...
A Genuine Way To Enlarge Your Penis At Home - Using Just Your Hands - And You Can Start Today
Using just your what? Uh-huh. Your...hands. Hey guys, if they're my hands, why would I send YOU money?

http://howtobecomeacatladywithoutthecats.blogspot.com said…
I promise never to try to sell you teeth whiteners or penis enlargement products. I'll simply ask you to send money directly to my paypal account for no good reason. Because I like you.
9 November 2009 at 07:44

I was worried that you were going to grace us with a pic of Danny Devito AFTER using the penile enhancer.

Zen Fire said…
Hi, just found you, very funny post and I do not even tweet or twitter or whatever, I have enough to do.
As for paying "them" for what you can do for yourself, how else would you get screwed?
The secret of teeth whiteners is that yes... you can do it yourself for next to nothing. It is sort of like the penis englargement thing, only oral. Sigh.
9 November 2009 at 11:47

Me-Me King said…
Thank you for raising awareness of this ongoing injustice. I, for one, am tired of the offers, the "gifts" and those wanting me to join their mafia.

MikeWJ at Too Many Mornings said…
I hate all spam, on Twitter or anywhere else. But I would like to know how I can enlarge my penis by 4 inches because I'd love to have a 16-inch penis. Please forward that one to me, OK?
9 November 2009 at 14:18

DeadRooster said…
Using just your hands, huh? There's no particular reason I should know this, but I'm pretty sure that won't work.

Thanks for mentioning me (even though it was in conjunction with penis enlargement... for no particular reason).
9 November 2009 at 17:03

nonamedufus said…
DeadRooster: Sorry, guy but I thought @deadrooster juxtaposed with penis enhancement was quite funny! Thanks for the link - in a manner of speaking.
9 November 2009 at 17:39

Waltsense.com said…
I used to think I was a stud because of all the myspace models following me....not I am John Wayne on Twitter - it's amazing the women who wish to befriend me ...only to lead me to a hacked site and empty promises.
10 November 2009 at 21:28

DeadRooster said…
Using just your hands, huh? There's no particular reason I should know this, but I'm pretty sure that won't work.

Thanks for mentioning me (even though it was in conjunction with penis enlargement... for no particular reason).
12 May 2011 at 15:14

B J said…
Hi, just found you, very funny post and I do not even tweet or twitter or whatever, I have enough to do.
As for paying "them" for what you can do for yourself, how else would you get screwed?
The secret of teeth whiteners is that yes... you can do it yourself for next to nothing. It is sort of like the penis englargement thing, only oral. Sigh.
12 May 2011 at 15:14