November 20, 2009
Before we go any further, I've got a question. What the heck is a mok anyway?
*Googles*
Let's see, the #1 ranked item is the Urban Dictionary and that says...
*Giggles*
Hmmm... no kidding?
Wait a minute is that my picture?
Oh, are you still here? Sorry I got sidetracked there. I wanted to get back to the topic at hand, the subject of today's injustice, our weekly Humor Blubberers Dot Com diatribe: political correctness. And today's question: has it run, urm, er, amok?
You know, I was willing to go along when people got offended by things like "the little lady" usually used in a sentence with "in the kitchen barefoot and pregnant" (those were the days) but now people have their politically correct radars on 24-7 and that's such a freakin' injustice.
News comes this week that political correctness has finally run amok. The U.S. Supreme court has refused to hear a case launched by Native Americans that the name of the NFL's Washington franchise is racist. (I guess their mommas didn't raise any fools.) Redskins? What's racist about that...it's a homage to the proud Native American Indians. Oh wait a minute, Native and Indian is redundant...but it's not racist. See what I did there? Now Rednecks would be racist. That'd be a slam against dumb, white-trash, trailer park people. And the NFL wouldn't do that. Hell, that accounts for half their demographic. Besides, it's not their name but their 3-6 record this season that's offensive! 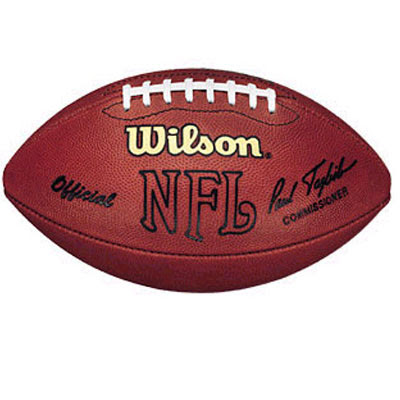 An inflatable sphere made from the outer covering of a donut-eating human in a blue uniform.
But where does this stuff stop? People are upset with the MLB's Atlanta team - the Braves. Would they have us call them the Cowards. No, that would offend milquetoast, lilly-livered, teeny-weineyed wimps everywhere and we couldn't have that. They account for the majority of steroid-bulked up players too scared to play straight. How about... 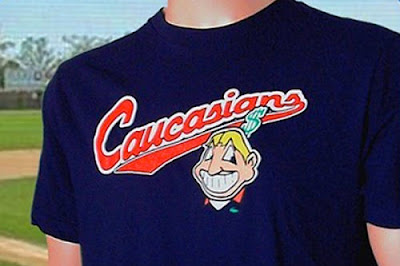 Atlanta's 3rd sweater proving popular.
Political correctness isn't limited to sports. Oh, no. Since the Christmas season is almost upon us I thought I'd perform a little public service (you leave my mok out of this) and remind everyone we can't say that word anymore. It's too Christian centric. Now we have to say Happy Holidays. And holiday tree and festive turkey and so on. George Kostanza's Dad on Seinfeld had the right idea. He got rid of Christmas and substituted it with Festivus for the rest of us! 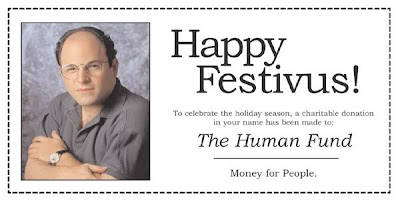 And if you're worried about what to sing at Chris... (damn) the holidays Ezine@rticles has a long list of what used to be Christmas Carols. But since that would offend all Christians named Carole we'll just have to call them holiday humables (catchy!). Here's my Top Five:
We Wish You a Merry Christmas
We Wish You A Merry Non-Religious-Specific Day Off In Winter
Oh Come All Ye Faithful
Oh Come All Ye of Extreme Loyalty To Non-Material Evidence
Little Drummer Boy
Vertically-Challenged Drummer Child of Undetermined Gender
I Saw Mommy Kissing Santa Claus
I Saw My Gynocentric Guardian Kissing a Non-Gender Specific Person Who Is Known To Wear A Red Suit
Good Christian Men Rejoice
Evil Narrow-Minded Homophobic Racist Misogynist Men Get Drunk and Abusive
And to all a "good night"!

Donnie said…
I'm a believer in gun control, i.e. a good, steady shot. Your "little friend" on your sidebar is the perfect solution to political correctness run amok. Those amoks can't be too hard to take down with the a little gun control.
20 November 2009 at 10:41

nonamedufus said…
Don: I'm with you Don. I support sleeveless shirts. We should have the right to bare arms.
20 November 2009 at 11:14

Chris said…
Yeah, the whole sports team controversy is just stupid. What's wrong with the Seminoles? It's respectful, if anything.

MikeWJ at Too Many Mornings said…
Hey, let me the first to wish you a Happy Festivus, NoName! Enjoy the people!
20 November 2009 at 14:29

nonamedufus said…
Mike: Oh, you're the first. And in return let me wish you a mirthful holiday that celebrates conquering American Indians.
20 November 2009 at 14:59