Fun With Pic and Pain 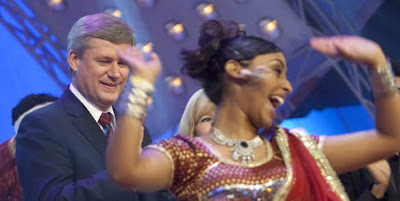 While reluctant at first, the Prime Minister was warming up to these belly dance classes his wife had signed him up for
The Prime Minister of Canada, and his office, are known to control the media. The PM does a grave injustice to the Canadian people when he shuns news conferences, avoids reporters and photographers, issues tightly-scripted statements and shares "official" photos with media outlets that only show him in the best light.
Guess what? nonamedufus has found a couple of unofficial photos and as a public service has captioned them for your edification and amusement and, as the rest of the bloggers at Humor Blubbers Not Calm are doing this month, to right one of the many injustices in our society today. So while being constantly subjected to staged events and pics from the Prime Minister's Office is a pain, today turnabout is fair play... 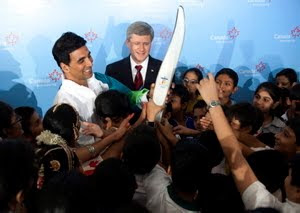 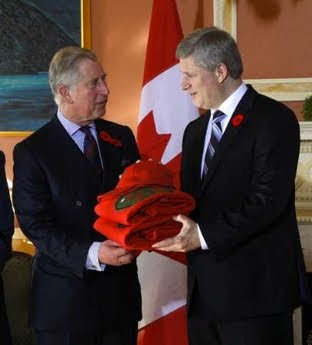 Charles, just take the hat and blankets and go home. It worked for the Indians. 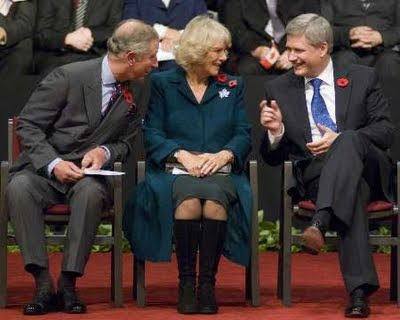 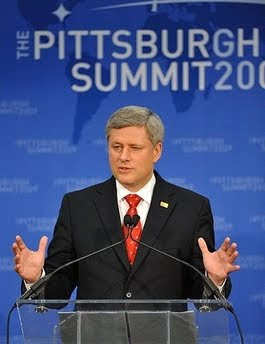 And then Camilla told me, 'Pshaw, it's really this big...' 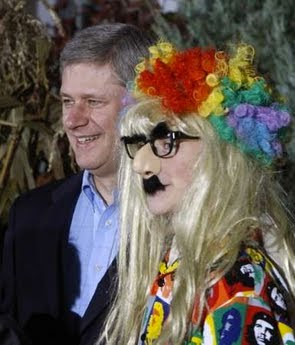 Stephen Harper and the woman behind his H1N1 roll-out strategy 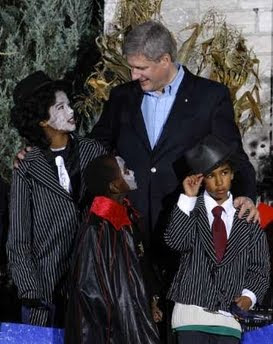 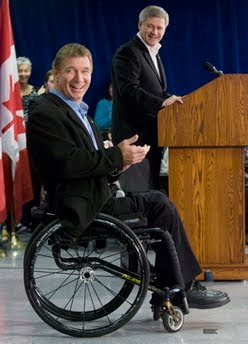 One of these men is handicapped 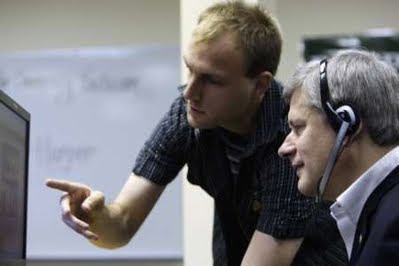 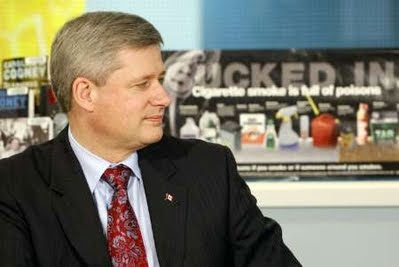 Hmm, that could be our new campaign slogan 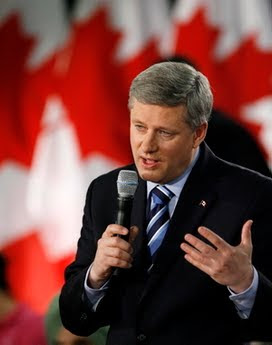 Should five per cent appear too small, be thankful I don't take it all, 'cause I'm the taxman
* Photos courtesy of Canadian Press

Anonymous said…
I wished I looked so good in all my "unofficial" pictures.

I usually have my mouth opened wide, my face scrunched up, a finger possibly picking my nose.

But at least I have no clown pictures.

Now THAT would be bad!

Donnie said…
Wow, sounds like you have a honky version of Barack O'boy... Are we to believe Camilla or Diana on the size thing? I'll go with Camilla because she can fight back.
My verification not too good today: "nonsord"
19 November 2009 at 10:03

Me-Me King said…
Well done, Dufus. I seem to have a better understanding, a light bulb moment, when there are pictures to illustrate the point.

MikeWJ at Too Many Mornings said…
Funny stuff, NoName. And I can't help but wonder if Charles still wants to live in Camilla's pants. One of the greatest quotes of all time from politics.
20 November 2009 at 14:32