Put Your Finger In The Air

I'm here today to take issue with the symbol of Anti Injustice Week used by those sycophants (ooo-hoo...such a big word so early in the week) over at Brown-Noser Dot Com.
That picture up there - yeah, the clenched fist - is a friggin' injustice. What are we, Black Panthers or something? Somebody, probably that blonde bimbette with that cutesy name who lives in a fall-out shelter in Idaho and offends me, dreamed up this symbol and the rest of us sheep just fell into line, yeah, to extend the mutton metaphor, just like lambs to the slaughter.
Using a clenched fist is an injustice. We should have at least extended a digit. Look at this guy. He knows how to express an injustice! 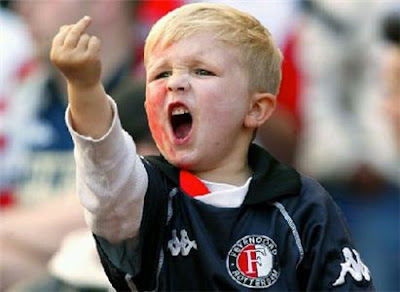 You go guy. Now that's the way to flip the bird. You know, sadly not everyone is able to "give 'em the finger". Consider poor Jerry Garcia who lost two thirds if his middle right finger at the age of four when his brother, while chopping up some firewood, missed the log Jerry was holding. But it didn't stop him from playing the guitar. 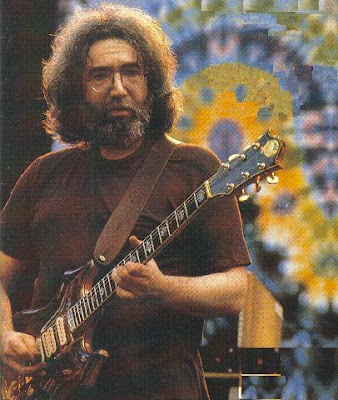 Speaking of which, Jerry - and many other guitar players - use finger picks. 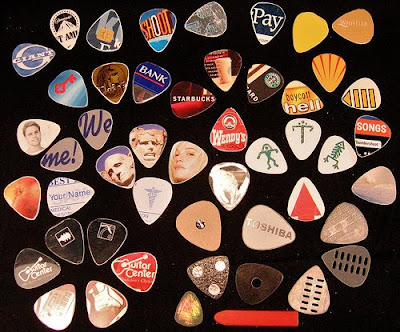 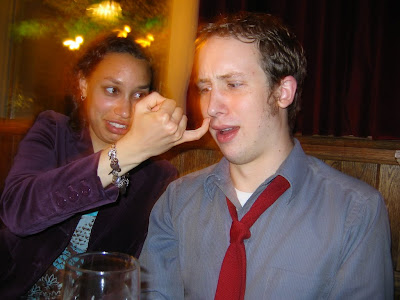 After that be sure and wash your hands before preparing fish fingers for dinner. 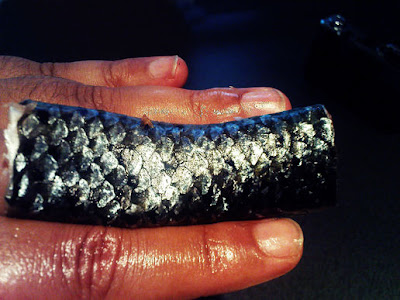 And be careful in preparing finger food for that cocktail party. You don't want to lose a digit like Jerry. That'd be some real finger food! 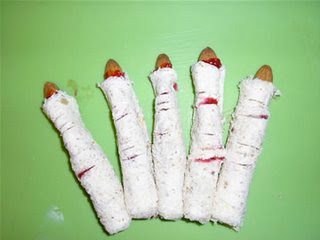 Frightening Fingers
5 slices 100% whole grain bread (I used multigrain – the seeds look like warts!)
5 tsp 100% fruit raspberry jam
5 whole almonds
Cut off the crusts and flatten the slices of bread with a rolling pin. Spread about a teaspoon of jam on each piece lengthwise (about a half inch in from the edge). Roll up the slices to resemble fingers. Make two sets of three indentations with a knife to form the finger joints. Stick an almond into each tip to form the nails (make sure the jam seeps out a little for effect!).
You know it's a real injustice that the lowly finger isn't (p)raised more often. You can use it to jab, to dab, to vote, to point, to flip, to type, to dial, to pick and a few other things we won't go into here.
But you know what my favourite has to be? 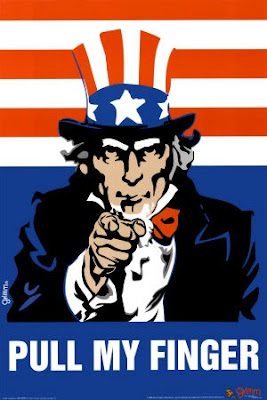 nonamedufus said…
Rohini: Crazy is me. Glad you enjoyed it. Thanks for dropping by and enjoying what you saw enough to follow me. Appreciate it.
17 November 2009 at 08:06

Anonymous said…
Yum. Those remind of the first zombie fingers I ever saw.

Me-Me King said…
Whew, at first I thought you were talking about me until you got to the fall-out shelter in Idaho.

Anyway, this is hilarious! My mother always refers to the finger being given as "potty hands".

Donnie said…
Let's don't forget Bill Clinton's favorite use of a finger. Hell, I was going to say putting his finger into the air to check the mood of the country that day. Then I suddenly thought about cigars. I ain't blowin' smoke either.
17 November 2009 at 20:54

Anonymous said…
This comment has been removed by a blog administrator.
16 December 2009 at 11:06