Halloween In Canada - Festival Of The Very Stupid

The folks over at Humor Bloggers Dot Com are celebrating all things ghoulish and gobliny - with the odd zombie thrown in - all week during their Halloween Humor Carnival. In keeping with that theme, today I've decided to take a look at something that scares the bejeezus out of most Canadians...

Few people know of the Canadian connection to Halloween. Were you aware of the secret society in the Haunted House of Commons that worships at the feet of the electorate? Oh yes. According to that well-known and respected source of information - dufuspedia - Halloween has it's origins in the ancient political festival known as election which is derived from Lower Canada and means "sanity's end".

The celebration has some elements of a "festival of the very stupid". The ancient Lower Canadians believed the border between bad government, this world, and good government, or Otherworld, became thin at election, allowing spirits (both harmless and harmful) to pass through. The nation's ancestors were honoured and invited to form a government whilst harmful, sitting politicians were warded off. It is believed that the need to ward off harmful spirits led to the signing of cardboard ballots with Xs. Today this is known as "craps".

In Canada's last Halloween the following ghosts and goblins "crossed over". 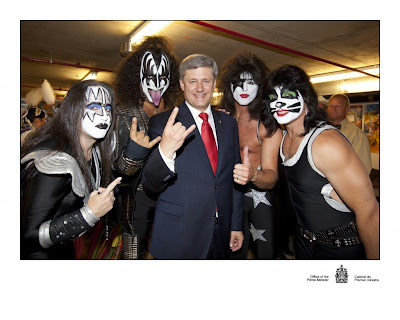 Stephen "Kiss Me Quick" Harper - masquerading as a Prime Minister 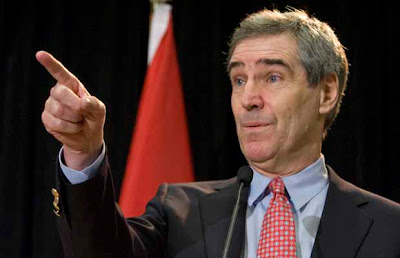 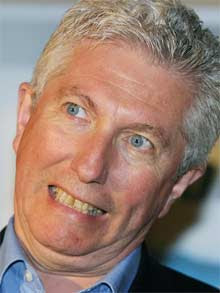 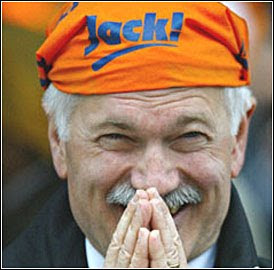 http://howtobecomeacatladywithoutthecats.blogspot.com said…
Talk about some scary costumes! No way am I trick or treating in Canada this year!
26 October 2009 at 14:02

Chelle Blögger said…
Ha! My birthday is on ALL SOULS DAY, or as I like to call it All Saints Day.

Fitting you were born on All Saints Day? Absolulely, boss *bows three times and crosses himself*
26 October 2009 at 15:27

Donnie said…
One thing for sure is here in the states when Halloween is over the politicians masks comes off and he shows his true colors. Assholes!
26 October 2009 at 17:47

Leeuna said…
Ooooo. Scary stuff, this thing you call politics. Actually the only thing more scary than a sitting politician is one who is talking...out loud.
26 October 2009 at 18:49

Anonymous said…
Hey nona - I know I've been absentee... but I saw this pic today and thought of you and your caption game. :-)

realtor in Vancouver said…
What an awesome pic of the Kiss, Harper fits in right away...haha!

Unfinished Rambler said…
I agree with you with your comment to Don. I think it's Halloween for politicians here in the states year-round. They all have their masks, hiding something -- sometimes illegal activity, mostly big paychecks at taxpayer expense. :(
31 October 2009 at 09:42

nonamedufus said…
UR: It's a pretty sad commentary about politicians that the majority of people feel that way isn't it?
31 October 2009 at 12:53

Anonymous said…
Hey nona - I know I've been absentee... but I saw this pic today and thought of you and your caption game. :-)

Knucklehead said…
KISS! You wanted the best, you got the best . . .

realtor in Vancouver said…
What an awesome pic of the Kiss, Harper fits in right away...haha!