October 22, 2009
No I'm not talking about a hardening of the arteries, but then again a congestion of this kind of artery may result in high blood pressure.
The Urban Dictionary defines "traffic" as: a collection of cars, all of which just so happen to have left for their destination at the exact SECOND as you and are in the same spot as you, at the same time as you, illegally defying the law of probability. Also an old band that Steve Winwood used to play in. Traffic. It's the bane of our existence. Whether it's crawling down the road during rush hour or maneuvering in and out of road construction, there's just no avoiding...TRAFFIC. Here's a few lighter items for you to recall the next time you're stuck in traffic, that gives truth to that old maxim "There's always somebody worse off than you". 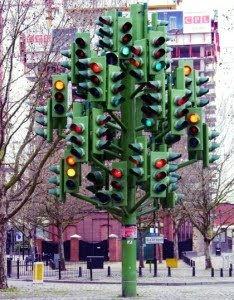 A little old lady was standing on the street corner waiting for the light to turn green when all of a sudden she heard a "beep, beep" sound. She turned to the gentleman standing beside her and asked, "My word, what the heck is that beeping sound?" The man turned to the old lady and said, "Madam, that sound is to warn blind people that the light is turning red." "Land sakes," said the woman, "Since when did they let blind people drive???" 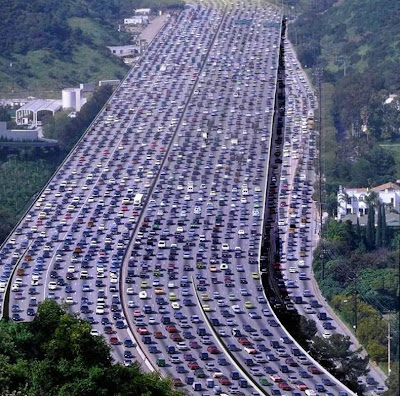 A snail was crossing the road when he was run over by a tortoise. A policeman came along and asked him how it happened. "I don't know," replied the snail, "It all happened so fast! 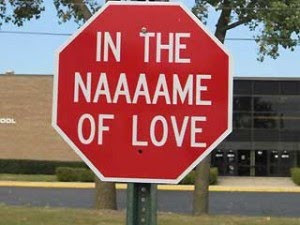 One morning, a woman and her baby wee taking the bus. As she entered the bus the driver says, "Wow, that is one ugly baby!"
The woman is deeply hurt, and she takes a seat next to an elderly man. The man asks her, "What's wrong? You look mad."
She replied, "I am. That bus driver just insulted me."
You shouldn't take that from him," the man says. "He's a public servant and should show you respect. If I was you I would take his badge number and report him."
"You're right sir, I think I will report him."
The elderly man says, You go on up there and get his badge number, and I'll hold your monkey for you." 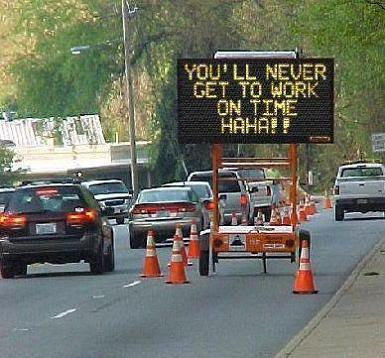 A man was driving when a trafic camera flashed. He thought his picture was taken for exceeding the speed limit, even though he knew he was not speeding. Just to be sure he went around the block and passed the same spot, driving even more slowly, but again the camera flashed. He thought this was quite funny, so he slowed down even further as he drove past the area, but the traffic camera flashed yet again. He tried a fourth time with the same result. The fifth time he was laughing when the camera flashed as he rolled past at a snail's pace.
Two weeks later, he got five traffic fine letters in the mail for not wearing his seatbelt.
For more takes on "traffic" motor on over to the the folks at Theme Thursday.

Jill from Killeny Glen said…
Okay...I laughed out loud about the baby/monkey on the bus!!!

the joke with the punchline "when did they let blind people drive?" reminded me of a real life story a friend told me about her elderly mother getting a handicap sticker from her state's dmv because of a rapidly progressing macular degeneration. yikes!

Brian Miller said…
lol. i would love to reprogram the road signs like that. did you see last year when someone did and had them saying zombies ahead? too funny. like the tourtoise and snail...all about perspective.
22 October 2009 at 08:25

nonamedufus said…
Wings: We don't get traffic jams like that where I live. I couldn't imagine coping with that every day.
22 October 2009 at 08:36

Moooooog35 said…
Sitting in traffic = my only alone time of the day.

Me-Me King said…
I hate traffic!!! I always feel I'm being punished for something as I sit and sit and sit. BTW, I LOLed at the bus story - funny!

Ed said…
I cannot believe we didn't duplicate photos on our posts. I had a couple of those but didn't use them in the end. Funny stuff!
22 October 2009 at 10:55

Donnie said…
Poor lady and that butt ugly baby. I've seen a few of those creeping around town. Thank God I don't have to deal with the traffic in the picture! What a nightmare daily!
22 October 2009 at 18:27

Megan said…
That traffic light picture is hilarious - where is that?

Chris said…
Great stuff, Dufus. Loved the "Late for work, HAHA" one. Living on SoCal, traffic is just a fact of life. A crappy fact, but a fact nonetheless. When my daughter was about three, we were sitting in the parking lot known as Interstate 10 and she asked what I thought was a brilliant question:

"Why doesn't the person in front just go faster?"

nonamedufus said…
DK: We have an expression for rush hour traffic which i'm sure is universal: "hurry up and wait"
23 October 2009 at 15:02

Baino said…
Haha much fun. Please tell me those traffic lights are a sculpture and not meant to be 'read' by motorists!
23 October 2009 at 18:02

Dreamhaven said…
Great pictures and stories.
I found the electric sign especially funny and the guy who got those tickets deserved them,lol
23 October 2009 at 22:51

MikeWJ at Too Many Mornings said…
I once spent four hours on the LA freeway driving 17 miles. I wanted to start shooting. But if I'd had this post with me, I might have made it through with a smile.
24 October 2009 at 02:08

nonamedufus said…
Deamhaven: Yeah, whoever programmed that sign had a great sense of humour.
24 October 2009 at 10:36

nonamedufus said…
MikeWJ: Toronto, Montreal and Vancouver would have to be the worst Canadian cities for traffic. But still they don't compare to what you've described.
24 October 2009 at 10:38

Anonymous said…
This comment has been removed by a blog administrator.
2 December 2009 at 10:48

Anonymous said…
This comment has been removed by a blog administrator.
23 January 2010 at 01:57

Knucklehead said…
Great stuff, Dufus. Loved the "Late for work, HAHA" one. Living on SoCal, traffic is just a fact of life. A crappy fact, but a fact nonetheless. When my daughter was about three, we were sitting in the parking lot known as Interstate 10 and she asked what I thought was a brilliant question:

"Why doesn't the person in front just go faster?"

the joke with the punchline "when did they let blind people drive?" reminded me of a real life story a friend told me about her elderly mother getting a handicap sticker from her state's dmv because of a rapidly progressing macular degeneration. yikes!

Jill said…
Okay...I laughed out loud about the baby/monkey on the bus!!!