October 04, 2009
In Canada last week, editorial cartoonists had a field day with the problems facing Opposition Liberal leader Michael Ignatieff. He and his Quebec lieutenant had a falling out over who would run in one of the provincial ridings in the next election. The lieutenant resigned and allegations were made the leader was surrounding himself with 20-something political tykes from Toronto. Party members were questioning Ignatieff's leadership abilities.

Meanwhile, in the United States a couple of infamous politicians were releasing books last week and relations between America and Iran were definitely heating up in the wake of Iranian President Iamanutjob's appearance at the United Nations and rumours Iran was building nuclear weapons. 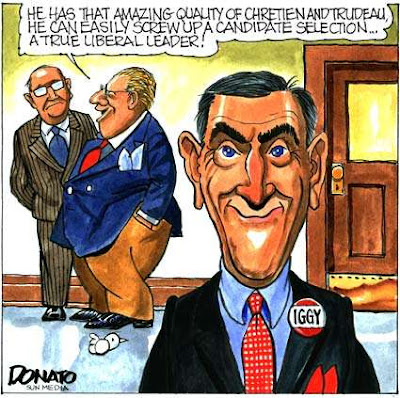 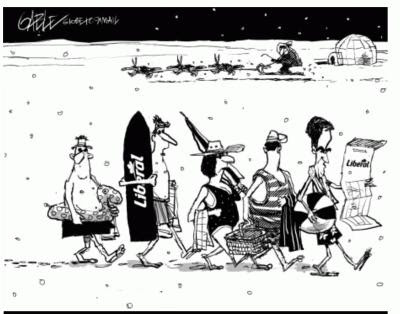 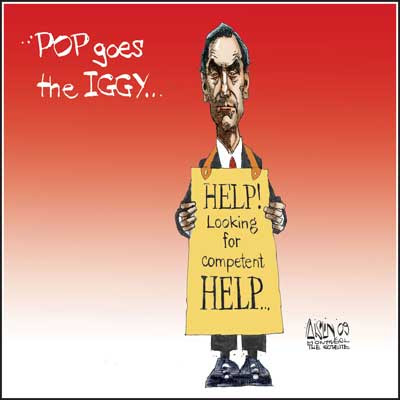 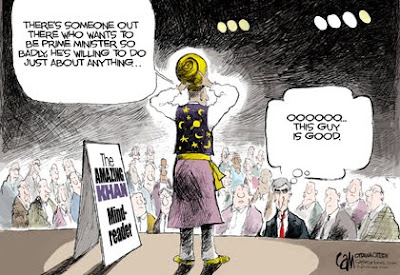 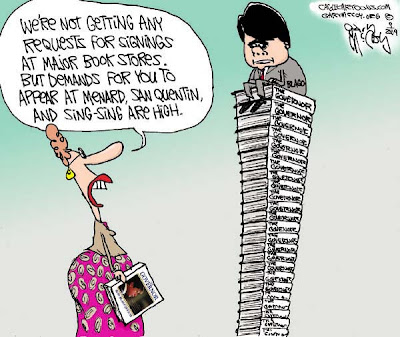 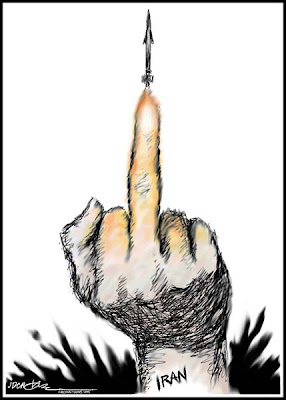 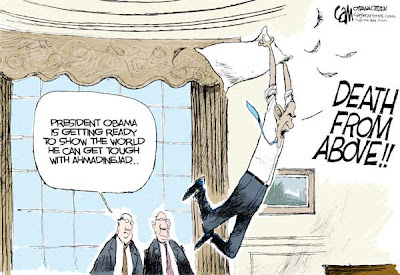 Donnie said…
Imagine. Blago with a book deal. The little pip must be out of money. Look at the bright side Blago. It wasn't your money to begin with. As far as Obama and his "toughness" are concerned, I have a nine year old granddaughter that could stare him down. Ooooooh. Tough!
4 October 2009 at 10:00

Me-Me King said…
Wow, it appears that the publishers are a bit more lenient than they are here in the US. Although I don't know a thing about Canadian politics, I find it these cartoons very interesting. I particularly like #3.
4 October 2009 at 12:33

nonamedufus said…
Don: Haha, I guess you and the last cartoonist have the same view, hence the pillow. (Hey, nice review at Stumble. Thanks, man.)

Anonymous said…
Speaking of Ignatieff, have you seen this attack ad against him that popped up the other week?
4 October 2009 at 21:35

Kelly P said…
Those funnies are funny.Especially the mid finger.That is good.All of it.LOL!
4 October 2009 at 22:04

nonamedufus said…
Susannah: Don't spam me with this stuff you tiny Tory. This is a humour blog not a political broadcast.