October 23, 2009
Today dufus goes behind the headlines to bring you the most accurate analysis there is on the interwebs, this side of Fox News. In this edition of noname news we bring you the news you probably can't use, and probably weren't interested in to begin with and spiff it up in such a way to prove beyond a doubt that the 10 minutes you'll have spent reading it is 10 minutes you'll never get back. Now, something I've always wanted to say: "This just in..."
Blago allowed to compete on Celebrity Apprentice - a U.S. District Judge has allowed disgraced Illinois Governor Rod Blagojevich to participate in the Donald Trump reality show. The show is going in a new direction this year. Rumour has it he'll go against Bernard Madoff and the former CEOs of GM, Lehman Brothers and Enron.
Gosselin kids suffer as pawns in split - well that's no surprise. While Jon and Kate may think they're a King and Queen, they're more like a couple of rooks. Check, mate.
Parliament Hill could lose heat - an exploding boiler left the seat of Canada's government and 28 surrounding buildings without heat this week. No problem. Members of Parliament usually generate enough hot air to heat the entire national capital region.
Phil Collins can't play the drums anymore - vertebrae surgery last April on his neck has resulted in his numb hands unable to grasp a drumstick. Must be hell at Thanksgiving and Christmas. Oh, drum sticks. Collins asked his doctor if he'd ever play drums again. His doctor told him, "Yes, sure." Collins replied, "That's great, 'cause I couldn't before."
Elvis Presley hair clump sells for $15,000 - good thing somebody had the foresight to snip it when they did. If he were still alive he'd likely be bald and wouldn't have any hair to sell. I don't know but I think whoever bought the locks got clipped!
Weakened Anna Nicole Smith fed by baby bottle in final days before fatal overdose - she's dead, Jim. How some celebrities live on in infamy beyond death is a grave matter. News comes Anna was so weak in her final days she could only be fed by baby bottle. Makes sense. She was so juvenile during her pregnanacy she continued to do drugs saying she was worried about the effect of withdrawal on the fetus. Uh-huh, yeah. Just who was the dope here? 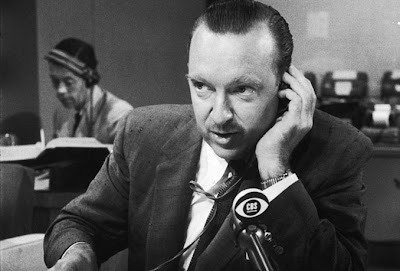 That was especially funny!

Skye said…
Hmmm my confirm word is "pedicar", is that a car that gives pedicures while you're driving it?

Donnie said…
You know you've hit the big time in racketeering when a federal judge has to clear you to appear on a t.v. show. Anna Nicole was used to sucking on things. I'm sure she died the way she was born. With something in her mouth. Dumb fake blond.
23 October 2009 at 15:22

nonamedufus said…
Don: I think we have to redefine "celebrity". To me there's a big difference between someone that we look up to and someone we consider an idiot.
23 October 2009 at 16:09

Chris said…
Thanks for my weekend chuckles, Dufus. Great work as always.

Knucklehead said…
Thanks for my weekend chuckles, Dufus. Great work as always.