October 27, 2009
'Twas the night before Halloween, when all through our home
Not a creature was stirring, not even a gnome
The pumpkins were carved by the front door with care
In hopes the Addams family soon would be there 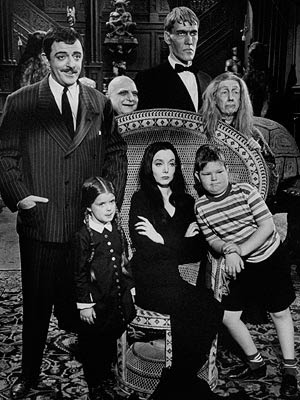 The children were costumed in orange, black and red
While visions of chocolate bars danced in their heads
Ma wore a kerchief, and I in my cap
Had just locked the door for a ten minute crap

When, what to my wondering eyes should appear
But Father Roy with a six pack of beer 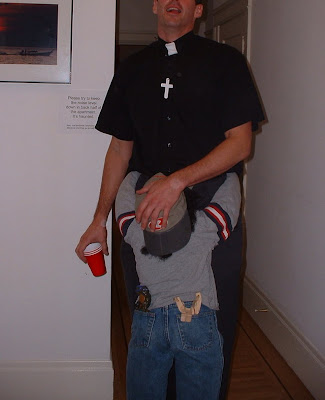 With a little young boy, who's name was Nick
I knew in a moment I must act real quick

More rapid than eagles my curses they came
And I whistled and shouted and called him names
Now Father you pervert, stop prancing you vixen
Is the the six beers why you're half blitzen?

So Father Roy ran off down the street
I've never seen any one so fast on their feet
And then in a twinkling I could hear myself say
Ma carved the pumpkin? No friggin' way!

As I drew in my hand, and was turning around
Down the hallway came Ma, I immedately frowned 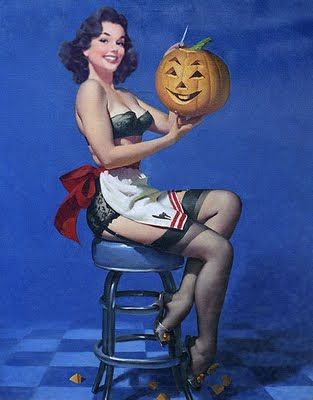 She was dressd all in...nothing...from her head to her foot
And her clothes were all...vanished...the point's really moot
A wee little apron she'd flung round her waist
And she looked like a virgin all proper and chaste
She'd carved the pumpkin what could I say
The results of her efforts were there on display
Ma's brother Bob had joined us by now
And seemed to be arguing with his wife the poor cow 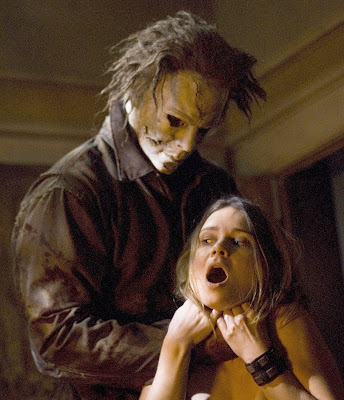 Her sweet little neck he held in his hands
And her cries encircled us like "battle of the bands"
He had a broad face and a little round belly
That shook when he choked her like KY jelly
He was tightening his grip she started to drool
And I laughed when I saw this, silly old fool
A wink of his eye and a twist of her head
Soon gave me to know she was certainly dead 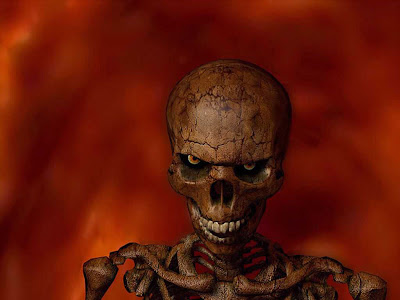 He spoke not a word but left straight for work
He had a lift with a friend, some redneck jerk
And sticking my finger inside of my nose
And giving a nod murmered "So it goes"
I sprang to the john and exhaled a long whistle
Happy to finally poople and pissle
But I heard Ma exclaim, as I pushed with all might
"Turn on the fan" that smells a fright." 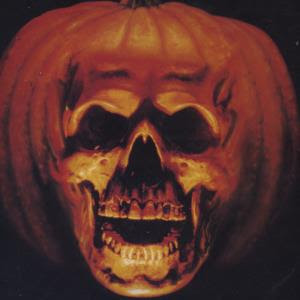 I love poopy posts and this was does not disapoop, erm, I mean disappoint!

Me-Me King said…
Bravo! Author, author! This is the funniest Halloween story I've ever read! Give the man a prize!

http://howtobecomeacatladywithoutthecats.blogspot.com said…
The picture of the skull must be of Clement Moore after he rolled over in his grave. Well done! Bwahaha!
27 October 2009 at 13:38

nonamedufus said…
thinkinfyou: Thanks. Canadians already had our Thanksgiving. Check my post from October 12.
27 October 2009 at 14:14

Unknown said…
Ah... I'm terribly amused how we both used the same poem and how the themes completely diverged!

Donnie said…
Wow! The work you must have put into that post! Well done. After reading this it looks like I may have to go back to writing parables for the Bible. Just kidding...wasn't me.
27 October 2009 at 16:55

ReformingGeek said…
Great poem. I'm going to be careful about pooping on Halloween.
27 October 2009 at 22:12

nonamedufus said…
Donna: Wow, a reaction like that makes creating this all worth while.
28 October 2009 at 05:49

I love poopy posts and this was does not disapoop, erm, I mean disappoint!