Is too much of a good thing a bad thing?

Views are mixed on this deep philosophical quandary regarding excess. 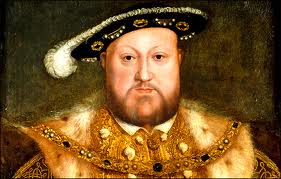 Henry VIII might be referred to as a man of excesses. He was married six times. And while these marriages may have worked out well for him they didn't always end well for his wives. Indeed, a couple  might have been said to have lost their heads over the man. Late in life Henry was plagued by excessive weight. His obesity contributed to his death at the age of 55. So, in his case a good life of excess did not end well.

It strikes me that too much of a good thing can be a bit of a double edged sword.

Let's look at a couple of examples.

First off, if I had an excess of money in my savings account that'd be a good thing, right?

I could pay off my credit cards, line of credit and mortgage and maybe take a vacation to France. I hear they have some great cheeses in France. I bet an excess of cheese would be a good thing. Well up to a certain point. Too much cheese and you'd have an excess of constipation and in that case too much might be a bad thing. But then after too much cheese one might have an excess of flatulence and that would be a good thing. Well, except for those around you for whom it would probably be a very odious thing.

Imagine that.  From an excess of 5 dollar bills to an abundance of flatulence - all in one paragraph. Who would have thought.

I read an odd story last week about a young Brazilian fellow who engaged in excess. He may have thought it was a good thing but it ended rather badly. Turns out this 16 year-old couldn't sleep one night and decided to take things into his own hands...literally. Police report the insomnolent idiot masturbated 42 times in a row before dying. I can only imagine what drove him to repeat this activity as many times as he did but there must have come (no pun intended) a point when he realized "Oh, I think too much of this good thing is a bad thing." But, no, he chose to continue much to his detriment.

Just an aside here. The story is so ridiculous can't you imagine people's reaction in the retelling: "Come again?"

My last view of excess involves Queen Elizabeth and the Royal family. In my view this lot isn't a good thing. Indeed too much of them in the media is a bad thing. Sure I'm Canadian and I know I'm supposed to love the monarchy and all that but sorry, do you know how rich the royals are? Yeah, and it's a lifestyle all funded by British taxpayers. Here in Canada, we're celebrating the Queen's 60th year on the throne. That's an awfully long time to spend in the bathroom. It may be the fault of that Blue Stilton cheese, maybe. Another example of too much of a good thing is a bad thing. Anyway, Canada is spending millions of dollars to celebrate the Queen's diamond jubilee. Millions of taxpayers' dollars. Now that's excess. An excess that annoys me.

You know, I've heard the Queen never really enjoyed her familial responsibilities. When Prince Philip would beg for a roll in the royal hay the Queen would rebuff his raunchy efforts. When he succeeded in bedding her, the Queen did not enjoy herself and it is said the only way she could endure Philip's amorous advances was to close her eyes and think of England.

I guess she thought too much of a good thing was, indeed, a bad thing. But then I don't know. It's not well known how excessive a thing Philip actually had.


There are no rules to this little exercise. Participants are in for the long haul, a half haul or a day here and there. I tried my best to keep track of who's in on this but after a couple of days gave up. Already Unfinished Person has dropped out. I imagine there will be more. So what I suggest you do is visit Nicky at We Work For Cheese and check out her linky-dinky thingy to see who's in from day to day.

Linda Medrano said…
This was a marvelous and informative post. I'll send some of my shoes to the Queen to fund her jubilee. We'll tell her to give you back your tax money. (Don't thank me! What are friends for?)
7 June 2012 at 12:45

Leeuna said…
It's quite obvious that you spent a lot of time and effort doing an excess of research for today's post. And it paid off. I am more enlightened from reading it.
7 June 2012 at 14:15

nonamedufus said…
Well, there seemed to be a connection of excess there. Thanks for the points my friend.
7 June 2012 at 16:30

nonamedufus said…
Linda, reading your comment made me re-read my post. Christ there were a lot of typos. An excess of them, as it were. Damn auto-correct. Any way, as far as the monarchy goes I think they're a drain on taxpayers. And how much is being spent to fete the Queen for her Jubilee when the money could be better spent on other things? (Rhetorical question.)
7 June 2012 at 17:04

nonamedufus said…
I'm glad you enjoyed it P.J. It was kind of an excess stream of consciousness as I pulled it together.
7 June 2012 at 17:05

Linda Medrano said…
Everybody else said the same thing I did. Why are you picking on me? I didn't see any typos either. And I thought it was nice of me to offer to exchange my shoes for your tax money..
Sheesh!
7 June 2012 at 17:55

MalisaHargrove said…
You made me laugh so hard with this post! Loved it! From the "whacked-off teenager" to the "queen on the throne" you had me laughing! Nice job, Dufus!
7 June 2012 at 18:59

nonamedufus said…
Well, I believe in excess laughter. Sounds like I achieved my desired effect.
7 June 2012 at 20:47

Shawn said…
People talk about winning a few million. All I need is a couple hundred thousand.

StubbornFool said…
People talk about winning a few million. All I need is a couple hundred thousand.

Sandra said…
I'm glad you brought up the flatulence when you wrote about the excess of cheese. I was waiting for it. If you hadn't mentioned it, I would have been forced to. It's how I roll: I never pass up an opportunity to point out flatulence causing substances.
7 June 2012 at 23:55

nonamedufus said…
I'm with you on the couple hundred thousand. That'd be enough to keep me happy.

meleahrebeccah said…
I totally agree with Katherine. I cracked up when I read that!
8 June 2012 at 13:49