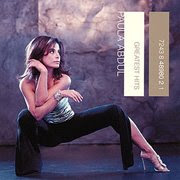 She’s been called wacky and erratic, but each week millions upon millions tuned in to see what blithering vapidness she’d come up with. And she made millions upon millions of dollars as the middle judge, bookended between Simon “Reminds Me Of A Cabaret Singer” Cowell and Randy “Dog” Jackson on American Idol. Bookended until last season when the program’s producers added Kara DioGuardi to the mix. I guess that was the beginning of the end for Miss Shut Up And Dance because last week she told her fans in a Tweet on Twitter that she was leaving the show. 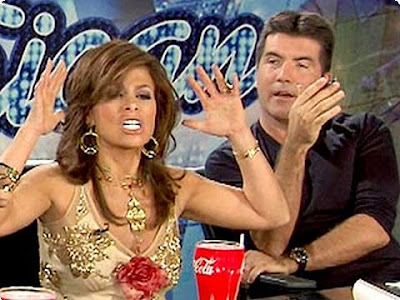 You know I don’t think it had anything to do with the fact that her contract talks were going nowhere. I think there were other, more substantive reasons, any one of which could have put her over the edge… Here are several reasons why Paula may have departed Idol:

Cowell wouldn’t stop playing footsie with her under the judge's table.

If Randy told her one more “touring with Journey” story she was gonna puke.

All this time she thought A. I. stood for artifical intelligence.

She was heartbroken to learn Seacrest was gay when, in Season 2, she’d told him she’d be “Forever Your Girl”
She's done paying alimony to Emilio Estevez.
Janet Jackson called. She wants her to play the lead in “Wacko Jacko: Fun Times at Neverland”

Abdul started out as a cheerleader for the Los Angeles Lakers. Members of The Jacksons saw her perform at a game and asked her to do their choreography. She worked closely with Janet Jackson before striking out on a somewhat successful singing and dancing career of her own and seven years ago landed in the judges chair on American Idol.

Paula, we’re sorry to see you go. All we can say is: "It wasn’t your best performance", Paula, but "America loves you"!

Donnie said…
Damn! The very reason I liked to watch that show, albeit some of the talent was good, was because of Abdul's dimwitted doings on air. She was at her best when she was, well...her.
11 August 2009 at 09:29

I'm beginning to wonder if it's all a conspiracy to boost AI ratings.

Let's wait and see if Powla doesn't mysteriously reconcile with the AI Powers that be at the 11th hour.

Anonymous said…
One might say American Idol is taking one step forward and two steps back.

nonamedufus said…
Don: Oh yeah, between her and Cowell's put-downs - that's what drew people in week after week.

Quirk: You know you may have something there. It wouldn't surprise me.

ftu: I actually stopped watching a couple of years ago. I grew tired of the judges having basically the same comments time after time, dawg.
11 August 2009 at 19:05

Anonymous said…
I only watch the episodes of the try outs. I love watching people make complete fools out of themselves.
11 August 2009 at 23:03

nonamedufus said…
TFU: Yeah it really is 2 different shows isn't it. The tryouts and the performances.