August 25, 2009
You know the “me-generation” has reached it’s zenith – no pun intended – when their technological gadgets are named “I”.

Zenith, by the way, for all you iTrivia buffs, is a former American manufacturer of televisions; the inventor of the modern remote control, and; - something for which I’ll always bow down and worship them for – they introduced HDTV to North America. Now, alas, Zenith has for some time hit it’s nadir and belongs to LG Electronics of South Korea! But, as is often the case, iDigress.

The first self-indulgently named iThing was the iPod. Today the iPod comes in shuffle, nano, touch and classic. Funny, I thought iTouch was something else and if you did it enough you’d go blind. But again, iDigress.

Let’s for a moment ponder over the iPod. With this device you can download music to a wallet size, virtually wafer thin device via your computer and play it back anywhere using headphones or something called a docking station. Space-age , indeed. Too bad the quality of the music wasn’t space age, too. For my money – and iPods and all their accompanying iGadgetry can be expensive – give me a big honking stereo in my living room. 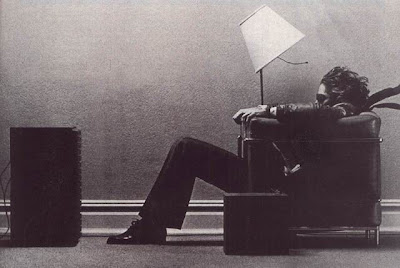 You know the only thing remotely close to an iPod that ever gave me real pleasure was a T-shirt I bought my baby grandson with the phrase iPood emblazoned on the chest! Although, his mother wasn’t nearly as impressed as I was. 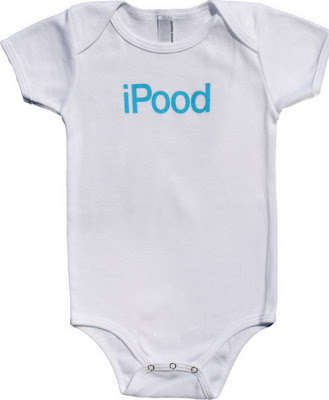 Then there’s the iPhone. How self-aggrandizing is that – something called an “I” Phone! But this, however, regardless of what it’s called, I can understand. It’s gone beyond being just a cell phone. With over 25,000 applications and counting you can follow a GPS system all the way to Antarctica, catch all your favourite TV shows, and play a gazillion iGames including something called “Shake The Baby” – something for all you iWanna-Be baby killers out there to pass the time. Shake The Baby aside, the iPhone is the ultimate gadget for the ultimate techno-geek. iWant one!

And what’s next? The ultimate in personal grooming – the iComb? How about the next breakthrough in the bathroom – the iToilet? Or the iShower? (Why am I stuck in the bathroom?)

One has to admit, personal communications technology has come a long way in a very, very short time. And the way we communicate, using these devices, has changed too.

Facebook, MySpace (another “me-me” name!) Twitter, Flickr – all these “social network” platforms didn’t exist a decade ago. Now, they’re as common today, as the black rotary telephone (the what? –isn’t that politically incorrect?) was in it’s day. And back in it’s day, that is to say my day, it was called “the” phone not “i”Phone. 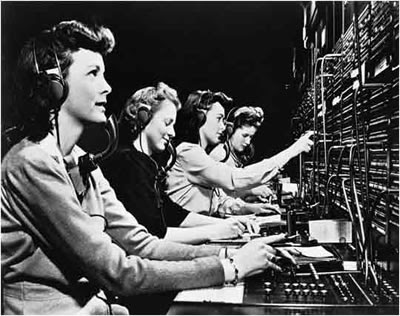 So social networking has come a long way. It brings people together, even though they’re miles apart. Although, as my wife likes to say: social networking is anti-social because it replaces face-to-face contact. Let’s face it. People are lazy. They’d rather send some one an e-mail or a Tweet than actually have to see them.

Mobile phoning, e-mailing, texting, Facebooking, Twittering – the options are endless. However, our missives or messages are not. Take for example Facebook and Twitter where the user is limited to the number of words he or she uses in their status updates. It’s like the popularity of these social networks rests on the degree of Attention Deficit Disorder possessed by the user. For heaven’s sake even news organizations are using Twitter, a platform which limits “Tweets” to 140 characters, to get the news out. And they wonder why newspapers are dying?

It’s kind of funny that the corollary of the quality of our technology improving is that the quality of our communications has gotten worse. Would Hemmingway, Frost - Shakespeare for that matter - approve? I don’t know. Me? I now live in a generation who’s motto would appear to be “iTweet, therefore iAm”.

Anonymous said…
It's amazing isn't it?

And most of it has taken place over the last ten years!

I've been feeling overwhelmed of late with all the social networking. I can't keep up with it all. My twittering and facebooking have taken a dive. I still like them, but I have to my time to play Plants vs. Zombies! ha! Maybe when I get sick of the game I'll become more regular at Twitter and FB again! hee hee hee

nonamedufus said…
Quirks: That's it, Quirk. You need to be more regular. Increase your fibre intake.

Unknown said…
I am amazed at how far technology has come in just the few years I have been on this earth.

It blows my mind. And it IS a ME generation. Sad really. Technology will be the death of us and lead us to being born with Alzheimer's.
25 August 2009 at 12:51

Donnie said…
I could have stopped with the touch tone phone. That was pretty hot when it came out. And the Zenith Space Command t.v. Wow.
I had an English teacher in 12th grade that was brilliant! A great guy. I called in about 12 years ago to check on him and asked for his email address. He did not use email. He only wrote letters and wasn't particularly fond of speaking on the phone. Or maybe it was just me. Hmmm.
25 August 2009 at 12:53

Don: Without e-mail and the web you and I wouldn't have met. That's what technology has done for me - increased my sphere of influence ;)

Nooter: Oh but they have. There are automatic pooch feeders that folks use when they leave their animals at home alone for extended periods of time. Not too ruff, eh?
25 August 2009 at 15:26

MikeWJ at Too Many Mornings said…
iGet everything except twitter and maybe Facebook. Who has the time? iDon't. iIgnore it. Maybe i'M too old, although iDon't feel old.
26 August 2009 at 00:50

Don: Without e-mail and the web you and I wouldn't have met. That's what technology has done for me - increased my sphere of influence ;)

Nooter: Oh but they have. There are automatic pooch feeders that folks use when they leave their animals at home alone for extended periods of time. Not too ruff, eh?
12 May 2011 at 14:50