Last week I was zipping around the internet, searching for something to write about, when I came upon an article about Jim Carey. You know of The Mask, Ace Ventura and Eternal Sunshine of the Spotless Mind fame? Yeah that Jim Carey. Any way, did you know Carey's career is going to hell in a hand basket? Oh, yeah. According to this article instead of his big-screen career he's focussing on some home-made video he's made in his basement in which he proclaims his undying love for Emma Stone. "Who?" you say. Yeah, me too. So I googled her. 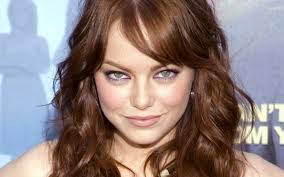 And if the thought of that's creepy you ain't seen nothin' yet. Here's the link to his video.

But to spare you from losing two minutes of your life you'll never get back here's the transcript:

I just wanted to let you know that I think you’re all the way beautiful. Not just pretty but, you know, smart and kindhearted. And if I were a lot younger, I would marry you, and we would have chubby little freckled-faced kids.

We’d laugh all day long and go camping and play Yahtzee and tell ghost stories by the fire. And the sex?(Stares into the distance imagining all kinds of lewd, creepy scenarios involving food, fur and who knows what else.)

Every day, for the rest of your life, you would thank God that I was the appropriate age for you. But I’m not. I’m 49. I have lines on my face, sometimes a little gray in my beard, and it takes me a little longer to pee than it used to. Those are the only discernible signs of aging that I can find so far.

Anyway, I just wanted to let you know how I felt. You’re pretty special, and I wish you continued success and artistic fulfillment, but most of all, I wish you love and contentment. That’s all.

What do you think? Has Carey gone cuckoo for Crazy Puffs?

Well, no sooner had I read this article when I came across a post from Cardiogirl (she works out you know) who was participating in a Jim Carey meme (and I nicked the above transcipt from her website). Yeah, except her hilarious love letter was to Paxil.

So this got me thinking. Who did I secretly pine for? And if I could, just what would I want to say to them to, you know, express my affection. 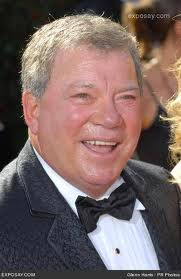 I just wanted you to know that I have been following your career since the early days and let me tell you I think you are a wonderful actor, so full of enterprise. Your role as Captain Kirk captivated me. It must have been your training as a Shakesperian thespian at Stratford in the 50s. If I were a lot younger I never would have heard of you, nor have had the courage to express my feelings for you now.

The TV series Star Trek was great, but don't you think those movies got a little tiresome after the third one. I really liked the re-make recently. Too bad you couldn't have been in that one. But then, you're kinda old and I don't think the uniform would have fit you anymore. (Stares into the distance, the final frontier, if you will, and considers how exceedingly more popular the succeeding spin-offs without William Shatner were.)

I watched you in T.J. Hooker but I have to say I was more interested in Heather Locklear. Sorry. But she was really hot. And I thought Shit My Dad Says was hilarious. You were really funny in that. Sorry it got cancelled. I've seen all the episodes of your talk show Shatner's Raw Nerve. I enjoy your easy style of interviewing has-beens such as Henry Wrinkler, Mackenzie Phillips and Drew Carey.

Every day for all your life I thank God that you have been able to find a toupee for every occasion and that you did boldly go where no Canadian has gone before...or since. (Well, maybe with the exception of Lorne Green on Bonanza.)

Anyway, I just wanted to let you know how I felt. Dammit, Jim, you're pretty...special, and I wish you continued success and artistic fulfillment, but most of all I hope you live long and prosper.

First of all, I did read and see the creepazoidal Carey vid. Make that a quadruple EWWWW!

But, why is it so creepy? I mean nobody looks at Hugh Hefner and goes EWWWW! Nope. Aren't most men thinking, "YEAH! Look at him. He's a GOD."

What about his most endearing, talented role yet?

nonamedufus said…
Oh those Priceline commercials. I completely forgot about them. They were hilarious. One of the other hilarious things he did was an interpretation of Elton John's Rocket Man.

cardiogirl said…
Excellent job! I shall begin to thank God for William Shatner's toupee. Though I've been thanking the big man for a while now regarding Shatner's spoken word musical tributes.

nonamedufus said…
Lucy in the Sky With Diamonds? A classic. The one thing about Shatner, I think, is that he was always able to laugh at himself, And, to his credit, gotten rich off of it. Quirky mentioned Priceline in her comment. Here's one of my favourites...

Nicky said…
That was very moving, Dufus. I'm sure if Bill read this, he'd feel the same way. He'd be moved right to court for a restraining order. :-)

nonamedufus said…
Restraining order? Nah. I'll just ward him off with the vulcan mind meld. You know what I forgot? Boston Legal! I haven't seen "Weird or What". I had to Google it. When's it on here in Canada?
1 September 2011 at 21:15

nonamedufus said…
Carey and Shatner are both Canadian, eh. So's my favourite singer/songwriter Neil Young. We try not to acknowledge Justine Bieber and Celine Dion's roots.
2 September 2011 at 08:36

nonamedufus said…
You wrote a desperate message to yourself.
2 September 2011 at 20:26

Nicky said…
I'm not sure, to tell the truth. I caught it over the summer a few times, and can't remember which nights it aired. Or what time, for that matter. Or what channel.

nonamedufus said…
Well, you're no help. What about Hell's Kitchen with Gordon Ramsey? Do you watch that? Sometimes he cooks with cheese.
3 September 2011 at 08:22

Blog Rehab said…
Emma Stone actually is a great actress. I think she will be a star for a long time. Also, you and my husband share the admiration for Shatner. Everyone should see the beginning of Raw Nerve here. Check out the double-take in the opening sequence. http://www.biography.com/video.do?name=shatner
4 September 2011 at 08:29

nonamedufus said…
That double take is quintessential Shatner. You gotta love it. I thought I'd seen every episode of Raw Nerve. I hadn't seen the one you linked to, though. Thanks.
4 September 2011 at 09:37

Linda M. Rhinehart Neas said…
Hilarious! Shatner...in his early days, curled my socks...then I longed for Capt. Piccard...being a trekie isn't always easy. Thanks for the chuckle
4 September 2011 at 23:56

Static said…
All credit goes to Disqus for that one since they never sent me a notification. Just logged into another blog that uses Disqus and that's how I found out about it.
20 June 2013 at 12:25