Snakes In Your Pants

September 19, 2011
Samuel L. Jackson would be proud of this guy. And TSA officers at Miami International Airport must have surely thought they were in some movie, when a guy on his way to Brazil was pulled aside for a more thorough search of his, um, pants.

Turns out Simon Turola Borges was attempting to smuggle snakes and turtles aboard his flight. 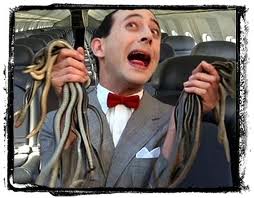 I can imagine how this guy was brought down. The TSA folks must have asked "Is that a snake in your pants...no not that snake...or are you just glade to see me".

Turns out he wasn't glad to see them.

The TSA agents discovered baby turtles in his pockets and little baby boa constrictors in his underwear.

Apparently the guy first denied he had anything in his pants. But I guess it soon became obvious there was something unnatural going on around his nether region. 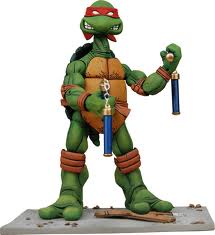 One of the baby, or mutant, turtles rescued from Borges' shorts.

That's probably the last time he sneaks on a plane!

See American Idol is GOOD for something.

nonamedufus said…
Oh, Quirks, I completely forgot about that guy and his 5 minutes of fame. My guy could have sung "Snakes on the Ground"

meleahrebeccah said…
"The TSA agents discovered baby turtles in his pockets and little baby boa constrictors in his underwear."

nonamedufus said…
I think if I were him I'd have opened the front door and let those little nippers out.
19 September 2011 at 16:42

00dozo said…
What I find amusing is that the snakes in his underpants were "constrictors".