Who The Hell Is Judith Chalmers? 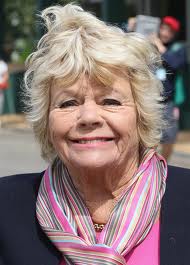 Hello, I'm Judith Chalmers...
I understand the importance of being active
to maintain healthy circulation in my lower legs and feet...


So, who the heck is Judith Chalmers? That's what I wanted to know. I see her every morning while watching CBC News Network - probably four or five times in the hour, hour and-a-half I watch the news channel. After seeing her commercial for the Circulation Booster V3 about a hundred times I finally said to myself "Who the hell is Judith Chalmers?". Well, of course I said it to myself. I was the only one there. "You talking to me?" Ya, you get the idea. 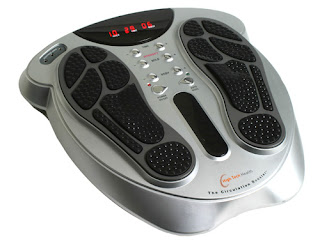 Woah! I want one! Beam me up Judith.

And thus began my quest. Google, Wikipedia and You Tube aided me in my search for knowledge. (You don't think I have too much time on my hands, do you?) Funny the things you find out about people you don't even know when you start looking.

And circulation is an apt word here. Ms. Chalmers has been in circulation for quite some time, having been born in 1936. Judith Chalmers is currently the spokesperson for the Circulation Booster V3, a device advertised as easing lower leg and foot pain. But quite apart from that the woman was a TV presenter on the BBC for many years, thirty of which she spent galavanting about the globe as the host of a show called "Wish You Were Here". Recently, she admitted that throughout the thirty years she hosted the show she never wore any knickers.

Thanks for sharing that, Judith. I may never get that picture out of my head.

Judith was awarded an OBE in 1994 and since then has the distinction of being voted #88 on the list of 100 Worst Britons. She's in good company. Tony Blair and Margaret Thatcher rank #1 and #3 respectively.

Oh, and if you have sore legs or feet? Start saving your pennies, folks. The CB-V3 only costs $300.00. But it works. Yessiree, you can bet Judith Chalmers' knickers on it.

quirkyloon said…
Oh my heck. She looks like the sister of Cathy Mitchell! You know the RediSetGo info lady? She cooks all that good food? hee hee
12 September 2011 at 10:31

nonamedufus said…
I think I have to get out more Quirks. We see a lot of American TV here in Canada but I don't think Ms Mitchell made it across the border. In case the rest of you were wondering here's a pic I Googled...
12 September 2011 at 12:34

Nicky said…
Why spend $0 on walking around outdoors to get the blood flowing when you can spend $300?

Maybe the knickers thing is part of the sales pitch: please buy our useless gizmo so Judith can finally afford some underwear. Please. FOR THE LOVE OF ALL THAT IS HOLY!!
12 September 2011 at 18:39

Linda Medrano said…
If I didn't wear knickers I wouldn't advertise it. Well, maybe I would because that's how I roll sometimes. Most of the time I'm all for knickers. You can get pneumonia if you get too much breeze in places. On the other hand, there are times when everything should be aired out for a while. I even take my plants outside for fresh air. I'm not sure what blood circulating has to do with that machine thing, but I really doubt I'd want to suck it or see Judith suck it either.
12 September 2011 at 19:42

Angela Knutsen said…
She was a presenter on BBC radio 4's Woman's Hour for many years (Don't know who set up her Wikipedia page - it's too vague) I remember she and Jack Nicolson got on very well together when she interviewed him. As I left the UK many years ago, I don't think I ever saw her on TV. Now I know what she looks like!

nonamedufus said…
Well, gosh, Angela thanks for illuminating us. Glad I could help you put the name with the face!
13 September 2011 at 13:19