Welcome to Fantasy Why? Land 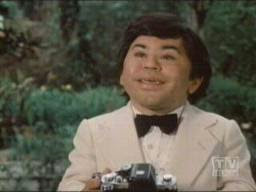 Uh-oh. What have I done now? Well I'll tell you what I've done. I've gone and accepted an invitation to participate in a fantasy football league. And not just any league. It's the prestigious Humor Blogger Fantasy Football League. Seems they're an owner or two short this year and one of the existing owners Unfinished Person asked me if I'd be interested in playing. Well, first of all I'm gratified that they think I'm a humour blogger (and a Canadian, hence the "u" - "hence the u", that's a funny expression, isn't it? Must be Canadian.). My fantasy football skills remain to be seen.

Now if that wasn't enough, a member of that fantasy league runs another one called "FTWL" and he asked me to join that one too. Hey, what the heck. If I'm gonna go down I may as well go down in spectacular fashion.

What do I know about fantasy leagues? My brother (HI WHITEY!) from *spits* Toronto is into fantasy leagues. He's been participating in a national baseball rotisserie league since I can't remember when. But then he's the sports director of a national newspaper. Of course he knows what he's doing.

Me? Yeah I know about individual football players. There are those who e-mail photos of their junk to young ladies. Others breed dogs to fight each other and shoot them if they don't perform. Still others stick a gun in their pants and manage to shoot themselves in the leg in bars. And there was one former player who used to run through airports and after he retired had trouble putting his gloves on.

On the field, I follow the New England Patriots, The Pittsburg Steelers, the Indianapolis Colts and the New York Giants. A Canadian, who lives in none of those cities or regions, I'm happy to see any of those teams make the Super Bowl.

But fantasy leagues are about individuals from across the league not any one team or another. The irony of fantasy leagues is you may well be cheering for teams you hate because you've got a player or two from that team on your fantasy team. You still with me? Good, maybe you'll be able to help me and give me a few recommendations in the comments about which players to pick.

So instead of sitting on the couch in my underwear drinking beer and watching football all by myself, I'll be able to do it with 10-12 virtual friends. Good times!

Seriously, I'm going up against some pretty solid guys who have been doing this for several years. Me, I've never participated in a fantasy league before. Wish me luck as I embark on my little sojourn to Fantasy Why? Land. I'll update you from time to time unless, of course, I really suck at this and in that case you may never hear about it again. 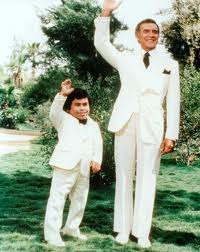 Mrs Dufus has her own thoughts about all this which you can read about at dufus daze. I can't really say she's all that enthusiastic.

quirkyloon said…
Well I'm sorry I won't be able to help you out with any picks. Why? Cuz I'm too busy picking my nose (and the occasional pimple...pure delight). HA!

But it sounds like fun and I'm sure you will do the league justice.

HEY! Isn't that a movie or something?

Unfinished Person said…
Oh, and don't forget the ever important avatar for your team. :) I just spent half an hour on that (rolling eyes), but seriously, I did. Hmmm, and I wonder why I don't do better each year?
29 August 2011 at 19:10

nonamedufus said…
Yeah I thought I'd get the draft out of the way first. I created an avatar after I read your e-mail. Picking the avatar categories was almost as nerve-wracking as picking players!
29 August 2011 at 19:54

Ziva said…
Good luck, Mr. Dufus, you'll need it! I once participated in a Formula 1 fantasy league, but kind of lost interest when it became apparent that I sucked at it.
30 August 2011 at 14:43

nonamedufus said…
Yeah that's the thing. At this point I don't know if I'll suck ore not. Last weekend was the auto draft for one of the two leagues. Most of my players are decently ranked. But action speaks louder than me fiddling around with draft picks. We'll see. My teams are godufus and nonames. Brilliant, eh?
30 August 2011 at 15:35

Ziva said…
Hah, brilliant indeed! I've always thought the most important thing in fantasy sports was the name of your team. Victory is yours, no doubt.
30 August 2011 at 15:38

meleahrebeccah said…
Good luck, and have fun with the Humor Blogger Fantasy Football League.
30 August 2011 at 16:59

Janna said…
Things the letters FTWL could stand for:

1. First, There Were Lepers

Janna said…
I have no idea what "Disqus" is.
So the whole business of "click out and back in" makes no sense to me.
I don't see anywhere else to click for comments.

All is not lost.
Since apparently my comment won't show up anyway (which still makes no sense because I can see my Aug 30 comment plain as day just above this one), this means I can feel free to post random crap and no one will ever know! No one will ever read it and no one will comment or answer or even care!

Anthony Hopper said…
Good luck with your draft. You should be okay as long as you take a ranked list of players (you can pull a top 100/150 list from almost any sports site) with you.
1 September 2011 at 23:39

Football Betting Tips said…
Fantasy football, believe me i am waiting for this game from longtime..Because last time i missed it. But now i would definitely look after to this game..
2 March 2012 at 23:35