A Word To The Wise

January 04, 2010
The folks at Lake Superior State University - or LSSU - have done mankind one huge favour.  For 35 years, since 1975, they've been banning words.  Yep, Imma let you finish, but LSSU has again banned the use of some mighty trite words and phrases before they drive us all crazy.  Oddly, "Imma let you finish" wasn't among this year's List Of Words Banished From The Queen's English For Mis-use, Over-Use and General Uselessness.

Are you ready?   Here are some of this year's words...

"Shovel-ready" is a term used by governments to describe infrastructure stimulus projects that are ready to go now.   LSSU says bury it.

"Transparent" is another government term usually used to explain something that's anything but.  LSSU just can't see it's continued use.

"Tweet" and all it's variations describe the activities associated with sending others messages of 140 characters or less.  LSSU would seem to think this to be some bird-brained activity.

"Friend" as a verb is a social networking term used when you agree to make someone your acquaintance.   LSSU thinks we should unfriend this term.

"Teachable moment" is a condescending term to describe the art of "learning a lesson".  Seems we've all had our teachable moment according to LSSU.

"Chillaxin" is a word that combines chillin' and relaxin' to underscore how "loose" someone is.  I guess LSSU feels no one can be THAT relaxed. 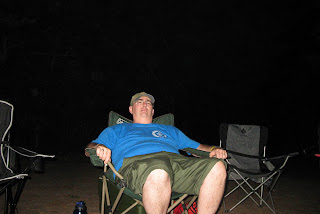 How white guys do chillaxin'...

One final note.  The funny thing about this list is I haven't used most of these words and already they've been banned.  Talk about your teachable moment!

Moooooog35 said…
I thought chillaxin was when you refrigerated your laxatives.
4 January 2010 at 08:16

nonamedufus said…
Moooooog: I thought it had to do with keeping your axes in a safe place, like the freezer.
4 January 2010 at 08:40

Nooter said…
whenever the human thinks someone is full of crap, he says they are 'shovel-ready'
4 January 2010 at 10:26

Donnie said…
Okay, chillaxin' stinks. I agree with all of the rest too! Dump them all! They're burned out and meaningless drivel.
4 January 2010 at 10:39

Anonymous said…
It's a conspiracy!

They want us to use less words and be more concise.

nonamedufus said…
Don: I left some out including Obama-(insert word here) You woulda loved the fact that his presidency's been an Obamanation.
4 January 2010 at 12:08

nonamedufus said…
Quirks: Yeah, I must be getting old. By the time I hook on to the fact these words are "in" - they're banned. Go figure.

nonamedufus said…
Me-Me: Go to their site at http://www.lssu.edu/banished/ and follow the links in the left sidebar to submit a word. Can you submit "dawg" while you're at it. If I hear that one more time I'm gonna shoot the person that says it. Good luck.
4 January 2010 at 12:12

Megan said…
Um, you have used a lot of banned words in your post today. Does that mean you're in trouble or something?
4 January 2010 at 15:23

Dr Max Tunguska said…
Shakespeare invented words at a prodigious rate. Lets all have a go. I'm sure the banners will get bored faster than we will.

'Twas brillig, and the slithy toves
Did gyre and gimble in the wabe;
All mimsy were the borogoves,
And the mome raths outgrabe.

MikeWJ at Too Many Mornings said…
I think it's wrong to ban words. If we make words illegal, only criminals will have words.
6 January 2010 at 02:24

nonamedufus said…
Mike: Gee, I never quite thought of it like that before. Thanks for that teachable moment. Your chillaxin' is really giving you more time to cogitate.
6 January 2010 at 03:59