The Windmills Of My Mind

Like a circle in a spiral, like a wheel within a wheel,
Never ending or beginning on an ever spinning reel,
as the images unwind, like the circles that you find,
in the windmills of your mind!
I thought of this song as I started to pull this post together, because it never really begins or ends, and it spins a bunch of things at you that have been collecting dust in my mind, my bookmarks and my image library. First up was this pic...it's what a masochist might make himself for lunch... 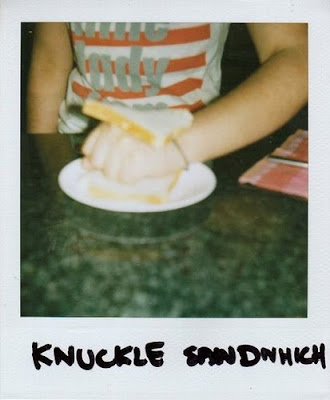 Speaking of sandwiches, did you ever wonder if when 2 turkey sandwiches mate would their offspring be inbread?


Oh, you never stopped to think that? Well, I did. And while we're on about turkeys, know why the musical group invited the turkey to be their drummer? 'Cause he had his own drumsticks! (rimshot).


With all the problems in the auto industry did you ever stop to think what might happen if IKEA and Volvo merged? 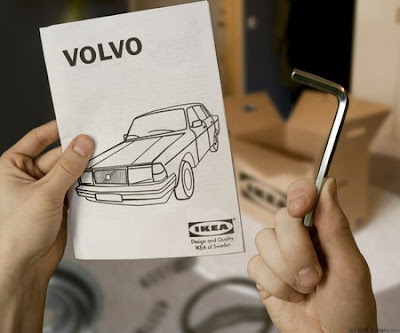 Here's one for you. Why the heck do they use this little symbol...

...beside where you have to copy the 'capcha' word in order to leave a comment on somebody's blog? What's that about? I've thought about this and based on many of the comments I leave on other people's blogs I think they've already figured out you're leaving a lame comment. Huh? Huh?
And finally (rousing cheer) a couple of weeks ago I saw a headline that caught my eye:
Britons too lazy for sex, play or to change TV
Huh? Yep! A Poll (I think his name was Boris), the results of which were reported in the Daily Telegraph , found that 1 in 6 Britons were too lazy to get up and change the TV channel if the remote was broken. They also found that 75 per cent of Limeys didn't have enough energy for sex at the end of the day. Man, those Brits. Not only can't they get up, they can't get IT up! Stiff upper lip, blokes.
As the images unwind
Like the circles that you find
In the windmills of your mind

Donnie said…
Damn, Pat Swayze died. Too bad. What's this got to due with your post? Well, uh, howz about he was handicapped for a while. No? He looked like a Volvo when his meds bloated him? No?
15 September 2009 at 08:33

Anonymous said…
Ha! Does every Volvo come with its own allen wrench?

That's all it takes to fix a Volvo?

That is particularly comforting.

http://howtobecomeacatladywithoutthecats.blogspot.com said…
I bought a Volvo once... I'm still trying to figure out how to put it together.
15 September 2009 at 09:49

nonamedufus said…
Quirks: If only.

CatLady: Good luck with that.

UR: Just clearing out some stuff that never made it to a full post on their own.

kathcom said…
I always wondered what being wheelchair bound had to do with word verification.

Now I'm trying desperately to come up with a joke involving turkey and Patrick Swayze. But that would be fowl.(Sorry.)
15 September 2009 at 14:07

Brian Miller said…
haha. thanks for the laughs...one knuckle sandwich please...and how much more is it to have my volvo put together by one of the dock hands?
15 September 2009 at 14:39

nonamedufus said…
Moooooog: Is Allen a good name for a Sveedish wench?

thinkinfyou: In all seriousness I think it denotes "access". Now that's lame. Shouldn't it be like a green light or something?

MikeWJ at Too Many Mornings said…
75 percent of all Britons are too lazy to have sex at the end of the day? What, don't they have the Internet over there?

Skye said…
Hahaaa if you click on that little wheelchair it gives voice to the letters you need to type to confirm that you're not some type of bot :D

As for this post, well your turkey sandwich joke will go over quite well at work on Friday. The lunch special I'll be cooking up is a hot turkey sandwich...lol

nonamedufus said…
MikeWJ: A turkey wouldn't buy a sandwich. It would have a choice of a free range of sandwiches. (get it?)

Skye said…
Hahahaaa, phoney hadn't even crossed my mind, only funny had :) More specifically I had translated it to be "electronic funny men", a new feature for the computer along the lines of e-books, e-cards, etc.
16 September 2009 at 07:05

Chris said…
I think if you click the handicapped symbol by the comment, it translates jibberish into something intelligent. Let me try it...

Anonymous said…
This comment has been removed by a blog administrator.
19 January 2010 at 21:29