September 06, 2009
This week's featured editorial cartoons are all by Canadian cartoonists and focus on two political issues near and dear to Canadians' hearts: Senate appointments and election speculation. Funny, the PM, who once said he'd reform the Senate, has fallen right into line with his pork-barrelling predecessors.
And, on the election speculation front having been Opposition leader for 8 months Michael Ignatieff has finally decided, unlike his predecessor Stephane "not a leader" Dion to pull Liberal support for the Conservative minority government, and perhaps force an election about a year since the last one. There's three things Canadians love to complain about, and in the following order:
1) Toronto (don't ask why, we just do)
2) the weather (duh)
3) how often we go to the polls 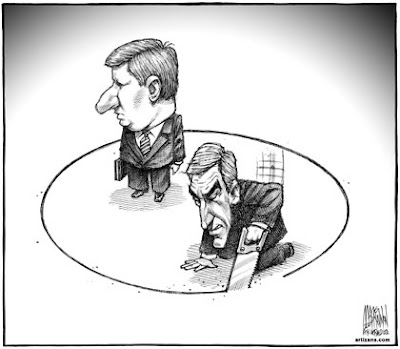 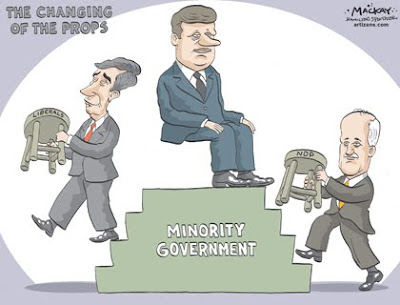 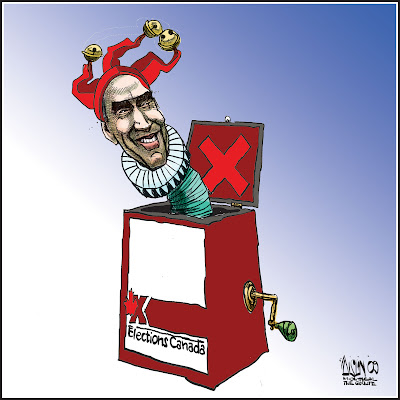 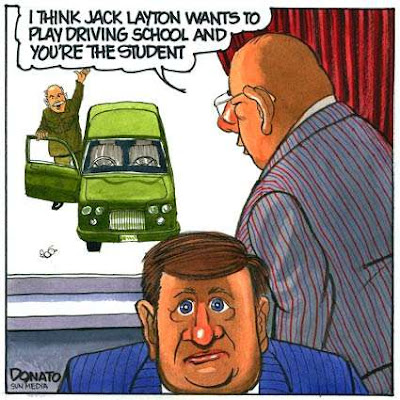 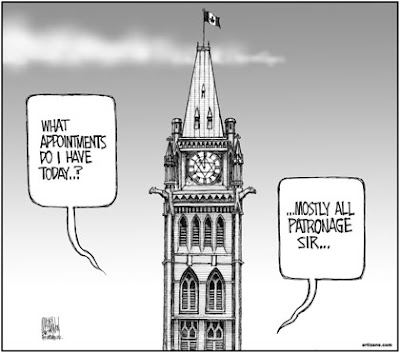 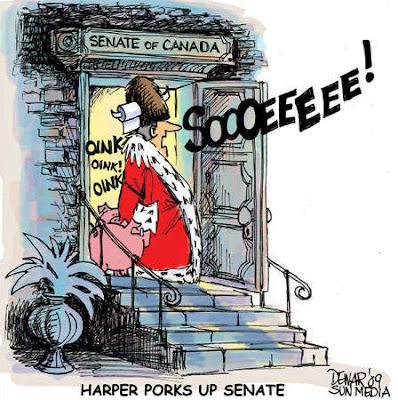 Skye said…
Oh thank you NoName! These are hilarious and oh so true! One thing about Canadian cartoonists, they do tell it like it is!
6 September 2009 at 10:12

Donnie said…
Not being at all familiar with Canadian politics, it seems that every time I turn around they are electing or re-electing someone for something. What's up with that?
6 September 2009 at 11:02

Anonymous said…
I, too, am ignorant of Canadian politics, but still can appreciate a sarcastic cartoon and these certainly fit the bill!