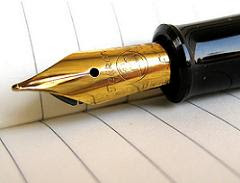 I know that means "How are you?" in English, or in recent vernacular "Wassup?" But a literal translation might be more along the lines of "Are you going to comment?"
Why do I raise this? Well, follow along. Bloggers, in particular humour bloggers, are a unique bunch. They love to let their imaginations run wild. And they love to write, to share their innermost thoughts in a periodic blog post. But they're immensely insecure. They crave feedback! It's like a drug and bloggers can't create until they're satiated in piles of prop-up praise. 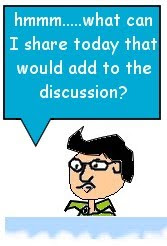 Writing a blog is a blast. What used to be putting pen to paper is now putting finger to keypad but the creative force remains the same and it gives a writer a chance to express him/herself to an interested audience. Not that the majority will make any money from this. A comment here and there, though, is viewed as a reward of riches (oh, pull-eeze!). Nevertheless, a comment or two will help soothe the savage beast; stroke the ego - a comment from a poster will go a long way to placate the postee. (Okay now we're stretching it.)

But feedback is so important. A comment on a blog will go right to a blogger's head. It'll help feed the creative process. And it'll let a blogger know that more than just his mom and her blue-rinse-set residents at the home are taking any notice of what he has to say. 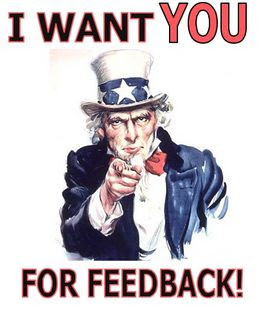 I don't raise this for me. Ohhh, nooooooo. I raise it for all the lonely little wordsmiths around the world who create massive masterpieces alone and misty-eyed in dimly lit rooms with poor ventilation, a half-drunk bottle of scotch and the remnants of a super-size bag of Ruffles potato chips scattered across his chest and stomach and onto his laptop keyboard. (Don't other bloggers work like this?)

Don't be a drive-by blog visitor, a premature e-post c ya later. Don't pull out just when the post hits its climax. Stay a while. Don't love posts and leave 'em. Have a smoke and leave some feedback. (ie., "That was good for me.") 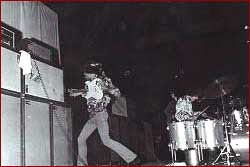 It worked for these guys! It can work for you, too!

http://howtobecomeacatladywithoutthecats.blogspot.com said…
Ruffles? Did someone say Ruffles? Must add that to my blogging regimen. Ruffles go perfectly with Dr. Pepper. (Although Quirky swears by brainz.)

But I digress... thank you for your words of wisdom. As a comment whore myself, (because I obviously have no friends in real life,) I hereby renew my vow to read to the end of the post and to add words of encouragement... or adulation... or ridicule... or whatever.
28 September 2009 at 07:46

Anonymous said…
Now I have to comment (rolling eyes). CatLadyCarew already took my Ruffles comment and mooooooog35 got the best comment thus far with his no comment? The pressure is killing me. Hey, maybe this is why people don't comment more on blogs? It's too much pressure.
28 September 2009 at 09:11

I try to leave comments all the time, but sometimes I'm stumped! Probably because of this darn zombie who's always nibbling on my brain!

AND... CatLady's got it "write" change the booze to DDP and that is so "me" getting inspired to blog!

Anyhoo, I appreciate YOUR support and look forward to your comments. You're the best Noname!
28 September 2009 at 10:13

thats a lovely color youve chosen for your blog!

forced commenting is hard, like trying to remember the name of an old acquaintance who is now standing right next to you
28 September 2009 at 10:38

Joel Klebanoff said…
Sometimes readers have reasons for not commenting.

For example, while this is definitely NOT true with your blog, I know that over at my blog I never write anything that is the least bit worth commenting on. The fact that I get any comments whatsoever totally amazes me.

Feel free to comment on my self-esteem problems or on my perfectly realistic view of my writing.
28 September 2009 at 11:22

Anonymous said…
Hmmmm....kinda disagree here. But then again, I don't consider myself anywhere near humourous, either. I blog for the therapy. It allows me to just put it out there. Get the load off my mind. Release the clutter, if you will. If it gets read, then okay. I'm not out to grab attention, per se. I blog what I know and feel. You agree or disagree and I pull no punches.
28 September 2009 at 11:41

Revel said…
Point to the place where Hendrix got his herb, and I'll leave all the feedback you can handle.
28 September 2009 at 14:05

Me-Me King said…
Confessions of a Humor Blogger, what an interesting concept.

Quirks: You're a shining example! You leave a comment virtually everyday, along with Cat Lady and Don. I feel the love.

Nooter: I'll give you that. It can be ruff can't it?

Joel: Pshaw! That's all so much stuff and nonsense.

Don: But it's early in the week, right?

Me-Me: I have to reread this post. People are taking it way too seriously.

I try to change my ways..but speaking of pressure...just look at all those witty comments in front of me..

MikeWJ at Too Many Mornings said…
My bottle of scotch, like Hemingway's, is usually 3/4 empty. And that's as far as that comparison goes.

As far as comments go, I really appreciate this post because I didn't know people could comment on my blog until I read it. Then I checked and whaddya know, it is possible to leave comments on my blog. Not that I care, mind you, because I'm usually passed out and wouldn't read them anyway.
29 September 2009 at 01:13

David: That's my cousin. Thanks for asking.

Anonymous said…
This comment has been removed by a blog administrator.
16 December 2009 at 21:33

Me-Me King said…
Confessions of a Humor Blogger, what an interesting concept.

MikeWJ at Too Many Mornings said…
My bottle of scotch, like Hemingway's, is usually 3/4 empty. And that's as far as that comparison goes.

As far as comments go, I really appreciate this post because I didn't know people could comment on my blog until I read it. Then I checked and whaddya know, it is possible to leave comments on my blog. Not that I care, mind you, because I'm usually passed out and wouldn't read them anyway.
12 May 2011 at 14:52

Toile La La said…
Arrived here because I thought of changing blog name Comment Cultivator to Comment Allez Vous and see that my brain is not the only one that works in this way.

I offer these comments to you: To have been pinned to the clothesline - as a child - along with the laundry, seems fantastic.

Your tinfoil hat with horns is something I want to recreate and wear on my own head.


Now you can sweep away the Ruffles crumbs.