April 27, 2009
For anyone who didn't see the episode of David Letterman's show where this story was told, read this: (And remember it's a true story...)

On a recent weekend in Atlantic City, a woman won a bucketful of quarters at a slot machine.
She took a break from the slots for dinner with her husband in the hotel dining room. But first she wanted to stash the quarters in her room. 'I'll be right back and we'll go to eat' she told her husband and carried the coin-laden bucket to the elevator.
As she was about to walk into the elevator she noticed two men already aboard. Both were black.. One of them was very tall and had an intimidating figure. The woman froze. Her first thought was: 'These two are going to rob me.'
Her next thought was: 'Don't be a bigot, they look like perfectly nice gentlemen.' But racial stereotypes are powerful, and fear immobilized her.
Avoiding eye contact, she turned around stiffly and faced the elevator doors as they closed.
A second passed, and then another second, and then another. Her fear increased! The elevator didn't move. Panic consumed her. 'My God' she thought, I'm trapped and about to be robbed!
Her heart plummeted. Perspiration poured from every pore.
Then one of the men said, 'Hit the floor.'
Instinct told her to do what they told her.
The bucket of quarters flew upwards as she threw out her arms and collapsed on the elevator floor. A shower of coins rained down on her.
'Take my money and spare me', she prayed.
More seconds passed. She heard one of the men say politely, 'Ma'am, if you'll just tell us what floor you're going to, we'll push the button.'
The one who said it had a little trouble getting the words out. He was trying mightily to hold in a belly laugh. The woman lifted her head and looked up at the two men. They reached down to help her up.
Confused, she struggled to her feet. 'When I told my friend here to hit the floor,' said the average sized one, I meant that he should hit the elevator button for our floor. I didn't mean for you to hit the floor, ma'am.' He spoke genially. He bit his lip. It was obvious he was having a hard time not laughing.
The woman thought: 'My Gosh, what a spectacle I've made of myself.'
She was too humiliated to speak. The three of them gathered up the strewn quarters and refilled her bucket.
When the elevator arrived at her floor they then insisted on walking her to her room. She seemed a little unsteady on her feet, and they were afraid she might not make it down the corridor.
At her door they bid her a good evening.
As she slipped into her room she could hear them roaring with laughter as they walked back to the elevator.
The woman brushed herself off.. She pulled herself together and went downstairs for dinner with her husband.
The next morning flowers were delivered to her room; a dozen roses.
Attached to EACH rose was a crisp one hundred-dollar bill.
The card said: 'Thanks for the best laugh we've had in years. 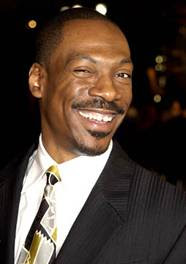 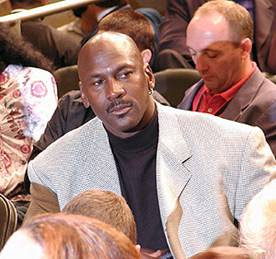 Dalton J. Fox said…
They seriously told this on Letterman as fact? If so, I can't believe Letterman's writers didn't do their research.

When originally told, Reggie Jackson was the black celebrity and it took place in New York. It has since been regurgitated many times over the years with the setting and the celebrity changing.

Here's a link to read about it. A few years ago, my mom even told me this story happened to someone that she knew while they were in Vegas! I had to break the news to her that this person she knows is full of shit. Strangely, in her version, the celebrity wasn't black. He was instead a large, menacing California governor named Arnold Schwarzenegger.
27 April 2009 at 06:35

Thanks for the morning laugh.

(I need my inhaler now!)

nonamedufus said…
DJF: Thanks! Fascinating that this tale that's been circulating for about 30 years in one form or another...and nary a word his true! It's an urban legend, then. lol