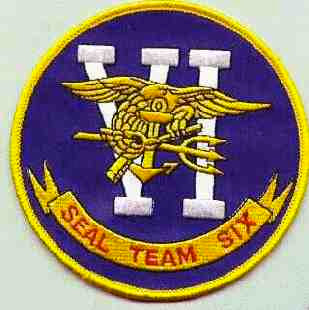 The surprising thing for me in the wake of the Bin Laden brouhaha? No it wasn't the discovery of porn in the hideaway. Although, with five wives lying about you have to ask yourself why? Nor was it the discovery of a marijuana crop. Hey, does it surprise you to learn the guy was stoned out of his mind?
No I should have seen this coming but what surprised me was the speed with which it was done and the company that did it. I'm speaking, of course, of the news late last week that no sooner had Osama's remains sunk to the bottom of the Arabian Sea the Walt Disney Company sunk to a new low and moved to trademark the name of the elite special forces team that killed Osama Bin Laden, "Seal Team 6".
Disney's trademark applications cover clothing, footwear, headwear, toys, games and "entertainment and education services" among other things. I think they've just about covered everything saving renaming their theme parks Osamaland.
The news last week first made me think of that old Disney double entendre "is Disney fuckin' Goofy?" The other half of that old joke involved Minnie, but you get the idea. But the more I thought about it the more I thought: bad taste or no, Disney's gonna cash in. 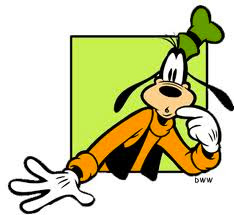 Disney's Goofy
The trend in Hollywood these days is sequels and remakes. Imagine, if you will, (thank you, Rod Serling) the following possibilities.
Remember "Finding Nemo"? Get set for its sequel "Finding Osama". It could happen. But I warn you...this time around the main character dies in the end.
There's the Disney classic "Snow White and the Seven Dwarfs". Imagine "Snow White and Seal Team Six". This may be an x-rated film with the sub-title "Hi Ho, Hi Ho".
How about "The Incredibles"? They wouldn't even have to change the title!
When I was a kid I can recall watching "The Computer Wore Tennis Shoes" with Kurt Russell. The updated version might be called "Seal Team Six Wore Kevlar Suits and Night Vision Goggles". I think Russell's still available for the leading role.
Of course, Disney would have had to have been inventive if Team 6 had tortured Bin Laden. Then they might have to reinvent and revise their classic "Old Yeller".
And who will star in Disney's new Seal Team 6 movies, be plastered all over T-shirts and lunch boxes, be the heros of violent video games?
Well, given the operation encountered a few problems like crashing it's helicopter I think Mickey Mouse is a safe bet.
It took the US 10 years to find the guy so I think maybe Goofy's in. And I think two of the dwarfs, Dopey and Sleepy are prime candidates, too.
But, personally, I think the real money's on Sammy The Way Out Seal. Yep, I think he's really got a leg...um, er, make that flipper up. 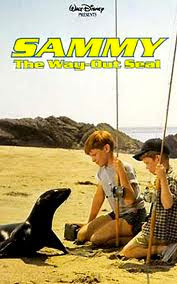 Harry Lewis said…
Hahaha. I can't wait for the premier of "Finding Osama."

nonamedufus said…
Something tells me it won't be quite as serene as Finding Nemo, although it may be even more "animated".
16 May 2011 at 08:39

quirkyloon said…
I know it's not a Disney movie, but I couldn't help but think of

At the junction...
Burka Junction!

00dozo said…
Thank the gods I'm getting my new glasses this week. After seeing your sub-title for "Snow White...", I read "The Computer Wore..." as , "The Computer Whore ..."

nonamedufus said…
I like It, Quirks! You know we used to call Islamists Towel Heads but it turns out those are little sheets not towels they wear on their heads. So to be PC we should be calling them Little Sheet Heads!
16 May 2011 at 12:32

nonamedufus said…
You've written a whole different post. That's funny. Maybe you should hold off on those new glasses.
16 May 2011 at 12:34