June 26, 2009
There's a debate underway in my household between my wife and I. I say "underway" because it hasn't quite reached the "raging" stage. If you want raging, my wife (a Francophone) and I (an Anglophone) from time to time (usually in a weak moment of my own making) slip into our number one discussion around why we don't speak more French at home - ergo - when am I, a former public servant who learned French at the expense of our gracious taxpayers and was technically rated bilingual (even though I hardly used it), going to improve my use of Canada's other language? This one never gets resolved, hence it's ongoing nature. 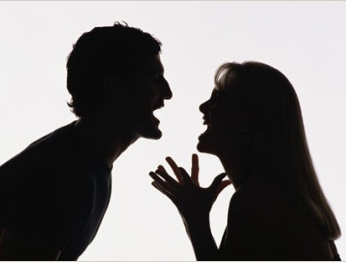 But the current debate is over a remark I casually made the other day. I'm no geek, but with a lot of time on my hands I surf the web, converse on Facebook and such and - I have to admit - "I'm nonamedufus and I'm a Twitterholic". In an epiphany-like moment I was struck by the apparent impact of social networking technology on our everyday lives and I said something to the effect that "Gee, do you ever stop and think that technology now defines us generationally more than age does?"


My point was that social networking technology crosses all ages from tweens to the blue rinse set. And, if you think about it, it kind of started with things like radio, followed by television, then colour television, the Internet, e-mails, Facebook and now Twitter. These things weren't confined to one age group but used by all.


The number of seniors who use Facebook, for example, continues to grow. Hell, they even have their own groups. The two I joined are called "I am too old for Facebook - But I Don't Care" and "Unlike 99.9% of the Facebook population, I was born in the 50s". But while Facebook wasn't invented by or intended for Senior Citizens, nevertheless its users cross all generations.


Now my wife's position in this discussion (notice I avoided the term "argument') is not contrary to mine. Rather it's tangential. (Now, you know why our arguments are ongoing - nobody ever remembers the original premise!) Her position is that social networking technology is really anti-social networking technology. Why? The advent of e-mail MySpace, Facebook, Twittering and texting has discouraged face-to-face discussion, chiefly, in addition to a deterioration of our youth's spelling abilities as they "txt" to their "bff"s and in many instances replaces accuracy with opinion.


All good points, with which I hasten to agree. But slightly off the mark from the original premise.


I think I'll e-mail her and let her know!

Unknown said…
I hate to agree with a man on anything.. but you are right. I only do myspace though.. and even then I don't log in all of the time.

Then again your wife is right too

I don't know how many times I have called my son on his cell phone when I am at home and so is he.

expateek said…
I'm not sure, but I think "tangenital" might have been some kind of Freudian slip. Although my point about the word "tangenital" is rather tangential to your post.
26 June 2009 at 07:53

nonamedufus said…
dizzblnd: So your saying we're of two minds on this?

expateek: ha, ha actually I'd been skinny dipping and tanned my genitals. Thanks for catching that!
26 June 2009 at 08:07

nipsy said…
Without the ability to Twitter and Facebook away, I never would have found my cousin we thought passed away. She lives in Germany and found me through a Google Search!! As much as I hate many of the other sites and I can't text 9-1-1 to save my life, I do think in other ways technology has done us good.

Unknown said…
I would not necessarily go right back and tell her she is right. There are so many good things about technology, yet her arguments are sound. What is funny to me is with all the social media sites I am on plus all my blogs, I have yet to get a cell phone. Agree to disagree.
26 June 2009 at 12:10

Anonymous said…
Ah, we have the karma baby.

I've been thinking a lot about the blogosphere lately.

I see both of your points of view, but I don't agree entirely with your wife.

The blogosphere allows us a connection with other people. And it does cross generations. I mean I'm blog friends with older men (ahem) and younger men, younger women, and older women because of the blogosphere!

In real life, I probably would not have reached out to many of you. We usually seek out our own age and kind, ya know?

There's good and bad, but I lean towards the good with blogging.

But then again, I'm quite the narcissist! heh heh

Frank Lee MeiDere said…
First -- the idea that these technologies appeal to one demographic is usually a myth created by marketers who want to promote to the youth market by using the "next big thing." As for these technologies being "anti-social" -- well, I certainly have sympathy with that point of view when watching students in the cafeteria sitting at one table as each one yammers away on a cell phone. Still, I haven't actually noticed that they've stopped being social. If anything, they're more social than ever.

Anonymous said…
I live on facebook. I'm also hooked to Mafia Wars. Society is an enabler too - free wifi everywhere (even at campsites) so that I can take my laptop everywhere and never be apart from the internet. Isn't that amazing?

My children's pediatrician says that my children should be limited to 2 hours per day of screen time. Screen time is defined as TV/internet/video game time, and that the rest of their hours should be filled with reading books or playing outdoors.

What's good for children is usually also good for adults, but I'm not taking his advice.

Turn it off for a day and read poetry to your wife in French. That'll get 'er. ;-)

surveygirl46 said…
i LOVE social networking and the coolest thing about it? The fact that you run into all sorts of types of people (just like in everyday life in person) the cool ones, the funny ones, the smart ones. In particular the AHOLES, the jerks, the OFFENDED WHINERS et et; you don't have to have them hang around you if you don't want - CLICK! Oh that we could do that in real life:)
30 June 2009 at 15:53

Quirk: You and I are quite sympatico. Oh, hey, and thanks for "hearting" my blog!

Frank: I think its six of one half a dozen of the other. Depends on your definition of "social". P.S. Yeah I created a new word!

surveygirl46: Yeah I agree with you and Quirky. I've met some pretty neat people from all walks of life of all ages. I love it!

nipsy said…
Without the ability to Twitter and Facebook away, I never would have found my cousin we thought passed away. She lives in Germany and found me through a Google Search!! As much as I hate many of the other sites and I can't text 9-1-1 to save my life, I do think in other ways technology has done us good.

Quirk: You and I are quite sympatico. Oh, hey, and thanks for "hearting" my blog!

Frank: I think its six of one half a dozen of the other. Depends on your definition of "social". P.S. Yeah I created a new word!

surveygirl46: Yeah I agree with you and Quirky. I've met some pretty neat people from all walks of life of all ages. I love it!