June 21, 2009
There were several issues that caught the imagination of Canadian editorial cartoonists this week. The Iranian election, the game of chicken between the minority-governing Conservatives and the Opposition Liberals over the possibility of a Canadian summer election, and the travails of RIM co-founder Jim Basillie in his attempts to bring the Phoenix Coyotes to Hamilton, Ontario... 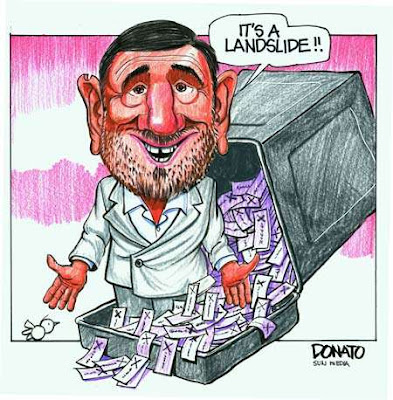 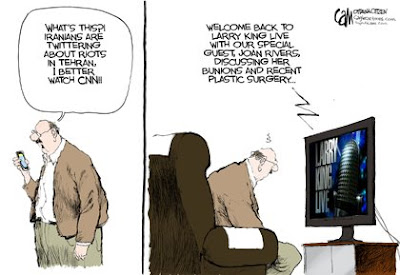 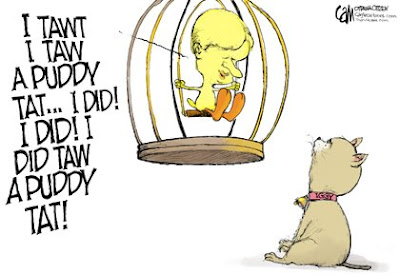 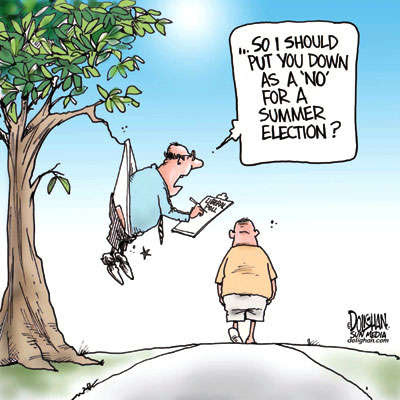 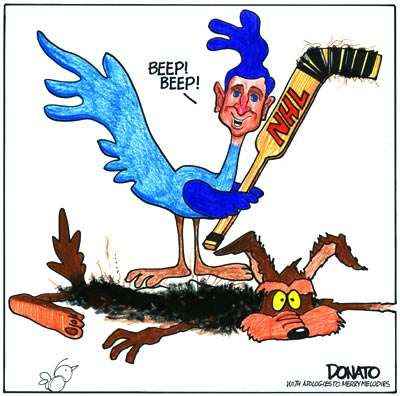 And it's Father's Day. If my Dad were alive he'd appreciate this. I inherited his warped sense of humour. Happy Father's Day, Dad.

On Being a Father...
Red Buttons
Never raise your hand to your kids. It leaves your groin unprotected.
Jimmy Piersal, on how to diaper a baby
Spread the diaper in the position of the diamond with you at bat. Then, fold second base down to home and set the baby on the pitcher's mound. Put first base and third together, bring up home plate and pin the three together. Of course, in case of rain, you gotta call the game and start all over again.
Ernest Hemingway
To be a successful father, there's one absolute rule: when you have a kid, don't look at it for the first two years.

Frank Lee MeiDere said…
And don't forget Robert Heinlein's excellent advice for raising boys: "I have long suspected that the male of our species, in most cases, should be raised in a barrel and fed through the bung-hole. Then, at age eighteen, a solemn decision can be made: whether to take him out of the barrel, or to drive in the bung."
21 June 2009 at 10:08

Unknown said…
I can do nothing but shake my head at that "election".

I loved the fathers day card and quotes especially the 2nd one.

nonamedufus said…
Frank: Well what would one expect? He's a stranger in a strange land.