If You Wanna Get To Heaven...

A man died and went to Heaven. As he stood in front of the Pearly Gates, he saw a huge wall of clocks behind him. He asked, 'What are all those clocks?'

St. Peter answered, 'These are Lie-Clocks. Everyone on earth has a Lie-Clock. Every time you lie, the hands on your clock move.'

'Oh', said the man. 'Whose clock is that?' 'That's Mother Teresa's', replied St. Peter. 'The hands have never moved, indicating that she never told a lie.'

'Incredible', said the man. 'And whose clock is that one?' St. Peter responded, 'that's Abraham Lincoln's clock: the hands have moved twice, telling us that Abraham told only two lies in his entire life.'

St Peter replied, 'Jesus has it in his office. He uses it as a ceiling fan.'
merci Leaman


Perils of a Catholic Upbringing

As I walked down the busy sidewalk, knowing I was late for Mass, my eye fell upon one of those unfortunate, homeless vagabonds that are found in every city these days.
Some people turned to stare. Others quickly looked away as if the sight would somehow contaminate them.

Recalling my old pastor, Father Mike, who always admonished me to 'care for the sick, feed the hungry and clothe the naked,' I was moved by some powerful inner urge to reach out to this unfortunate person.

Wearing what can only be described as rags, carrying every worldly possession in two plastic bags, my heart was touched by this person's condition.

Yes, where some people saw only rags, I saw a true, hidden beauty.

A small voice inside my head called out, 'Reach out, reach out and touch this person!' 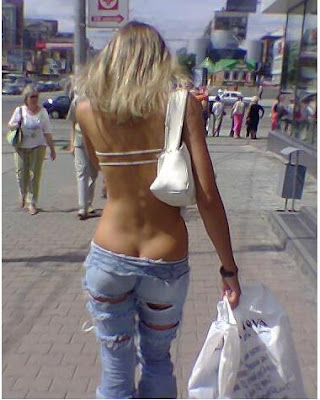 I won't be at Mass this week. 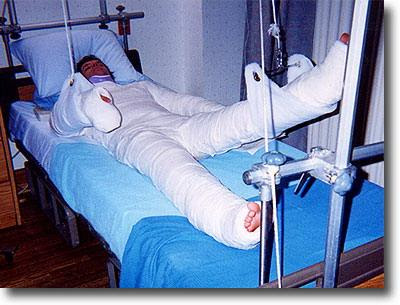