June 14, 2009
Well, the pickings were plentiful for Canadian editorial cartoonists last week. Natural Resources Minister Lisa Raitt, not content to leave secret documents behind in a TV studio felt her 15 minutes of fame needed to be extended and commented into a mistakenly recording tape recorder that the shortage of medical isotopes to help treat cancer patients was a "sexy issue" that would look good on her if she solved it. The same aide who lost the documents also lost the tape recorder that a reporter finally listened to after it sat in his office for 5 months. Gable of the Globe and Mail had some fun with this issue.
The fall out over North Korea's nuclear missile continued. The Ottawa Citizen's CAM had a unique perspective of the impact on the USA. CAM also had some fun with the hockey playoffs coming to a close.
We end the week with two portrayals of federal Transport and Infrastructure Minister John Baird. Somewhat of a pit bull at the best of times, Baird was overheard to say that
since the city of Toronto couldn't get its one application for funding under the $4 billion federal infrastructure program right, and was now "bitching" about a lack of co-operation from Ottawa, Toronto could "fuck off." Dewar of the Toronto Sun and Aislin of the Montreal Gazette must have thought they'd died and gone to heaven with such material to work with. 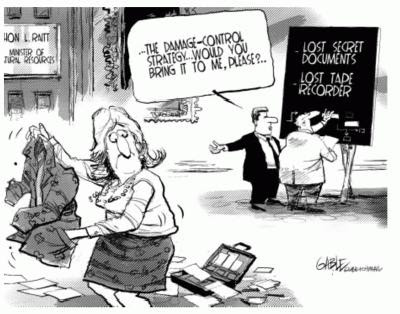 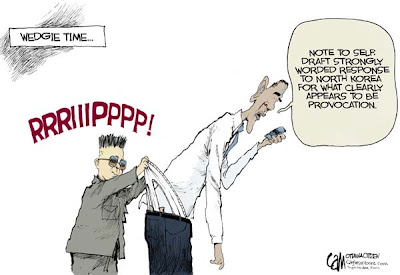 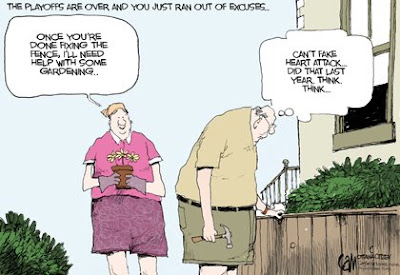 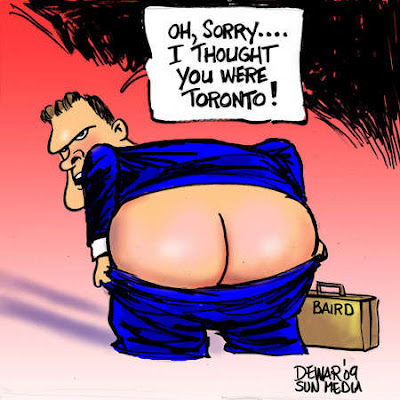 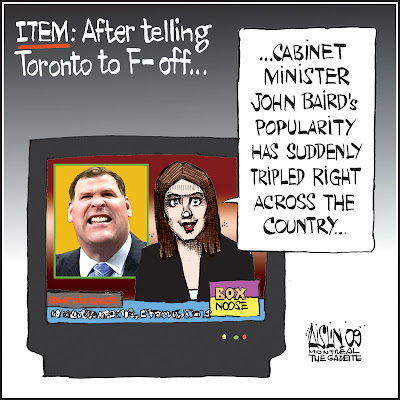 nipsy said…
I love reading your Sunday funnies, they always make me feel a wee bit better about American Government bungles..
14 June 2009 at 09:12

Anonymous said…
Unlike nipsy, nothing makes me feel better about American Government. No matter whatcha got darlin, at least you have hospitalization insurance. (just trying to make you feel better)
14 June 2009 at 11:51

Me-Me King said…
I really don't know what's happening in Canadian politics, but these are funny. I love the Toronto one!

Donnie said…
The header is catchy and great for this site. Glad to see Canada is squalling and balling over political issues too. Perhaps America and Canada can get together and become allies.
14 June 2009 at 18:30

nonamedufus said…
Nipsy: Glad you enjoy 'em. Yep, we've got our problems, too. But we've got some great editorial cartoonists.

Dana: You know I think governments everywhere have their problems.

Me-Me: Glad you like the header. I think it's so funny.