A Tale Of Two Athletes - Will History Repeat Itself?

December 17, 2009
The Theme Thursday topic this week is "history". And, as is my predilection, here's a bit of a different take on the theme. Sports has had a history of bad boys. Tiger Woods won't be the last. But who will be the next? Read on.
Until now transgressions of sports figures have sort of flown beneath the radar. They may make the news for a couple of days and then people forget about it. We've seen some who've been shot, who've shot others and who've shot themselves. Then there are those who train and bet on fight dogs. And of course there's the steroid hall of fame. But it was you-know-who who really put transgressing sports figures on the map.
At least MY hero hasn't gone off the rails. He's as straight as an arrow, as cool as a cucumber and as sharp as a tack (I never understood that one. Are tacks sharp?) I'm talking about Brett Favre. But wait a minute. When you think about it, Favre is poised to slip. He's right on the edge. Let me show you what I mean.
The number of NFL seasons Brett Favre has played: 19
The number of mistresses Tiger Woods played with: Hmmm... 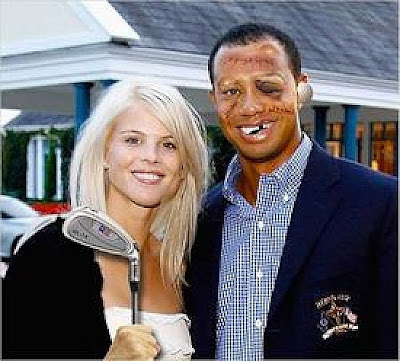 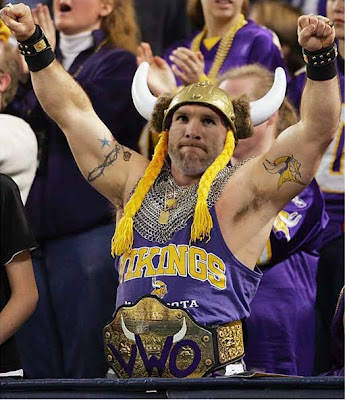 So you see, if my sports hero Brett Favre slips. He's primed to make fun of. Of course, I wouldn't make light of him now. I'll just file this away in case I need it later. History will be the judge.

Alan Burnett said…
Indeed history will be the judge. Thanks for your entertaining alternative take on the theme. Theme Thursday greetings to you.
17 December 2009 at 06:49

nonamedufus said…
Alan: Thank you sir. You're certainly up and about early this morning!
17 December 2009 at 06:54

Marvel Goose said…
Farve does not have very far to fall on the morality meter. After all, he's from Louisiana: home of Brittany Spears, Huey Long, and a history book full of "colorful" characters.
17 December 2009 at 07:41

nonamedufus said…
Goose: Thanks for dropping by. Hope things are going well in your part of the world. Seems most sports stars don't have far to fall. If Favre should, looks like he'd certainly be in interesting company.
17 December 2009 at 07:47

Moooooog35 said…
I think Ben Still did an admirable job of making fun of Favre's name.

You know...as much as you could do with it, I guess.

Donnie said…
The only thing Favre will "slip" in is perhaps the quarterback ratings.
17 December 2009 at 11:20

Kate Hanley said…
Very funny and original take on the theme. One of my favorite athletes didn't slip (as far as I know) Cal Ripken - he just showed up to play everyday. And, I'm not sure how to make fun of his name.
17 December 2009 at 15:10

Kris McCracken said…
Tiger has always been good with wood in his hands.

Chris said…
Tiger's apparently planning to par every nine-hole course in the country.
17 December 2009 at 16:41

nonamedufus said…
Kate: Glad you enjoyed it! I think you're absolutely right about Ripken.
17 December 2009 at 17:10

injaynesworld said…
LOL! That is pure gold, my friend. The cleverest stuff I've seen written about Tiger and his endless quest for tail...
17 December 2009 at 17:31

Brian Miller said…
i imagine if i had to stand in the spotlight, someone would find somethign to talk about...

Gladys said…
I am bustin up over here. That first picture is too funny. So do you think she should have used a wood on his wood?
17 December 2009 at 23:06

Dreamhaven said…
Sad but true, with fame comes the opportunity to really screw up.

Kris said…
Tiger has always been good with wood in his hands.

Brian Miller said…
i imagine if i had to stand in the spotlight, someone would find somethign to talk about...

Indigo Roth said…
Hey Dufus! He's just too damned good looking, the bastard. Find me a woman who wouldn't reach for one of his thrown balls, and I'll show you a gal who's tired of life. Indigo
3 October 2012 at 17:45