Dick Drops His Ball And We're Watchin' It At My Place 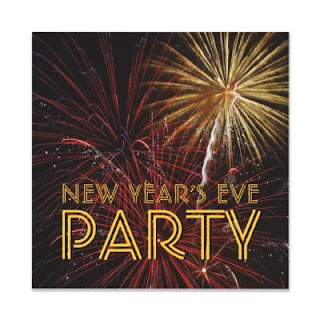 It's party time at nonamedufus!  I live in Ottawa - across the river in Aylmer, Quebec to be precise - and holding a party here can be a real challenge.  Ottawa's a government town where bureaucrats vacate their offices at 4pm and the sidewalks are rolled up by 6pm.  In downtown Ottawa there's a pedestrian mall called Sparks Street a block away from Parliament Hill.  While the street is jammed with civil servants at lunch time, passing through shops and eating at outdoor terraces, you can shoot a cannon down the street at 5pm and not fear hitting anyone except for a flock of pigeons still engaged in plucking dropped french fries off of the pavement.

But I digress, I was shanghaied into this party in the comments section of my post Tuesday by CatLadyLarew who invited herself to what then was a non-existent party.  She said she was going to drive up from Rochester  ...and to use a seasonal expression, it kind of snowballed from there.

So I got some snacks out - some swedish meatballs and piggies in a blanket left over from Christmas.  I've warned up the HDTV so we can watch Dick Clark's ball drop.  Eww, that didn't sound right.  At 80 you'd think that would've happened by now.  No, I mean the big ball with the lights in Times Square.  There's diet Dr. Pepper I got a deal on at Amazombie.com for a couple of my guests, including Quirkyloon.  And Don from Beyond Left Field will be happy to know there'll be plenty of fruit cakes to both nibble on and - since he'll be there - talk to.

And folks?  This is a non-resolution party.  I don't know about you but I can never seem to keep resolutions.  So why in the hell make them.  That's the one resolution I CAN keep - not to make any.

So come on in.  Have you met Mad Mad Margo?  Don't say I told you this but poor Margo is schizophrenic.  She also goes by the name of Screaming Me-Me.  Poor dear.  She lives in Arizona.  Must be the heat.  But I didn't say anything, okay?

I've already told you about Cat Lady.  Now she's a bit odd in that she calls herself Cat Lady but calls her blog How To Be A Cat Lady Without The Cats.  Go figure!  She's also a DDP-aholic.  Again, it wasn't me that told you.

The Queen of DDP though is Quirkyloon.  She must have 20 cans a day.  But she'll always share.  She's kind that away.  Indeed I'm always telling her about her largesse.  You know, though, I think she must be having an affair with Dr. Pepper.  Better not tell Tiger.  How else could she afford to put so many away in a day?  I had to bring in 10 cases special for her from this place she told me about - yeah, Amazombie.com.  Who better to know.  After all she's preoccupied with all things zombie. But, once more, you didn't get it from me.

I mentioned Don from Beyond Left Field.  He's really from Hattiesburg, Mississippi - home town of quarterback Brett Favre.  Don's a real, live good ol' boy and he's one of the goodest I've ever met.  But you didn't hear ME say that, okay?

Hold up, there's a few more folks I'd like you to meet.  This here's Chelle B also known as The Offended  Blogger.  Be nice to her.  She also runs Humor Bloggers Dot Com where we all hang out (so I had to invite her) and she's just started up The Offended American which is quickly becoming the Offended Canadian because I'v published several posts over there!  Chelle's our over achiever, eh?  But don't tell her I said that.

Speaking of Canadians, here's Frank Lee Mei Dear from Toronto.  But watch out he'll probably tell you, and I quote, "I Probably Don't Like You".  Frank's an academic type, a college professor.  Which may explain why's he's just started up a new blog I Probably Don't Like Teaching.  But someone else told you this, okay?

Oh, look, there's Jayne.  She's new.  She seems nice, chatty.  But she's in her own little world at times.  You could say she's injayne'sworld.  She herself says she's an unapologetic bleeding-heart liberal.  My kinda gal.  But don't tell her I said so.  We've got some funny people here right-of-center and I wouldn't want to offend them.  But don't tell them I told you that.

That guy over in the corner by himself nursing a six-pack of Corona is Mike from Too Many Mornings.  Mike's a journalist but just lost his job.  What a downer - at Christmas.  He also knows Adam Sandler and has been on his yacht.  Maybe he can get Mike a job in Hollywood.  Don't mention I said anything.  Maybe he can't.

Oh yeah, and that guy there, covered in flies?  That's Moooooog, perpetual winner of my caption contest and owner of Mental Poo.  Moooooog don't know shit.  Well actually he does, and he blogs about it at every opportunity.  But you didn't get that from me.

And then there's me, nonamedufus, your congenial host.  I'd never say an unkind word about anyone you jerk-off, fucking remember that.  But, hey, I didn't just say that, okay?

There are many others here too many to introduce individually but to get acquainted with the folks I've mentioned and those I haven't just click on my blogroll in the right side bar and you'll find them all. 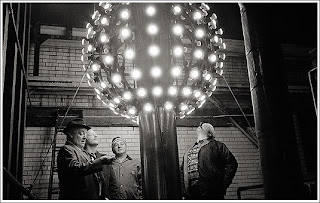 http://howtobecomeacatladywithoutthecats.blogspot.com said…
Yay! Party at Dufus's house! But, wait... you forgot to send us your address... I'm going to be driving around Aylmer for a long time tonight looking for your house. Sure hope that kid is still hanging on the clothes line so I can find it.
31 December 2009 at 07:23

Me-Me King said…
Okay, thanks for having us over, Dufus. You've laid out a nice spread for watching Dick's ball drop. Quirky and I carpooled all the way from Arizona, she's parking her Zombie-mobile and will be in a minute.

Let's get this straight once an for all - my real name is Me-Me. When I set up The Screaming Me-Me, that name was already taken. So, I used MadMadMargo - blogspot took that one. Okay? Jeeeeeez!

Thanks for the party!!! Happy New Year!!!

You name your blog 'Mental Poo' and all people think is that you write about shit.

Anonymous said…
Aw thanks Nomie! I was hurt when I found out the Catlady had been invited to a party at your place and I hadn't heard a thing about it.

I drowned my sorrows in a case of DDP.

And you silly Nomie! I never knew you were a "butt" man, cuz you're still going on and on about my largeass!

But hey a largeass is better than a bony, skinny one.

Happy New Year Nomie! You're in my top ten list of blogs YEAR-ROUND (no I'm not alluding to my largeass again).

nonamedufus said…
Moooooog: Glad you could make it. Back away from the piggies in a blanket. Those are for eating.
31 December 2009 at 12:23

Donnie said…
It's time to party hearty in Ottawa! I'm game. Hehehe...thanks for mention(s) and the great post! Have a good new year's night with you and your Dick and his ball.
31 December 2009 at 13:03

http://howtobecomeacatladywithoutthecats.blogspot.com said…
I'm glad Me-Me and Quirky drove the Zombie-mobile, because I may need a ride home.

Hey... my word verification is "actingi"

nonamedufus said…
thinkinfyou: The invitation must be in the mail. Sorry tfy.
1 January 2010 at 05:14

Phils Phun said…
G'day Dufus
Happy new year from down under
C'mon down and we'll head for the beach with the esky
Don't forget your bathers
Cheers
1 January 2010 at 05:21

MikeWJ at Too Many Mornings said…
Hey, NoName, thanks for the shout out. I kind of went missing over the holidays. Had something to do with the job loss and the Coronas and all, and I just now saw this post. Verra nice, and happy New Year to you, too.

nonamedufus said…
Mike: Hey no problem. Hope the job search goes well. Yeah Me-Me/MadMad scares me too. Anyone that has to repeat themselves like that...just sayin', just sayin'.
4 January 2010 at 08:20

MikeWJ at Too Many Mornings said…
Hey, NoName, thanks for the shout out. I kind of went missing over the holidays. Had something to do with the job loss and the Coronas and all, and I just now saw this post. Verra nice, and happy New Year to you, too.