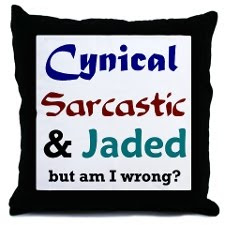 We live in interesting times. For example, yesterday the United States President received a peace prize days after announcing he was sending 30,000 Americans off to war. Is it just me? Does no one else see the irony in this situation.
Or how abut this? David Letterman makes jokes about a philandering golfer over "transgressions" he himself engaged in. Sad, that having put his own wife through hell over his own inappropriate behaviour, he drags it all up again with the line "I wish he'd stop calling me for advice.
Here's another example. Last month, after being bad-mouthed and ridiculed for half his life for his lifestyle and life choices Michael Jackson was showered with four posthumous music awards. Was he awarded for his talent...or because he's dead?
Sarah Palin's making the rounds, doing a national book tour. Yeah, right. If you think all she's selling is a book then I wonder what you're smoking.
And get this. The Muppets are 40 years old and they're still hanging around little kids. What's up with that?
I'm a cynic, I know. But can you blame me?

Moooooog35 said…
Being 40 and hanging around little kids = bad.

Anonymous said…
That's why I've become such a fan of Law & Order. Makes me feel much better seeing all that hatred in the world.

Makes my world seem like a wonderful place to be!

nonamedufus said…
Me-Me: It must be getting close to Christmas. I keep getting more and more cynical about the world lately. Bah!
11 December 2009 at 10:50

nonamedufus said…
Quirks: Funny how Law and Order is the entertaining show and Entertainment Tonight is the depressing one! Hmm...
11 December 2009 at 10:52

Donnie said…
Sarah Palin is selling more than her book? Now wonder there are so many people in line to get her autograph. Think I'll buy two...and whatever else she has to offer.
11 December 2009 at 12:01

MikeWJ at Too Many Mornings said…
I don't think Jesus, I mean President Obama, deserved it, either. I don't even think he thinks he deserved it. Me-Me King couldn't be more right: This so-called war is too expensive, and what happened to the promise to get us out of that shithole? We're going to bankrupt this nation fighting a war we can't win, a war nobody's been able to win since Caesar was in power. I'd say that I expected more, but as far as being a cynic goes, I think you already know that if you're the president of the club, then I'm the vice president.
11 December 2009 at 14:39

Dr Max Tunguska said…
Not cynical at all. Just seeing what the powers that be would rather you didn't notice.
11 December 2009 at 16:59

You are not wrong.

Chris said…
All very good points, Dufus. Especially about Jacko. The time to honor that pedophile was about 30 years ago. His last 20 years were nothing but shame and lewd behavior.
12 December 2009 at 16:24

MrsBlogAlot said…
Well then, go ahead and color me Cynic as well.

I'd rather be vibrantly cynic than delusionally colorblind
13 December 2009 at 13:36

injaynesworld said…
If you're a cynic, I think we were separated at birth. LMAO! Saw you were just over at my place. We've been crossing paths a lot lately and I've been meaning to stop by. Sorry I didn't bring a gift. I,too, am a Taurus of your generation, came of age in San Francisco in the 60's. Wrote about it in a post called "Cruisin' With the Top Down" last month. I think you'll be able to relate. Now I'm going to click your follow button and you're going to be stuck with me. - Jayne
P.S. If you turn off your word verification, nothing bad will happen. I promise...
15 December 2009 at 13:34

nonamedufus said…
Jayne: Thanks for the visit and the follow. I appreciate your comments. Keep on cruisin'.

I took off the word veri. But last time I did that I got too much spam. I'll keep an eye on it.

P.S. The original title of this blog was Just Cruisin' 'cause at the time 2 years ago I was coping with cancer. I got to thinking people might think I was on the prowl for guys, so I changed it!
15 December 2009 at 15:41

Mrsblogalot said…
Well then, go ahead and color me Cynic as well.

P.S. The original title of this blog was Just Cruisin' 'cause at the time 2 years ago I was coping with cancer. I got to thinking people might think I was on the prowl for guys, so I changed it!
12 May 2011 at 14:49

cleonlim said…
thank you for the information