May 20, 2009
In the midst of the economic debacle that has thrown the very existence of everything from the Big Three automakers in the U.S. to small-town local newscasts in Canada into doubt, it’s heart-warming to see one bright beacon of light in what has become the deep darkness of economic ennui.

This year’s pageant is seemingly more famous not because of who won but because of who lost. Poor Carrie Prejean, Miss California, basically lost it all when she went up against celebrity judge Perez Hilton, the gay gossip monger extraordinaire. What sealed her fate was his question respecting her opinion regarding gay marriage. She’s not in favour. He wasn’t in favour of her response and demonstrated his reaction in the distinct lack of points he awarded her. She came out runner-up.
Miss Prejean’s 15 minutes of popularity were prolonged, however, when it came to light that she’d posed for some – say it ain’t so – risqué photographs. In a subsequent news conference, which drew about as much attention as the pageant itself – that is to say a lot – Barnum, er, uh, Trump absolved Prejean and allowed her to remain as runner up to Miss USA. 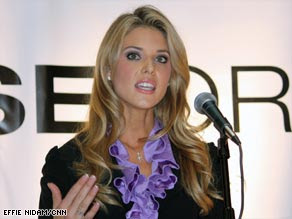 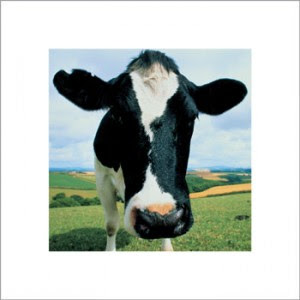 Canadians aren’t all that big on beauty pageants. The only thing that comes close to such high drama here in Canada that I can think of is, oh, uh... cattle judging, maybe. Agricultural shows are quite popular north of the border and where there’s an agricultural show there’s cows. Um, ah, you know, of the animal variety. Let’s take a look at what a judge in this contest looks for, citing Wikipedia as a research source.
Overall carriage is important. The head must be held properly and the neck must be broad, sit evenly on the shoulders and the base be in line with the spine. The head should be in proportion with the rest of the body.

When looking at the legs in an animal, the judge is looking mainly at the structure, and for some muscle.

When looking at the body, the judge wants to see as much rib extension as possible - this means having a large chest area. A long body is desirable because it holds more meat. A large, muscled rump is important, too.

Finally, the udders on females should not be pendulous and the teat size and placement is critical.

In Canada, however, our cattle calls don’t have a Question and Answer component. And I’ve yet to see nubile bovine black and whites. Bessie, your crown would appear to be secure.

Expat From Hell said…
I am wondering if we can't develop a new bovine strain equivalent of this disease: Mad Beauty Pageant Contestant and Judge. And Promoter.
Keep up the good work with your cows, and your posts!

Unknown said…
How about the Talent competition? Are there, say, "cud chewing" or mooo-sical abilities being examined here?
20 May 2009 at 14:37

Anonymous said…
As you likely know, vaca means cow in Spanish. Well, we had a vacation of sorts here recently in my family, and the teenagers were calling it the 'family's vaca' on their twitters and such. So somebody noticed the translation, and now we have a picture blog called Family's cow...

Of course, it has to be constantly explained, but that's part of the fun, I suppose. Kids..

nonamedufus said…
Expat: I think you've got something there; udderly hilarious.

And we don't need the sound like we're tripping
But we swear to God we saw Lou Reed
Cow tipping, cow tipping

My Daily List said…
I heard that 80% of the cows at the Calgary Stampede have had udder enlargement surgery. Don't they realize we can tell when their teats aren't in the right place anymore?
23 May 2009 at 10:27

nonamedufus said…
MDL: Yeah but imagine the fascinating wet jersey competition!
23 May 2009 at 17:56