May 06, 2009
Being a Canadian living in the shadow of our neighbours to the south isn’t easy. We do take comfort from time to time while, being bombarded by American television programming, in watching U.S. weather forecasters bemoan another cold front moving down from Canada. Yeah, that’s about the only time Americans are willing to concede Canadian Arctic sovereignty, or even mention us by name!

While there are many similarities between us, there are also differences. I’ve decided to launch a series of posts to draw your attention to some of these differences. The posts will appear from time to time and be called, with apologies to Pink Floyd, “US (for obvious reasons) and Them (for less obvious reasons because them is us Canadians)”.

You know I’ve heard it said there’s no big difference between us. Canadians, after all, are Americans without the guns. And I'm glad I heard that because it a nice segue into my first post in this series. 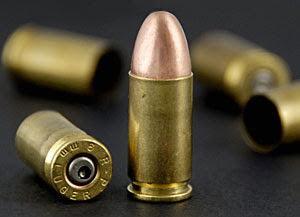 The following headline on cnn.com caught my eye yesterday: AMMO HARD TO FIND AS GUN OWNERS STOCK UP.

What the heck? Is anarchy running amok in the USA? Are there deep discounts on straw bales, empty beer cans and pop bottles? Is there a burgeoning black market in bootlegged bullets?

My first response was: "What's with the retro-infatuation with Steve McQueen?"

My second response was: “Oh my God, this over-reaction to the swine flu is really getting out of hand”. And then I read the first paragraph:

Gun shops across the country are reporting a run on ammunition, a phenomenon apparently driven by fear that the Obama administration will increase taxes on bullets or enact new gun-control measures.

And just how bad is the bounty less bullet situation? Read on...

Two weeks ago, The Firing Line was forced to impose a four-box-per-customer limit on ammo. Before that, the shop was selling 10,000 rounds of 9 mm handgun ammunition a day. Some calibers of ammunition have been unavailable for months.

10,000 rounds a day? What the heck? And who the heck is buying so many bullets and why; what do they intend to do with them? Are they expecting a rash of burglaries? Or is it the burglars trying to get a jump on everyone else, hoarding all the bullets. Here’s how the NRA explains it:
Andrew Arulanandam, communications director of the National Rifle Association, says the "unprecedented ammo shortages are widespread, and they affect small and large retailers."
"We have heard from members across the country in cities and in small towns from California to Maine," Arulanandam says. "There is a fear that Congress or the new administration will push for a firearm or an ammunition ban...”
Now why would some people - a lot apparently, ‘cause there’s a shortage - spend all that money on something that may soon be banned? Hmmm...

Here, in Canada, of course, we find it’s cheaper, and a tad safer, not to mention more fashionable, to stockpile T-shirts as we demonstrate our right to bare arms! 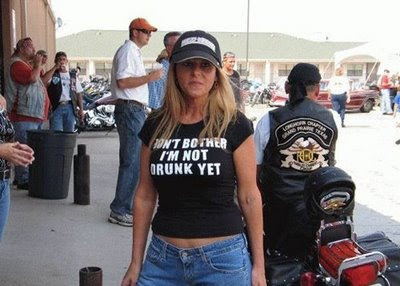 David said…
My father, brother, nephew and niece's husband are all ardent hunters. But none feel the need to hoard ammo or maintain a cache of automatic weapons.

It seems the NRA crowd have the belief that they must be prepared to defend their communities from the US Federal Government - like as if a truck load of guns can over come a flotilla of F-16's dropping bombs.

Sometimes it is difficult being a poorly armed US-ian.

Mary@Holy Mackerel said…
I'll never forget being in Washington, DC, and driving down some street, and noticing a young guy nonchalantly walking down the sidewalk, a huge rifle slung over his shoulder. I could not believe it. You'd never ever ever see that here in Canada. And I'm so glad. Just seeing a gun scares the crap outta me.
7 May 2009 at 09:56

nonamedufus said…
Quirky: Hey I'm up here in Canada and they'll never get those guns across the border...ya think?

David: Yeah, I don't get. In a crazy kind of way it's funny, particularly to us Canadians. The worst we hoard are donuts.

David said…
Mary - I've lived in DC for over 30 years and, other than the secret service protecting the white house and embassies or the Capitol police protecting, well, uh the Capitol and members of Congress, I've never once seen any "civilian" parading around town with guns of any sort hanging over their shoulders.

Sorry you were distraught but it had to have been some kind of anomaly. Please come back and give us a second chance to prove we are a peaceful folk.
7 May 2009 at 18:32