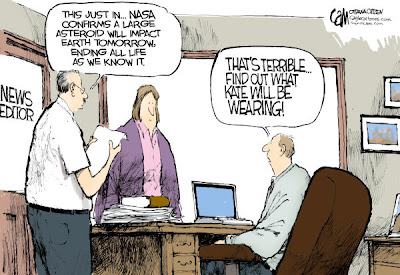 Is it safe to come out yet? Have those rug-rat Royals departed for the motherland? Has Kate and her fascinators and her fascinating hubby taken their leave? Yes I think the royal reprobates have retreated. 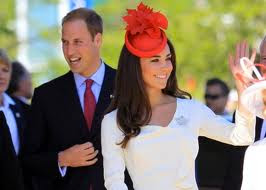 The royal youngsters.
I don't know why but Canadians from coast to coast to coast had the worst incontinence problem known to this nation. Young and old everywhere wet their pants, drooled and cried over the dynamic duo known affectionately as Will and Kate. 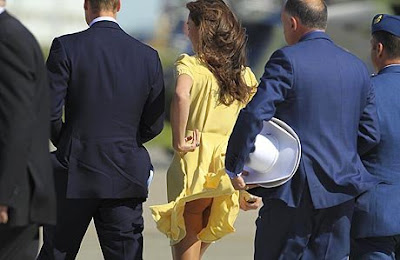 On Saturday Kate left Canada behind.
But I suppose we should count ourselves lucky we had the youngsters tour our nation rather than their grandfather. Prince Philip, the Duke of Edinburgh, after all, would only have insulted us. Oh, yeah. Don't believe me? Let me give you a few examples. The recently turned 90 year-old has stuck his foot in his mouth more times than a pair of mating centipedes. 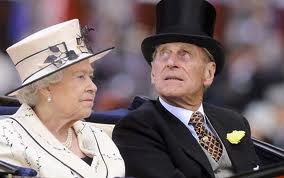 The royal geezers.
Britain's Daily Mirror newspaper rain a piece last week commemorating Prince Philip's 90th birthday with a list of 90 gaffes the geezer had committed over the years. Here are a few.
He once singled out a 14 year-old boy at a Bangladeshi youth club with the remarks "So who's on drugs here? He looks like he's on drugs."
To a successful Aboriginal businessman in Queensland, Australia the Dizzy Duke asked the man "Do you still throw spears at each other?"
In 2000, after Italian Prime Minister Giuliano Amato offered him a selection of fine wines at a state dinner, Philip replied "Get me a beer. I don't care what kind it is, just get me a beer!"
He once asked a Scottish driving instructor "How do you keep the natives off the booze long enough to pass the test?"
On a visit to China he said to a British exchange student "If you stay here much longer, you will go home with slitty eyes."
Many years ago, in 1976, he told Canadian journalists "We don't come here for our health. We can think of other ways of enjoying ourselves."
And as far back as 1956 he told the then President of Nigeria, who was resplendent in his traditional robes "You look like you're ready for bed!"
Small wonder there used to be a rumour making the rounds that when Philip made love to his wife Queen Elizabeth she'd close her eyes and think of England.
The royal family belongs to a unique, and obviously limited, gene pool. Look at Prince Charles. Hello?
And didn't royals marry their cousins or some such thing? So much for inbreeding.

quirkyloon said…
I have an extra pair of "Monday" panties (I also have the the rest of the week too). Now I know just who to send it too! Kate: the Pantieless Duchess.

Is this really the norm now? I know when the wild gals party, they go commando, but now it's just a 24/7 thingy?

00dozo said…
It appears that an Alberta clipper arrived earlier than usual this year.

nonamedufus said…
Those chinooks can sneak up on you when you least expect it. But you know you have to hand it to Kate. In the face of adversity she just turned the other cheek.
11 July 2011 at 13:58

00dozo said…
And everyone got a good gander when she got a Canadian 'goose'.

Sandra said…
Phillip clearly falls under the category of douchebag (I've always wanted to use that word in a comment! Hurray!)
As for the royals, I'm Canadian, and honestly, I had no idea they were even here. I finally figured it out when my husband insisted on eating his meals in front of the tv to watch the live coverage...sigh...
11 July 2011 at 18:06

nonamedufus said…
You're the first person to comment on the substance of the post- Prince Foot-In-Mouth, not Kate. I was suitably underwhelmed by it all but others, your husband included, simply went ga-ga over this. I just don't get it.
11 July 2011 at 18:24