It's the Tour de France, Ya Dope 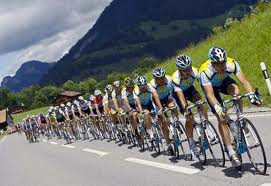 Are you ready for it? It begins July 2nd and runs for three weeks. Three weeks! I can hardly bike for three hours.
When riders cross the finish line in Paris, France they will have travelled 3,430 kilometres. They'll bike in baking sun, pouring rain, through tiny towns, large cities, up huge mountains and down into low valleys at breakneck speed.
Can you imagine the shape you have to be in for something like this. It really is a test of endurance.
Of late, though, The Tour de France has been shrouded in controversy. A little while back former team mates of seven-time Tour winner Lance Armstrong went public with the news that they, and he, used performance enhancing drugs in order to have an edge on their competitors. Although Armstrong has long been accused of this practice he's always denied it. But his team mates say they witnessed him doping. 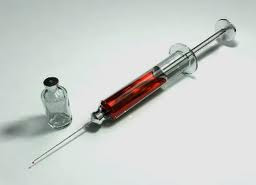 Now I don't mean to make light of this but some might question just what Armstrong is trying to "pedal" and just how he chooses to "frame" his argument.
The "seat" of the problem would seem to be his denials.
Of course this all came to light after a certain "chain" of events,
And Armstrong would have you believe that his former team mates are giving the public the "gears".
Of course his team mates counter that their former leader mis"spoke" himself.
Frankly I think everybody should get a "grip".
I mean give me a "brake".
This whole thing is starting to "tire" me out.

00dozo said…
You'd have to be a "cycle path" to watch this race. It's soooo boring.

Linda Medrano said…
I like how they look. But actually watching someone ride a bike only holds my interest for about 10 seconds. I think they all use performance enhancing drugs. Just like I think all actors and actresses use appearance enhancing procedures. It's all show biz.
30 June 2011 at 13:54

00dozo said…
Why, thank you! I thought it was a "Schwinn"-ing" comment.

Cheryl P. said…
Ziva and 00dozo, you guys are funny. Recyler and cycle path...good ones.
I do really love biking though which technically makes me a pedal-phile. I guess now there are some Recycling, cycle paths that are pedal-philes in the race.
30 June 2011 at 20:37