All Things Being Equal... 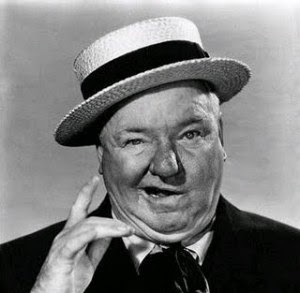 But they aren't, are they. If they were, then why did W.C. Fields want to rather be in Philadelphia?

It's like the difference between a Russian Lada and an American Cadillac.  Sure they're both cars. But they're very different.

How about Hellman's mayonaise and Nuttella. They're both bread spreads. But I don't think I'd use the latter to mix my tuna salad.

And what about music? Are Justine Bieber and the Rolling Stones equal?

Haircuts. A brush cut vs. low back and sides and just a little off the top?

Movies. Weekend at Bernie's vs. The Godfather?

Television: My Mother The Car vs. How I Met Your Mother? Okay, okay TV might be a gimme. It's all equally bad.

But my point is we say things are equal, but they really aren't. We like to think things are but we're only fooling ourselves. It took years before women could vote. They're still working on equal pay. You'd think same sex marriage would be equal to traditional marriage. But it's not. The American constitution says all men are created equal but just ask an immigrant or refugee.

I guess the classic example would be heaven and hell. Sure, they're both places in the afterlife, but all things being equal... ha, ha you see I did it myself. Nevertheless, they aren't equal. Everybody knows heaven's air conditioned. 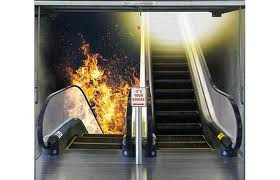 The prompt is "equal" over at Theme Thursday this week. Click the link to see how equal the other bloggers' posts are.

http://howtobecomeacatladywithoutthecats.blogspot.com said…
All things being equal, should I be concerned that I accidentally got on the down escalator again?
26 August 2010 at 07:27

Julie said…
Equal is to equivalent what same is to similar. Some things are weaselly distinguisshed but stoatally different.

MikeWJ at Too Many Mornings said…
Would heaven be air conditioned, or would it just be a pleasant 65 to 75 degrees all the time, with a pleasant breeze and a luau at the end of every day? You know, like Hawaii, except bigger.
26 August 2010 at 11:16

nonamedufus said…
Mike: Is there life after death? Is the afterlife equal to the now life? Is there heaven and hell? Is heaven air conditioned? Is there a luau at the end of every day? You notice I'm going with the questions here. I hope someone has the answers.
26 August 2010 at 11:35

Brian Miller said…
nice contrast...i do need to brush my teeth now just thinking about tuna and nutella mixed...and no equal does not add up in many realms....
26 August 2010 at 12:31

Kelly said…
Equal is not a synonym for "fair," otherwise I'd have thin thighs and perky breasts and a hot hockey player for a husband.
26 August 2010 at 13:21

All things being equal I STILL feel like hurling.

nonamedufus said…
Brian: Yeah I thought tuna and nutella would grab some people. Blech!
26 August 2010 at 14:02

nonamedufus said…
Kelly: Um, TMI! I kinda like the internet thing where you get to imagine what people look like. And of course that's how I imagined you'd look. Oh by the way, I'm 6'8" in my skates and hung like a horse.
26 August 2010 at 14:04

Jeff Tompkins said…
All things being equal, why is it that I have just now found out about your blog? Good stuff here. I'll add you to my suggested blogs.
26 August 2010 at 19:25

nonamedufus said…
Jeff: Glad you like the place. I used to follow you when we belonged to Humor Bloggers Dot Com. I've only just rearranged my blog roll so that it updates automatically, moving blogs with the most current content to the top. Voila, I discovered I had you on my blog roll. That's why I stopped by today and commented on your post. Looking forward to more.
26 August 2010 at 21:50

Jeremy from We Took The Bait said…
Call me odd, but I'm one of the few who would rather watch "Weekend at Bernie's."

Hell, I'd watch one of those Jim Varney movies before trying to sit through "The Godfather" again.

Bobbie said…
"And what about music? Are Justine Bieber and the Rolling Stones equal?"

nonamedufus said…
Jeremy: Funny. Ernie Eats a Tuna-tella Sandwich. Must have missed that one
27 August 2010 at 06:59

nonamedufus said…
Bobbie: Now that's a philosophical approach. Are you an equalstentialist by any chance? Happy to hear you enjoyed the read. Thanks for dropping by.
27 August 2010 at 07:11

Ziva said…
Great post and a wonderful take on the theme! Personally I can't really see what the difference is between a Russian Lada and an American Cadillac, they're both useless compared to German cars anyway.
27 August 2010 at 12:24