A Brush With Fame

August 19, 2010
M-I-C...see you real soon
K-E-Y...why? because we like you!
M-O-U-S-E.
Ah, the days of the Mickey Mouse Club.  Of course I didn't watch it for the songs or the cartoons.  My main attraction were Annette Funicello's breasts.  Annette went on to be a recording star and actress.  She played in such dark psychological thrillers as The Shaggy Dog and Beach Blanket Bingo. 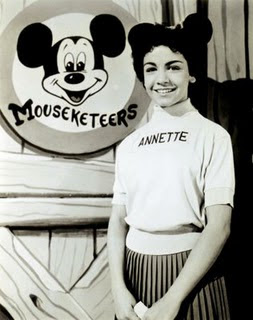 What you may not know is, at the time, Jimmie, the Mickey Mouse Club host was a star in his own right.  He'd starred in countless films in the 40s and 50s, often uncredited. 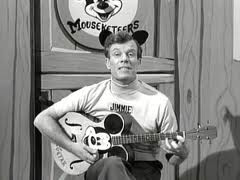 And he wrote the theme song for the show.  You know...

And the closing theme, as well.  But that's not all. Jimmie Dodd rose to even greater fame as Bucky Beaver. Who was Bucky Beaver? Just the best-known marketing icon and musical mascot of all of 50s televisions, that's who. Jimmie Dodd voiced the character responsible for pushing Ipana toothpaste. Think back - those of you old enough to do so - to those magic words 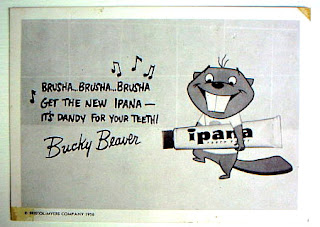 "...brusha, brusha, brusha get the new Ipana..."
And here's another piece of television trivia. Candice Bergen's mother Frances, an actress and model, using the name Westcott,  appeared in magazines as the Ipana Girl. 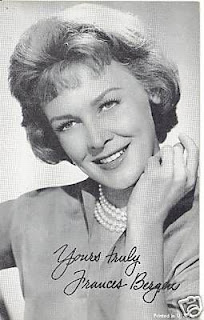 Some brush with fame for Dodd and Bergen, eh?

Now, everybody sing together...


"Brush" is this week's prompt from the folks at Theme Thursday. (B)rush on over and see what other bloggers have done with the theme.

Donnie said…
How well I remember Annette's breast, Jimmy's good looks and Ipana, and we have only M-i-c-k-e-y to thank for bringing all three together.
19 August 2010 at 08:50

nonamedufus said…
Brian: Do you remember "You'll wonder where the yellow went, When you brush your teeth with pepsodent"?
19 August 2010 at 09:34

Didn't she sing that song, "Hit Me Baby One More Time"?

Frank Lee MeiDere said…
Holy crap! Jimmy Dodd, the host of one of my favourite TV shows as a kid, was also the voice for Bucky Beaver, one of my favourite advertising icons as a kid? That's wonderful! I'd heard that Bucky was dropped because he tasted the toothpaste in the commercials and too many kids were following his example by eating whole tubes, or something.

Oddly enough, although I swear I can remember every commercial jingle I've heard in my life, the Ipana one barely sounds familiar, despite the fact that I really liked Bucky.

Also oddly enough, despite the fact that at the time Bucky was by far my favourite advertising character, my toothpaste of choice was Crest. Just because you like an ad icon doesn't mean you're going to use the product: something too many marketers, especially the new social or "new media" marketers don't seem to understand.
19 August 2010 at 13:08

nonamedufus said…
Quirks: You're thinking of the one many years later that didn't wear panties!
19 August 2010 at 14:07

nonamedufus said…
Frank: I can't for the life of me think of the marketing slogan for Crest. Oh, wait, wait I know. What kid's mother wouldn't buy a brand that promised ..."Look Ma No Cavities!" But, you may like to know that River West Brands sold Ipana to maxil of Canada (they make toothbrushes) last year who intends to re-launch it as a "retro brand" in the professional dental market.
19 August 2010 at 14:21

Roy said…
Hmmmm... Annette Funicello and Frankie Avalon, what a pair! And such classics of the silver screen they made! (Is your irony meter busted yet?) As for Jimmy, his further career was a mystery to me until you unveiled it here. Didn't half (or more) of the Mouseketeers become junkies and die early deaths?

We used (and I still use) Colgate toothpaste, but I'm damned if I can remember a commercial or jingle for it. And while I remember magazine ads for Ipana (featuring all those Beautiful People from Hollywood), I don't remember the commercial with Bucky Beaver. But I do remember "You'll wonder where the yellow went/ When you brush your teeth with Pepsodent!" I wonder if my parents used Colgate because it didn't have annoying ads and jingles?
19 August 2010 at 14:35

nonamedufus said…
Roy: To heck with Frankie Avalon. Annette Funicello: what a pair!

00dozo said…
I was too young for the Mickey Mouse Club (thank the Gods!), but I'm sure you would have loved to brush up against Annette had the opportunity presented itself.
;-)
19 August 2010 at 17:18

Claudia said…
so funny - we in Germany didn't have Mickey Mouse (well - not for teeth brushing) but "Karius und Bactus" - they were living in our teeth if we wouldn't brush them and build houses for them to live in....
19 August 2010 at 17:49

nonamedufus said…
Claudia: That's scary. How were you expected to talk with your mouth full of tiny houses?
19 August 2010 at 21:21

http://howtobecomeacatladywithoutthecats.blogspot.com said…
OK... let's see a show of hands of those of us actually old enough to have used IPANA? *raises hand*
20 August 2010 at 15:48

The Silver Fox said…
Ipana was just before my time. I'd heard some info about Jimmy Dodd, but if I heard about his voicing Bucky Beaver, I forgot it. Thanks for that!

nonamedufus said…
Silver Fox: But what about Annettte's breasts? Oh, well. Glad you enjoyed the post. We try to be a full service blog here - a veritable font of useless information.
21 August 2010 at 06:58

The Silver Fox said…
I was born in 1956. Even during the 1960s, when I saw Annette in the beach party films, I wasn't looking at "those." My sister used to remind me that Annette was originally one of the Mouseketeers, which I very vaguely remembered. Didn't mean to go off-topic with my "breastless" reminiscences! ;-)
21 August 2010 at 09:18