Looking For A Political Alternative? 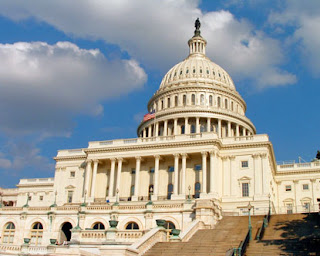 I was over visiting fellow blogger injaynesworld last week when I stumbled across her article about the Coffee Party.  At first I thought it was a joke.  You know something Jon Stewart or David Letterman would come up with.  But no, turns out this is a real political alternative to the Tea Party.

The Tea Party, in case you've been eating your cocoa beans before you grind and brew them, according to it's website calls it's membership "patriots" and says it's core values are: fiscal responsibility, constitutionally limited government and free markets.

Meanwhile, over at the Coffee Party website "democracy is sacrosanct".  And there are... "No lobbyists here.  No pundits.  And no hyper-partisan strategists calling the shots..."

Now, what you may not have known is a few other alternatives have sprung up.  Oh, yeah.  And as a public service, I'm going to share them with you.  You're welcome.

First there's the Tupperware Party.  Uh-huh.  They're quite secretive.  They advocate a tight seal around what their party does.  But their members, while somewhat flexible, are fakes.  That's right,
they're plastic. 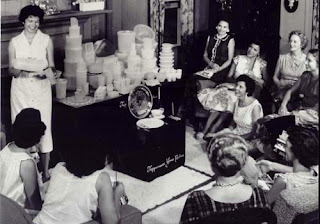 Not your mother's tupperware party!
Then there's the Keg Party.  Yep.  Their members are on the young side, for the most part.  They participate in silly antics.  Unlike other groups they don't give the government a sober thought.  And their platform is haphazard.  You got it...it's simply thrown up with little planning. 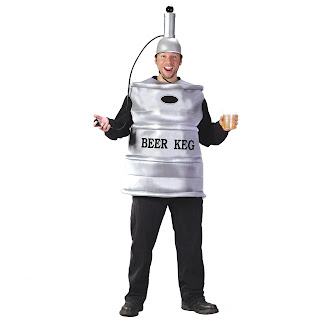 Wants to be Keg Party leader.  Draft him.
There's the Pool Party.  They've floated a few ideas but thus far have only shown themselves to be out of their depth. 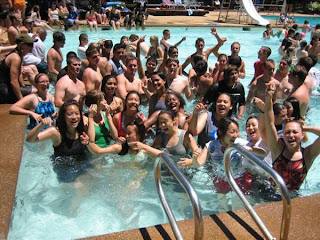 Pool Party.  They're all wet.
And finally there's the AVON Party.  They've been around a while.  They have a good foundation.  They're on the rouge side of the political spectrum.  Two problems with this group, though: their lips stick when they talk and the media accuse their spokespeople of not answering questions directly.  You betchya.  They make up their answers.

AVON Party...already have own badges!
And that's where the American political spectrum of 2010 is headed.  Kind of makes you want to move to Canada, doesn't it?

This post originally appeared on Sound Off To America.

http://howtobecomeacatladywithoutthecats.blogspot.com said…
Can I sign up for the Keg Party AND the Pool Party? Or do I have to choose just one. If that's the case, I guess I'll stay with the Coffee Party.
8 March 2010 at 07:03

Mama-Face said…
I heard about this "party" last week. Interesting...but if Mr. Beck is a member, well I just don't know if I can take it seriously. Sorry-I should not go political on you.

nonamedufus said…
mama-face: Beck and Palin were fronting the Tea Party. The Coffee Party has no high-profile members, just a bunch of jittery, nervous supporters.
8 March 2010 at 09:40

Anonymous said…
Well I'm a party pooper! That's the only party I belong to!

Leeuna said…
Love the party choices. And LOL at Margo's comment. I think Willie Nelson is the recruiter for the pot party.
8 March 2010 at 11:07

Unknown said…
For me who is aware about our politics here in the Philippines, i can also relate with this kind of issues.. Hope the coffee party will succeed.. hahahahaha..
8 March 2010 at 11:07

Donnie said…
I find that after appearing at a pool party I usually end up at a keg party. After that, I come home with boxes of plastic egg containers from the Tupperware party. Sadly, I don't remember any of this, but the egg containers come in handy.
8 March 2010 at 11:09

nonamedufus said…
Kelly: Hey, yeah. In the party hierarchy, that's after the Keg Party 'cause you need to be three sheets to the wind. Ha!
8 March 2010 at 15:09

nonamedufus said…
Chris: Damn, I would have to forget the Toga Party. My collection of political parties has been short-sheeted!
8 March 2010 at 16:34

Quirkyloon said…
Well I'm a party pooper! That's the only party I belong to!