I know you've all been waiting for it.

Today we launch the very first bacon-flavoured blog on the interwebs.

Well, that's what the promotional pitch says anyway.  The Parody Files relaunches today with a new look, a new format and five - count 'em - five fabulous, funny, misfit bloggers.  Of course I'm one of them otherwise why would you think I'd spend so much time promoting it.  We'll each be posting one day a week, Monday through Friday.  Who are we?

Oliver Clozoff (All of her...clever, get it?) owns the site and is our Editor In Chief.  He's a real stinker.  Or was a chief technologist at Stinker industries.  He's the one with the bacon.

Derek the Intern comes out of his mom's basement long enough to post once a week when he's not busy over at Audible Underwear.  Derek's the token geek among us.  Better him than me.


When Liam James Leaven isn't living up to the Parody Files motto of being the most fire-spewing blog in the universe, he's usually hanging out over at The Humor Books Blog.  We won't get into which end the fire spews out of.  You'll have to drop over to the Parody Files and judge for yourself. Watch out he doesn't bend over in your general direction!


The softer sex is represented by Ashley Garmany, a 20-something currently enduring a quarter life crisis.  He dating life is at such an apex she's currently thinking of post-graduate work in a convent.  Ashley hangs her hat, and the rest of her clothes, at twentyoneofseven when she's not sharing the detailsof her hattered life at the Parody Files.


And then there's yours truly, the old guy nonamedufus, an anonymous boomer - generationally and, at my age after all that bacon, indigestionally.  Yep, another outlet in the growing dufus empire where I share my pithy comentary.  That's with a "t" and an "h", okay?


So come on over and join us at The Parody Files.  It's a funny place, with enough bacon for everyone. 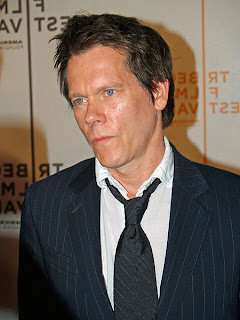 If you're looking for some fresh bacon...er, ah...dufus content you can find it here at the Parody Files, where I just posted it yesterday.  Try it.  You'll like it.

nonamedufus said…
Leeuna: And there's more fire-spewing going on over there than anywhere else on the internet. May have something to do with the bacon.
15 March 2010 at 12:12

nonamedufus said…
Hey Anonymous: This is my blog and I'll do the gratuitous self-promotional stuff. Promote your blog somewhere else. Thanks.
15 March 2010 at 18:44