The Family of Party Values

March 30, 2010
Michael Steele must be reading Titus Maccius Plautus these days.  Who is Michael Steele?  And who is Plautus?  Well Plautus is a Roman playwright who first came up with the line "You have to spend money to make money."  Michael Steele is the Chairman of the Republican National Committee and appears to have taken Plautus' words to heart - well at least the first half of that expression. 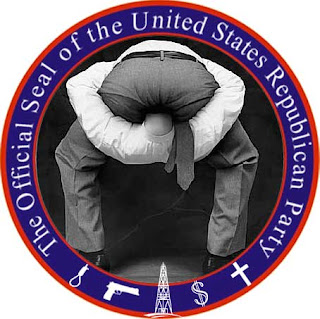 Get a load of this.  Steele wanted to buy a jet so it'd be easier for him to travel across the country.  He didn't but he charters one, spending $17,500 on chartered jets in February.  And when he gets to where he's going he stays in style, booking into only the swankiest of hotels.

Now comes word that some RNC members whooped it up at a "bondage-themed nightclub featuring topless women dancers imitating lesbian sex."  They whooped it up pretty good spending close to $2,000.  The club in question - The Voyeur - serves tea sandwiches and organic cocktails.  Sure.  Uh-huh.  Seems like somebody in the Grand Old Party likes having a grand old party! 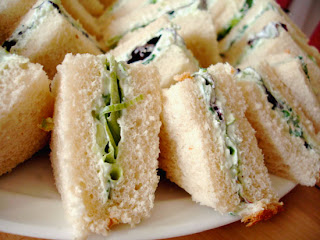 Anyone for $2000 worth of tea sandwiches, with a side order of strippers?
The RNC currently has $9.5 million in their coffers.  Steele began his tenure with $22.8 million and he's since raised $96.2 million.  Where did $109.6 million go? Well money was spent on two governor's campaigns in Virginia and New Jersey.  The rest?  I guess you've gotta pole dance to make money -  even if you do belong to the "party of family values."  Plautus would be gyrating in his grave.

Are Republicans considering a pole tax?
****
The dollar figures in this post were found in a story at The Daily Caller, and in some instances have been rounded off.

http://howtobecomeacatladywithoutthecats.blogspot.com said…
Pole tax... yeah, that's what they need to impose next. Let's bring back greed as an family value. This stuff makes me crazy!
30 March 2010 at 07:26

nonamedufus said…
CL: I'm sure the Dems have similar stories. They're just better at keeping them quiet...for now. Politics!
30 March 2010 at 07:32

nonamedufus said…
Leeuna: Yeah, who knew you could be taxed just for watching Polish strippers? (Bwa,ha,ha)
30 March 2010 at 10:26

nonamedufus said…
Kelly: Well, if you're a dollar short you obviously didn't stop by Voyeurs! But thanks for dropping in here. I really appreciate the visit. Come back any time now that you know where I hang out.
30 March 2010 at 12:07

Anonymous said…
Just dropping by from CCWA! Love the new official seal! It is perfect! The party of "family values"! I didn't realize that strippers were part of family values now.
30 March 2010 at 14:55

Donnie said…
Unfortunately, the Reps and the Dems are on the same slippery slope with the Dems out in front by a small lead, but they're both heading in the same direction.
The thing I would most like to see happen is something that could end up with me in hot water so I'll put the stifle in "stifle it Edith."
30 March 2010 at 15:55

Canadian Blend said…
As you say, the Dems likely have their own stories. The difference is they're not telling *you* to stay out of lesbian-themed bondage clubs and then going themselves.

nonamedufus said…
Don: I don't think it matters what party, or what country, it seems to me politicians have increasingly demonstrated they can't be trusted. The problem with Steele and the RNC is they aren't elected and they've shown themselves to be worse than the politicians they're appointed to help. Where do they get this sense of entitlement? It's pretty sad.
30 March 2010 at 17:48

MikeWJ at Too Many Mornings said…
Once again, I'm thinking about switching parties. Those Republicans sound like a lot of fun. And I love tea sandwiches.
30 March 2010 at 23:16

nonamedufus said…
Mike: Tea sandwiches? Sure the RNC must have been just looking for a Tea Party!
31 March 2010 at 07:36