August 17, 2010
In the doldrums of summer there’s nothing better to keep an idle American interested in American Idol (see what I just did there?) than to leak stories about the coming season’s panel of judges.  After the Ellen experiment exploded (oooh, nice alliteration) in the executive producers’ faces things looked about as bleak as Kara DioGuardi’s next paycheck. (Who?)
But now, Idolettes, word comes of a truly unique pairing of pop music people to join Randy Jackson (who?) on the judges’ dais.
The first is Aerosmith lead singer Steven “Living On The Edge” Tyler who himself let it slip he’d been pegged to replace Simon Cowell. 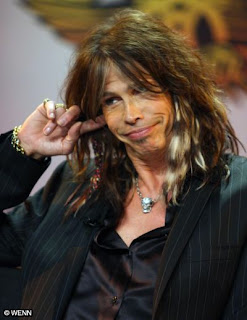 Um, these ears are gettin’ old. Can you crank it down a notch?
Next up is Jennifer “I was Ben Afleck’s main squeeze but then I married Marc Anthony” Lopez.  Nice pair.  Hey! I mean the pair of J.Lo and Tyler. 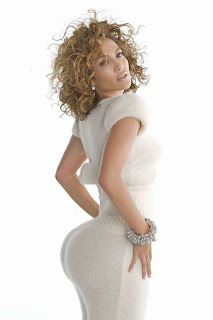 Woah! Is that thing for real?
If J.Lo and Tyler are the best they can come up with, then what are the producers thinking?  And they haven’t even gotten the three judges together to see if they click.  Can’t you just imagine how that meeting will go?
Randy: Hey Dawg, wassup?
Steven: J.Lo’s got a gun..
J.Lo: I’m not gunnin’ for ya, Steve.  I’m just “Feelin’ So Good”
Randy: Was it much of a “Journey” for you guys to get here?
Steven: Not at all. I was in the neighbourhood so all I had to do was “Walk This Way”
J.Lo: Hey guys, “Let’s Get Loud”
Steven: Yeah, if we’re to make this work we’ll have to show some “Sweet Emotion”
Randy: Wow, Dawg.
J.Lo: I think you’re right Steve.  I think we’re getting along now and I just knew we would.  Actually I’ve just been “Waiting For Tonight”
Steven: Oh, me too.  And I “Don’t Want To Miss A Thing”
Randy: Damn, Dawg, you and the lady are so fine.  I’m happy to be in your posse.
Steven: “Dream On”
J.Lo: C’mon guys we need to get along. We need to show some admiration for one another.  After all “Love Don’t Cost A Thing”
Randy: That’s right, Dawg.  Hey, look there’s Ryan Seacrest. Have you guys met him yet?
Steven: “Dude Looks Like A Lady” 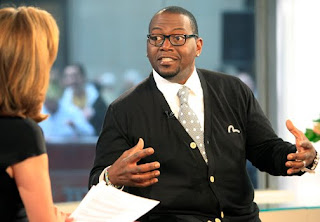 Fat? Yeah, I was fat. I had man-boobs out to here, Dawg.
This post originally appeared at The Parody Files

I admit I have a crush on Steven Tyler. I know he's weird looking, but dang he is all that and a bag of chips!

And I said whoa as I read whoa on that J-lo pic!

Tell me that was photo-shopped!

nonamedufus said…
Quirks: I've never seen anyone do rrrRRRRrrrr in print before. Hell, I can't even do it in real life (as I sit here trying to do it - ha,ha,ha)...which probably keeps me out of a lot of trouble. Yeah, J.Lo's definitely got some junk in her trunk!
17 August 2010 at 11:51

Ziva said…
What can I say, I guess they just have to get "Back In The Saddle" after Simon left. Let's just hope the new judges bring some new blood to the show, it was getting a little "Jaded."
17 August 2010 at 13:26

nonamedufus said…
Ziva: Hey, way to go. I'm proud of you, Ziva. Well done! I thought I covered most of Aerosmith's songs but I don't Walk on Water! This post had it's ups and downs - kinda like Love In An Elevator.
17 August 2010 at 13:56

Donnie said…
Hahaha. Glad you're back and in action. Not sooo glad about the new American Idol judges. I watch that show towards the end of the season. Cowell was the only person that told a contest they sucked when they sucked. Too bad. Back to reruns of America's Got Talent and David Hasselhoff's continuing love affair with himself.
17 August 2010 at 14:11

nonamedufus said…
Don: To be honest I stopped watching before Paula left. The first half of the season was a hoot with all those people who thought they could sing. But it got to be repetitive so I stopped watching. About the only reality show I watch now is Amazing Race. Oh, and AGT replaced Hasselhoff with Howie Mandell.

MikeWJ at Too Many Mornings said…
That may be the single longest series of puns and double entendres I've ever read in one place.

nonamedufus said…
Mike: For the record (get it?) they're mostly song titles.

nonamedufus said…
cardiogirl: Oh that's her. And her butt? About.com says "It is enthroned as an object of veneration on fan websites. It is said to have inspired a new trend in below-the-waist surgical implants. Gossip columnists have worn out thesauri looking for superlatives to describe it — "ample," "deluxe," "abundant," "big."

Sweatha Sanjana said…
A Tribute to Theatre
The Murugan Theatre. It is one of the theatres in Thiruthangal, a small town near the famous industrial town of Sivakasi in Tamil Nadu. The small town had three theatres in those days (1980s). Chinnaknai Theatre was in the northern corner of the town and Balaji Talkies was at the other end, in the southern corner

nonamedufus said…
Sweatha: Wow I must be making inroads on the interwebs if a Tamil/Hindu social networking site is interested in me! Thanks.
18 August 2010 at 07:38

http://howtobecomeacatladywithoutthecats.blogspot.com said…
They'd have to build a special chair on the set just for JLo's ass!
20 August 2010 at 15:56

nonamedufus said…
cardiogirl: Oh that's her. And her butt? About.com says "It is enthroned as an object of veneration on fan websites. It is said to have inspired a new trend in below-the-waist surgical implants. Gossip columnists have worn out thesauri looking for superlatives to describe it — "ample," "deluxe," "abundant," "big."

nonamedufus said…
Mike: For the record (get it?) they're mostly song titles.