The dufus "Dufus of the Week" Award

June 22, 2010
You know it's a slow news day when these kinds of stories capture the headlines.

Here's a guy that gives the rest of us dufuses a bad name.

In Austin, Texas last week some guy tried to rob a gas station with a gun... a caulking gun!  He pointed the caulking gun at the attendant and demanded money.  I wonder if he had "beady" little eyes and moved quickly. 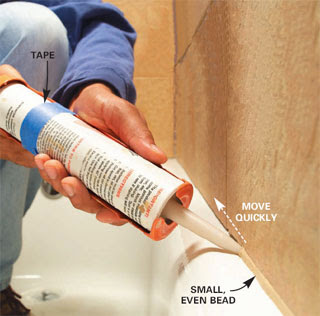 This is just so stupid on so many levels.

"Uh, is that thing caulked and loaded?"

"Hands up.  Any sudden moves and I'll seal you."

"No one will suspect me.  I'll have an air-tight alibi."

The gas station attendant was some 68 year-old dude.  68?  Yeah, he'd probably just been let go as a WalMart greeter.  Anyway, he hit the 17 year-old robber over the head with a plastic trash can who ran away with his buddy...a transgender prostitute he'd picked up earlier in the evening.

Doesn't this story just keep getting better and better?

"Is that a caulking gun in your pants or are you just glad to see me."

"Hey, big boy, you're not the only one with a silicon job." 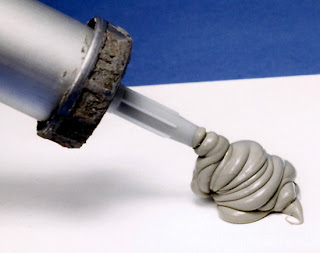 Police tracked the suspect down to his mobile home, where he lives with his mother.  Somehow I could just tell the guy lived in a trailer park.

Seems the motive for the botched robbery was the pair were raising money to buy and smoke crack.

It was doomed to fail, though.  Caulking fills cracks.

In the end, I guess you could say the whole affair was one big caulk-up!

http://howtobecomeacatladywithoutthecats.blogspot.com said…
I feel safer going out at night, knowing that I own a caulking gun... and I know how to use it!
22 June 2010 at 08:03

Anonymous said…
Do you have to have a license for a concealed caulker?

I think here in AZ you don't (anymore) it's our solution to border problems.

nonamedufus said…
Quirks: Don't they issue caulking guns to all law enforcement officers? It's why you have a sealed border.
22 June 2010 at 08:55

Tgoette said…
Here in CA we have an "open carry" policy toward caulking guns. It's just the caulk we can't walk around with out in the open.

nonamedufus said…
Tgoette: What would the world be coming to if everyone walked around with their caulk out. Sheesh.
22 June 2010 at 14:20