The High Cost of Swearing

Did you grow up in a family, or know someone who did, with a Swear Jar?  The concept was every time a family member cursed he or she had to put a dollar in the jar.  The jar served two purposes.  It supposedly cut down on swearing in the house and the proceeds usually went toward a weekly family take-out meal like a pizza or such.

Well times have changed.  In Pennsylvania, if you swear in public you are ticketed.  If proven guilty you can be fined up to $300 (that'd be some pizza party) or jailed.  I kid you not.  Geez, a small fortune could be made at Philadelphia Flyers games - just ticketing the players!

One woman was given a citation that carries a maximum penalty of $300 and 90 days in jail after she swore at a motorcyclist who cut her off.  In another case a man was arrested and jailed for several days after swearing at a policeman giving him a parking ticket. Come on, we've all done that!  Well, maybe not to his face. 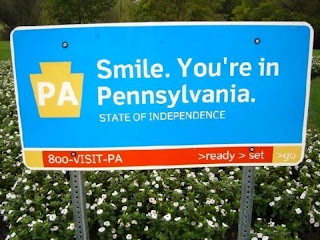 Virtue, Liberty and Watch Your Mouth!
But fear not profane citizens of Pennsylvania, the American Civil Liberties Union is on your side.  The ACLU is suing the Pennsylvania police, arguing that the right to use profanity is protected by the U.S. Constitution.  Huh!

And they've been getting clients off because there's a difference between profanity and obscenity.  I guess if you drop your pants and moon someone, that might be a different matter.  But the ACLU has taken advantage of this crack in the law to get their clients off.

Shit, where was the ACLU when I was a kid?

Anonymous said…
I swear all the time in my head. So with my mental jar, I'm a mental bajillionaire!

nonamedufus said…
00dozo: Imagine if I charged myself while watching the hockey playoffs!
20 May 2010 at 11:54

Nicky said…
What happened to freedom of speech?

Donnie said…
Oh hell! There goes another damned liberty. The liberty to curse. If somebody does it inappropriately, then they look like a fool. So what? I'm with the ACLU on this one... God help me...
20 May 2010 at 16:22

nonamedufus said…
CL: Talk about politically correct in the extreme, I"ve just watched close to 3 seasons of Battlestar Galactica. Every time a character says "fuck" they overdub it with "frack". It's really quite funny.
21 May 2010 at 10:13