Sneaks On A Plane

April 08, 2010
Snakes On A Plane was a 2006 horror movie starring Samuel Jackson.  This story has nothing to do with that.  I just like the pun in the headline.

On Tuesday this week two women took a page out of another movie - Weekend At Bernie's - and tried to sneak a dead guy onto a plane - see, sneaks on a plane - at Liverpool's John Lennon Airport.  The two women had placed the dead man in a wheelchair and put sunglasses on him.  Needless to say airport staff became suspicious when the women said their friend was just sleeping.

I don't have pictures from the incident.  But here's the trailer from Weekend At Bernie's...


The women might have been better off shipping their friend home in one of these. 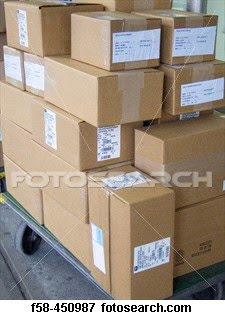 It would have been cheaper to send him in the cargo hold than coach.

But nevertheless, you have to give them credit for thinking outside of the box!


****
The bloggers at Theme Thursday are providing their take on "box" today.  See how they made out.

Moooooog35 said…
In their defense, if you saw the pictures of the guy WHEN HE WAS ALIVE, you really couldn't tell the difference.
8 April 2010 at 08:08

nonamedufus said…
Me-Me: I'm honoured. Thank you. Some days it's hard enough just inspiring myself, let alone others!
8 April 2010 at 09:25

Donnie said…
Cut his legs off followed by the arms. Saw the torso in half. Discard the head and put him in a styrofoam chest with some dry ice. Mark it from: Omaha Steaks. Easy.
8 April 2010 at 09:31

Leeuna said…
Some people will try anything once. Wonder what they were planning to do with the dead guy once they reached their destination. Probably take him on a cruise? Love the title of the post.
8 April 2010 at 10:13

nonamedufus said…
Leeuna: Weird to wonder just what they were thinking. I wonder of the airline was upset that they got "stiffed" for the guy's airfare?
8 April 2010 at 10:43

PattiKen said…
How funny! I can just picture the scene at the airport. It all sort of reminds me of the movie, Waking Ned Devine.
8 April 2010 at 13:43

Julie said…
I liked the interview with them later where they were totally convinced that he must have died whilst they pushed him through the terminal. Adds a whole new meaning to terminal ...
9 April 2010 at 00:45

MikeWJ at Too Many Mornings said…
WHY? Why were these women trying to sneak a dead guy out of the country. Now I have to look it up. More time wasted.
9 April 2010 at 21:40