Quebec Budget Could Hit Residents Where It Hurts

April 01, 2010
The Government of Quebec brought down it's provincial budget this week.  Residents can expect to be seriously out of pocket in the coming years due to various taxes and levies.

Among the measures are an increase in the gasoline tax, a health care levy based on the number of times a patient visits a doctor in a year, a hike in electricity rates, an increase in tuition fees as well as the cost of visiting provincial parks.  The province's sales tax, currently at 7.5 per cent, will rise to 9.5 per cent within 2 years.

But that's not all.  In a related announcement, the province's transport Minister proposed what he referred to "cost-saving energy related measures".  The measures, said the Minister, would result in substantial savings for the province. 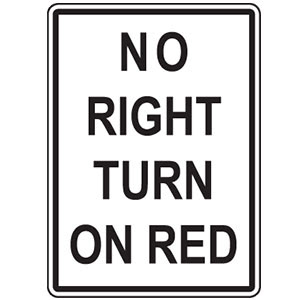 For example, the traffic rule where right turns on red lights are forbidden in larger Quebec cities would be rescinded immediately.  The Minister says the rule is an "energy waster" as cars must stop and idle, burning fuel unnecessarily while waiting for the light to change.  "No right turn on red" signs will be replaced by "ready or not" signs. 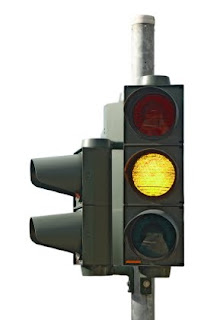 Similarly, the yellow warning light in all traffic lights will be removed.  The Minister says too much power is being generated by all those yellow lights at all the intersections in the province and an incredible savings could be achieved through their removal.  "Step On It" signs will be installed at all intersections to replace yellow caution lights. 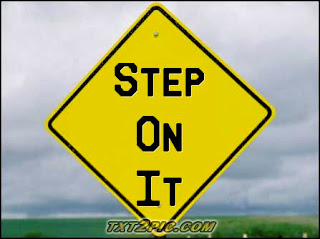 And finally, due to these traffic changes, the pedestrian "walk/don't walk" signs at intersections will be removed and replaced with "run like hell" signs.

See how other bloggers have interpreted this week's topic of "yellow" at Theme Thursday.

Brian Miller said…
haha. i was waiting on someone to mix in april fools with their TT post and you did not disappoint...can we really get those step on it signs. smiles.
1 April 2010 at 07:28

Donnie said…
I was having no problem with this until the "run like hell" line. It all sounded so much like current Americana. I hope you didn't give the politicians here too many ideas though.
1 April 2010 at 09:40

Anonymous said…
LOL.
Here in Youngstown stop signs mean to slow down under 30 MPH. Right turn on red, hell, we have left turn on red.

nonamedufus said…
Ziva: The first half of the story is true. The second half makes about the same amount of sense. Taxes!
1 April 2010 at 10:18

nonamedufus said…
Don: Ha, ha, wouldn't you love to see something like this. Given the silly things our politicians and their bureaucrats come up with it's not beyond the realm of possibility!
1 April 2010 at 10:20

nonamedufus said…
lotgk: Here in Quebec, we thought we were unique in that the majority of drivers zoom right through stop signs. It's crazy. For years they'd talked about replacing them with WWT signs - Woah, Woah, Tabernacle. That'd be like an SSS sign in English - Stop, Stop for Shit's sake!
1 April 2010 at 10:26

nonamedufus said…
VE: Around here they wait for the red, then gun it. I swear most drivers are colour blind.
1 April 2010 at 11:31

Tom said…
ah! you suckered me.

Driving is really good way to raise your blood pressure. Who needs roller coasters!?
1 April 2010 at 15:36

MikeWJ at Too Many Mornings said…
America is so progressive compared to Canada. We've had right turn on red here for decades. High taxes, too, except all the money goes to failing Wall Street and insurance companies.
2 April 2010 at 00:35

nonamedufus said…
Mike: I can recall driving through the States and getting honked at because I didn't know which State allowed right turns on red. On the high taxes thing, I wish I knew where the money went. Certainly not back to me in any way, shape or form.
2 April 2010 at 08:20