Is This Idea Dead On? 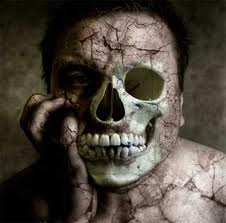 Interesting news last week for movie fans. Star Wars mastermind George Lucas is taking CGI to the next level. And he's digging deep to bring the latest cinematic development to the screen. I don't mean his wallet. After all, what's money to George Lucas? No he's digging deep into the graves of dead stars to resurrect them on screen.
This is a fascinating, if not ghoulish, development. Ha, I wonder if this is the only way for Mel Gibson to resurrect his film career? He's sure having trouble doing it while he's alive.
Will Lucas call his film Night of The Living Dead? Oh, right, that's been done before.
Maybe he could raise Herve Villechaize, Gary Coleman and Billy Barty from the grave for a film. I dunno. It'd probably be a short. How about a remake of Little Men?
If it's a Star Wars sequel he's planning, Chris Farley might make for an entertaining Jabba the Hut.
And Liberace might take a turn as Gay Radar, a distant cousin of Darth Vader, "Luke, I'm not your father."
How about digging up Joan Crawford and Bette Davis. Maybe we'll find out whatever happened to baby Jane?
There's a big trend these days towards remakes and reimaginings of films in Hollywood. So here are some possibilities with back from the dead actors in leading roles.
Star Gores
Didn't Die So Hard After All
Full Metal Casket
No Need To Save Private Ryan
A Few Good Dead Men
It's A Wonderful Afterlife
The Undeparted
Dead and Deader
Slow and Not So Furious
Conan The Zombie
The Ghoul With The Dragon Tattoo
Not Gone in 60 Seconds (Not Gone Ever)
Face/Off, Hands/Off, Ears/Off
The Casket Crashers
God I hope George Lucas rethinks this. Lord help us if it's the next big thing!

Anonymous said…
All of these sound grand to me! But then again, I have a soft spot in my heart for the undead.

http://howtobecomeacatladywithoutthecats.blogspot.com said…
How about:

Tell them Willie Boy is Dead
Gory Road
To Kill a Mocker
No Country for Dead Men
Gone Deadie Gone
Body of Dies
16 December 2010 at 09:53

nonamedufus said…
Cdn. Blend:I never got into the subsequent trilogy, or prequel I guess. I had to Google Jar Jar. I thought maybe he might have been a reject from the bar scene.
16 December 2010 at 10:46

nonamedufus said…
Quirks: You know I thought this might appeal to you for some reason. hahaha
16 December 2010 at 10:48

The Chronicles of Dead Dick
The Undead Zone
Night At The Mausoleum
Pursuit of Undeadliness
The Replacement Parts
Grave's Anatomy (yeah, I know it's a book)

Bluezy said…
I am a serious Sci Fi fan and all I can say is blasphemy!
I am so serious that I am thankful that I did not die before knowing whether Han Solo was going to survive the carbonite prison! We need more cult sci fi.
I am not amused.

Kimber Leszczuk. said…
I wonder if it will be in 3D?

nonamedufus said…
00dozo: There's nothing I like better than a participatory post. Those were great ones. I particularly liked Grave's Anatomy.
16 December 2010 at 18:48

nonamedufus said…
Bluezy: Oh I felt the same way about that carbonite thing. I wash sure he was a goner. Guess I needn't have worried. Lucas simply raised him from the dead!
16 December 2010 at 18:51

Dead Again, Again
The Undead Zone
Die Hard With an Asterisk
Akeelah and the Zombie
16 December 2010 at 20:29

Linda Medrano said…
Your suggested titles are nothing short of brilliant! Love them!
16 December 2010 at 20:49

injaynesworld said…
I'm sure the studios would love it. Living actors are such a pain in the ass to deal with.

nonamedufus said…
Jayne: It might be welcomed by agents, and justify what many think. Those guys are a bunch of bloodsuckers anyway.
17 December 2010 at 08:18