July 22, 2009
In Berlin, Germany police recently nabbed a kinky crook. Reuters reported earlier this week that police arrested a 46 year old man caught nicking 3 pairs of knickers from a sports store and uncovered over 1,000 pairs of underwear and more than 100 pairs of swimming trunks at the home of this wannabe Calvin Klein.

I guess you could say that after pooling their resources police nabbed the swimwear thief.

If he hid the swim suits in trees you might say police discovered trunks...in trunks.
If he hid the underwear in a tree did he get his panties in a knot?
If it didn't take police long to solve the crime, you could say he was arrested after a brief investigation. 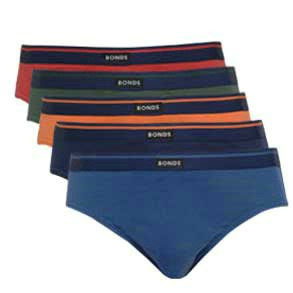 If the thief was a drunk Caucasian, you could say police detained a tighty whitie.

Upon searching his house I wonder if police discovered what was in his drawers.

Maybe after an initial investigation police came up shorts.
Nevertheless they got him in the end. 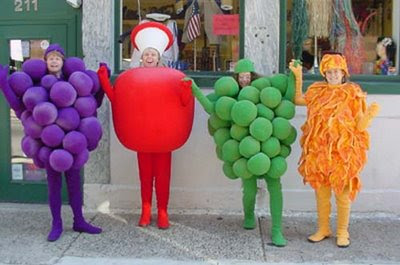 If he was gay with an underwear fetish he might have been a fruit of the loom.
If he was a tall pirate with an everyday name would police refer to him as Long John?

If he was a pugilist and he escaped from jail, would police be on the lookout for a missing boxer? 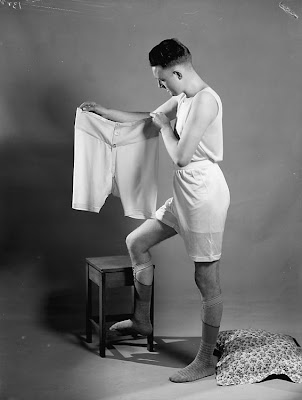 Did they catch him under there? Under where?

Maybe police were alerted by his loud voice. You know, perhapth he wath thinging a thong.

He and his buddies weren't always criminals. In fact, you might say they were late bloomers.

Was this underwear collector guy effeminate? You know, a real pantywaist?

If he escaped on a horse did his pursuers jockey for position?

If it was a pursuit did police catch him on the fly?

Perhaps police nabbed the man after a lengthy foot race because he couldn't catch his breath in short pants.

Perhaps, perhaps not. It all depends.

Anonymous said…
See, you're good. I tried to think of a way to spin that into a pun, but it just wouldn't come. :-)