July 26, 2009
Walter Cronkite passed away last week at the age of 92. Cronkite helmed the CBS Evening News for almost 20 years and in countless surveys throughout the years was voted "the most trusted man in America". He has been associated with two key events in particular: his coverage of the death of John F. Kennedy and of Neil Armstrong's walk on the moon.

Ironic he should pass away at about the 40th anniversary of that latter event. Ironic, too, that he should be replaced by Comedy Central's Daily Show host Jon Stewart who last week was rated America's most trusted news anchor in a Time magazine poll. These ironies didn't escape editorial cartoonists this week... 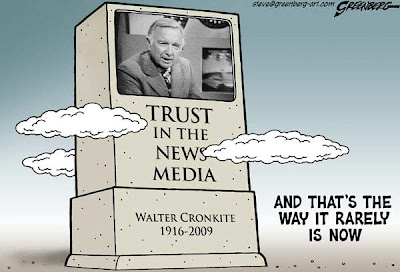 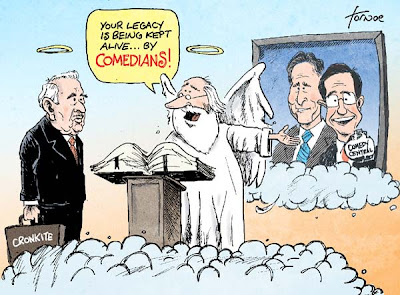 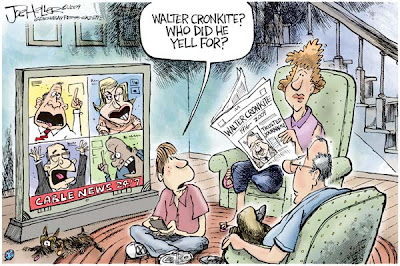 But now I love and trust Jon Stewart!

Unknown said…
The cartoonists have nailed it right on the head.

nonamedufus said…
CatLadyLarew: That's the way it is, but it's something of a sad commentary on where people get their news - from a comedian!