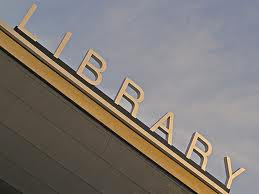 In Boise, Idaho a senior citizen was recently arrested after a string of unusual book deposits at her local library. It seems since 2009 someone had been leaving little surprises in the drive-up drop-boxes resulting in books being covered in such items as maple syrup, mayonnaise and ketchup.
The old condiment Queen was charged with 10 such slimy deposits over the last two years. Her efforts caused roughly $1,000 in damages.
Police say the woman, who's now spending a month in jail, apparently had some issues with the library's patrons and staff. Hmm. No kidding. 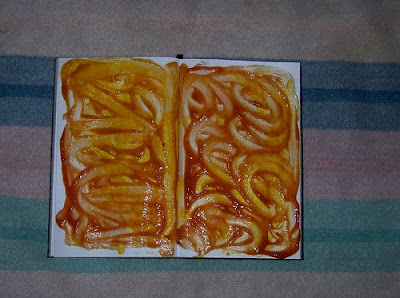 As I understand it, to save money, the library decided to simply rename some of the classic volumes the old biddy had damaged.
These books are rumoured to include:
To Syrup With Love
Pride and Pear Juice
Mess of the d'Urbervilles
The Invisible Yam
Don Chipotle
Great Eggspectations
The Red Badge of Ketchup
Uncle Tom's Mayo
Robinson Caruslaw
Middle Mush
Catsup-22
The Unbearable Relish of Being
Moby Pick-le
The Ketchup in The Rye
The Strange Case of Dr Dijon and Grey Poupon
Librarians decided to leave Jean-Paul Sarte's classic Nausea well enough alone.
Police did not expect to encounter any further Grapes of Wrath as the 75 year-old culprit has been banned from the library for two years.

Cruella Collett said…
Tee hee, I think I would prefer some of these reads, actually, as some of the classics definitely could use some spice-ing up... Glad to hear she's been caught, though - there can be no sin greater than damaging a book!
7 February 2011 at 08:05

nonamedufus said…
Cruella: As we all know if you relish books some of the classics can be quite a tasty read.
7 February 2011 at 08:11

http://howtobecomeacatladywithoutthecats.blogspot.com said…
Perhaps it was her own way of banning the books. That Huckleberry jam smeared all over Mark Twain was inspired.
7 February 2011 at 11:23

Donnie said…
I didn't see a footnote or credit anywhere so I assume you made came up with that list from the top of your head. Very well done. Right up your alley. How do you think like that? Weird and I like it.
7 February 2011 at 11:27

nonamedufus said…
Boom Boom: Well, she must have liked reading because she certainly devoured those books.
7 February 2011 at 12:26

nonamedufus said…
Donnie: The story's true enough - weird as it is - but I couldn't resist taking some liberties in retitling a few classic tales.
7 February 2011 at 12:28

nonamedufus said…
kathcom: Glad you did. Not sure Cervantes would share your enthusiasm.
7 February 2011 at 12:30

00dozo said…
My condiments, oops, I mean compliments to your list of classics. "Don Chipotle" cracked me up! Ha!

nonamedufus said…
00dozo: Haha, those are good ones. I was torn on the title for my post. The other one was Crime and Garnishment.
7 February 2011 at 12:48

Anonymous said…
Hahahahaha! This was MOST excellent and funny Sir Nomie! Eggspectations? LMBO royally!
7 February 2011 at 12:51

Nicky said…
That was hysterical. I think, though, that a well-rounded diet is important, so I would include the following contemporary items:

nonamedufus said…
Nicky: Oh, I love those. You've got the hang of this. The Girl Who Played With The Deep Fryer...nyuk, nyuk.

00dozo said…
Ha! "Crime and Garnishment" is a good one and probably more appropos!

cardiogirl said…
I guess the lesson here is: don't piss off an old lady packin' mayo. I have to say I would have been furious with that lady.

nonamedufus said…
cardiogirl: Jane Fonda, yeah. Maybe she was shooting a sequel "They Deface Library Books, Don't They?"
8 February 2011 at 07:53

meleah rebeccah said…
I love the name "The old condiment Queen" Ahahahahhahahahah. That's cracking me up!
9 February 2011 at 18:25

nonamedufus said…
meleah rebeccah: Well thank you. I came up with that all by myself!
9 February 2011 at 22:09

00dozo said…
Ha! "Crime and Garnishment" is a good one and probably more appropos!